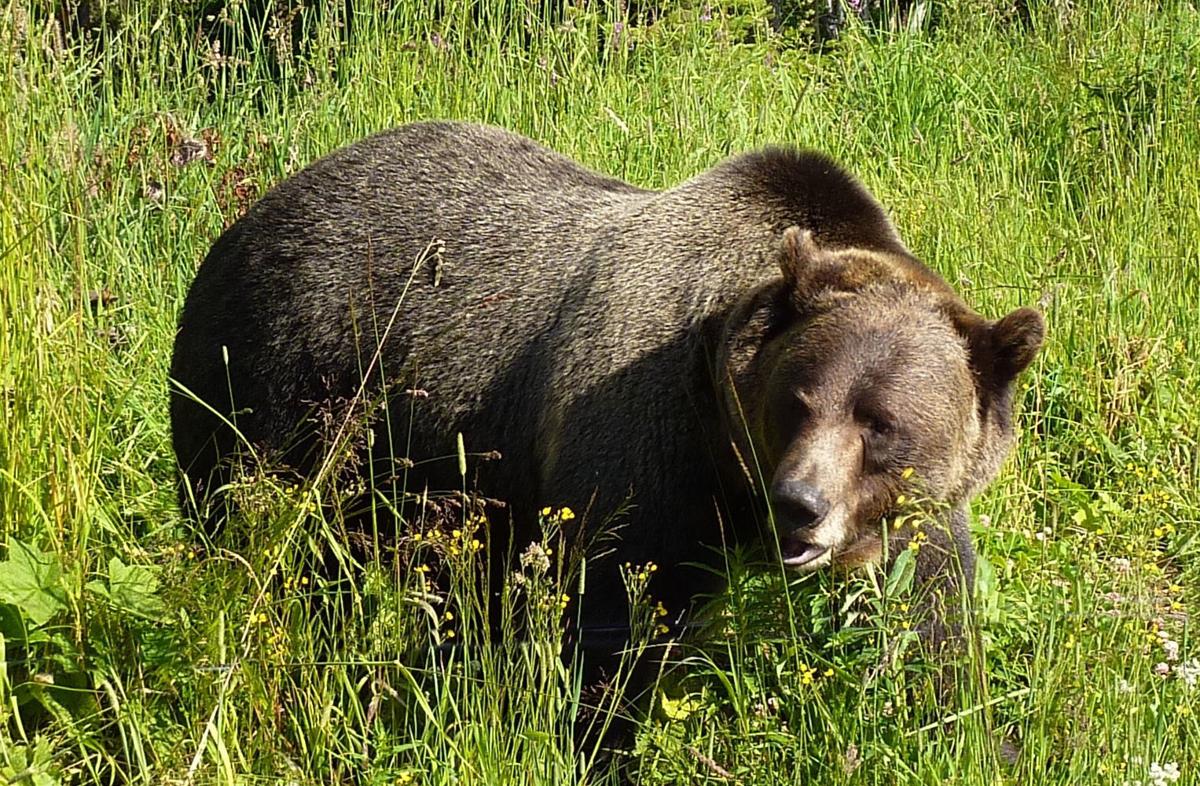 Grizzly bear encounters are up in the Island Park area of Idaho along the Snake River. Area residents, recreational hikers and hunters have been reporting grizzlies and their tracks in the mountains and on the trails around the Henrys Fork area.

There is some evidence that grizzlies are spreading south from the Selkirk and Bitterroot mountains and the Cabinet Mountains into Idaho. There also may be some grizzlies coming into Idaho from Grand Teton National Park.

Although we have a good idea of the number of grizzlies in Yellowstone National Park, it is hard to get specific numbers of grizzly bears in Idaho, Wyoming and Montana, but Idaho has the fewest of the three states.

We also know that there are about 1,000 grizzlies in the North Continental Divide, which runs from Kalispell, Montana, all the way up into Canada. This includes Glacier National Park in the United States and Waterton National Park in Canada. Most of those bears live in the Canadian area of the North Continental Divide. The Cabinet-Yaak mountains of Northwest Montana reportedly have about 50 grizzlies

It is estimated that about 524 grizzlies live outside but around Yellowstone National Park.

Scientists in Idaho predict that grizzlies will eventually move back into the Sawtooth Mountains of Idaho.

Currently, there are 40 to 60 grizzlies that inhabit the Selway-Bitteroot Mountain recovery area, but those bears roam through Washington, Idaho, Canada and Montana, making it hard to tell how many of them are in Idaho at any one time. However, we do know grizzlies are being seen with more frequency in Island Park and a grizzly was recently photographed along the Snake River 15 miles north of Idaho Falls.

Because Yellowstone National Park has more than 700 grizzly bears in and around the park, the U.S. Fish and Wildlife Service has proposed removing federal protections in favor of an oversight plan that would be enforced by state governments and would allow hunting grizzlies that roam outside of Yellowstone.

Currently, Idaho and Wyoming have plans for a grizzly bear hunt in 2018. Montana has decided not to allow hunting of grizzlies in 2018, but has not ruled out allowing hunts in the future.

Several environmental groups and Native Americans are in the process of suing to get protections of grizzlies restored. One particular issue these groups are concerned about is Wyoming’s decision to allow two female grizzlies to be hunted.

Hunting is a legitimate tool in managing wildlife and generating funds for habitat restoration, but many question whether the U.S Fish and Wildlife Service and the states surrounding Yellowstone National Park have done all they should to assure that hunting grizzlies won’t put the bears in a period of decline and require another 43 years for recovery.

The U.S. Fish and Wildlife Service insists that all criteria were met to remove protections from grizzlies outside of the Demographic Monitoring Area surrounding Yellowstone National Park and that each state where hunting the bears is allowed is following a formula that will prevent the future decline of grizzly numbers.

Although the decision to allow grizzly hunting is not without controversy, I think the research by scientists working with the U.S. Fish and Wildlife Service is sound and turning management of the number of grizzlies that can be hunted over to the states based on mortality studies each year is also sound, and will provide the funds to support future studies and habitat restoration.