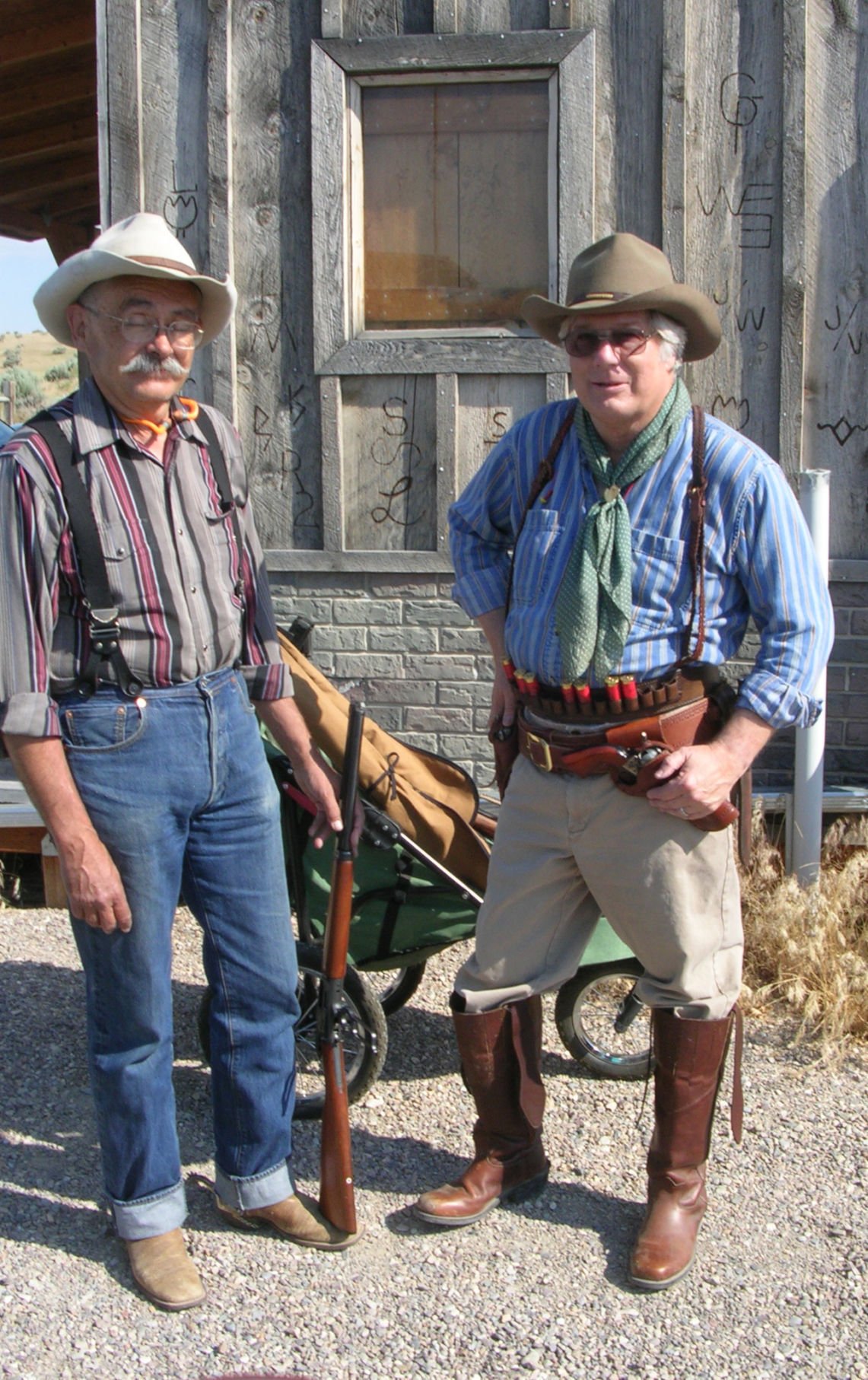 How would you like to have a bunch of friends with aliases like Hank Crawford, Klamath Jack, Slick Steve, El Jefe, Jack Chisum, Dave Mather, Cactus Jack, The Kingfisher, Luke Short and Shotgun Sadie?

How would you like to dress up in authentic Old West attire, wear one or two single-action six guns on your hip and compete in shooting contests with a lever action rifle, a shotgun and single-action pistols.

If so, step right up “pardner” and get involved with Cowboy Action Shooting. There are currently two Cowboy Action Shooting clubs associated with the Gate City Sport Shooting Association at the shooting range off of 2 1/2 Mile Road east of Chubbuck. The Southern Idaho Rangers, and the Vaqueros are always looking for new members to join them at the Old West Gullyville shooting bay where a saloon, mercantile store and hotel have been constructed.

Come for the fun and stay to meet the people who participate in this aspect of the shooting sports. I guarantee you will like them, and just maybe, you will have to be a part of the fun and will find yourself thinking of an alias and looking for Old West attire to wear.

Safety is the order of the day, and Cowboy Action Shooting ranges are cold ranges, meaning that all guns are unloaded, and are only loaded at the loading table prior to shooting at the targets on the range.

Firearms are then taken to the unloading table to eject spent brass and to check to make sure they are unloaded. All rifles and shotguns in racks must have their actions open. Single-action pistols can only be loaded with five rounds and the hammer must rest on an empty chamber.

The 170 Rule is always in effect while shooting, meaning that the rifle, pistol or shotgun may not break 170 degrees as the shooter fires on the course.

Fanning of single-action pistols in order to shoot targets faster is prohibited. Leaving a live round in a holstered pistol is counted as a miss. Contestants may not move with a cocked weapon. Penalties will be assessed for dropped weapons. Everyone is a safety officer and may help keep the range safe by instructing others to follow the rules.

There are actually a couple pages of rules but the above should serve to give you the spirit of safety that Cowboy Action Shooting tries to enforce. Besides, I was having trouble writing fast enough to write down the rules I remembered while they were being presented to the contestants.

The Vaqueros are affiliated with a national organization, the Single Action Shooting Society. The group tries to qualify for Winter Range each February, and End of Trail, which is the national championship competition in New Mexico each June.

They hold a shoot on the third Saturday of each month, weather permitting. For further information on the Vaqueros, contact Steve McClung at smcclung752@msn.com.