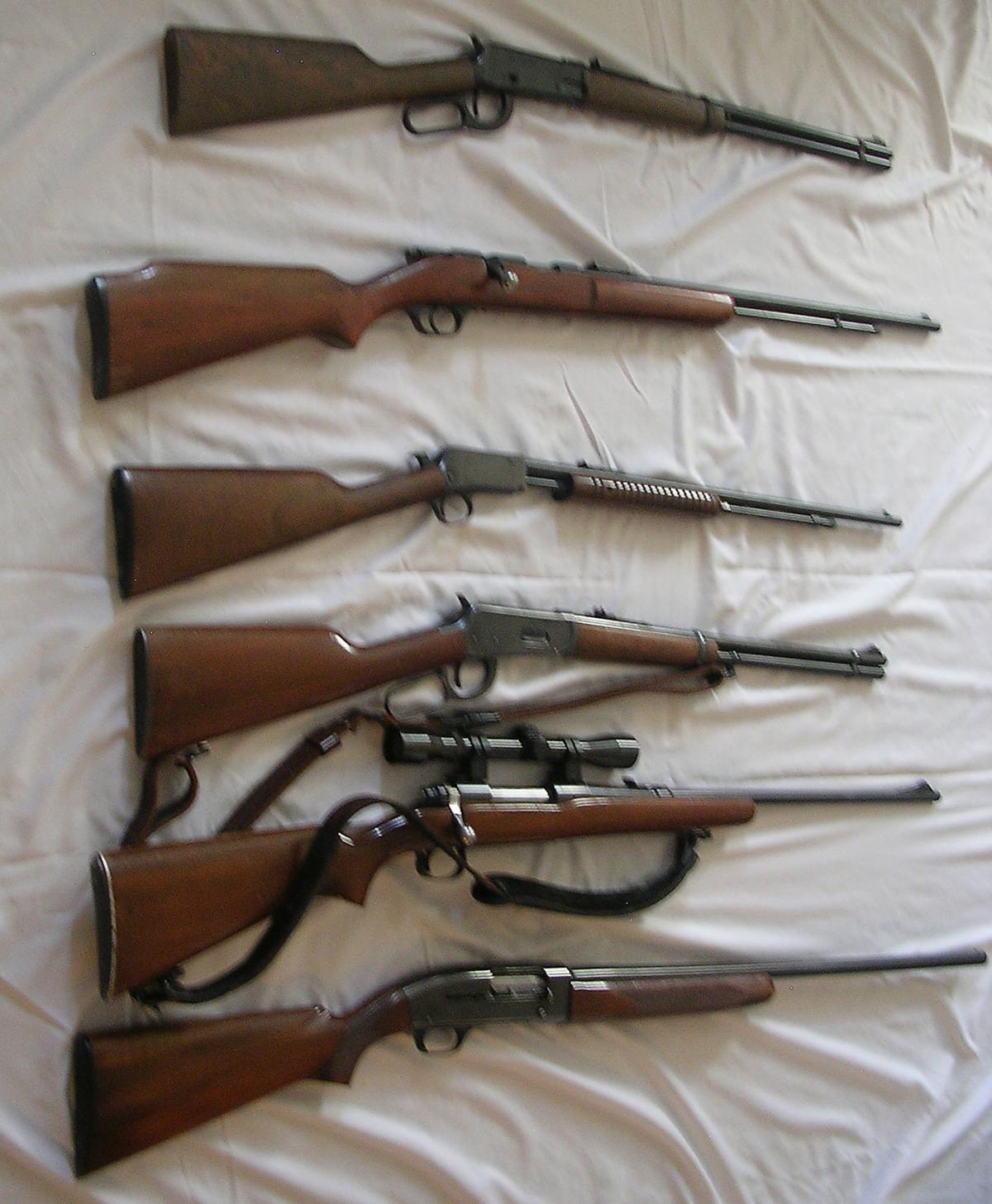 The six rifles I grew up with.

The six rifles I grew up with.

The Bible tells us to put away childish things.

I suppose that directive is aimed at the fact that at some point, we have to grow up and assume the responsibilities of adulthood. I really don’t disagree with the idea that we eventually have to get serious, decide what we want to do in life, set goals and join the rest of the adults who are working hard to make a living and raise families.

After all, the training we received in learning to handle firearms safely and competently was part of the training that eventually turned young men and women into responsible adults, who then turned around and trained their own children in the same skills.

In my case, while I was training my own children, I had the added advantage of the NRA’s Eddie Eagle video that taught children to “STOP, DON’T TOUCH, LEAVE THE AREA, TELL AN ADULT,” if they ever saw a gun somewhere.

The kids loved the video and would go get it and play it themselves to watch Eddie Eagle fly around town instructing the children that guns weren’t toys. As they grew older, they went to the range with me and learned how to shoot safely and competently.

My early training was conducted by my father. When I was 6 or 7, he bought me a BB gun rifle and started teaching me firearm safety and marksmanship. Living on a horse ranch made it possible for me to practice with that BB gun a lot.

When I was 10 years old, I received a .22 rimfire rifle and my dad took me jack rabbit hunting on the Arco Desert where several farmers had told him to bring me and shoot the rabbits that lived in the sagebrush around their farms.

At age 12, I received a .30-30 Winchester lever-action rifle and my father bought himself a Remington Model 721 .30-06, so we could go deer and elk hunting with my uncles in the Little Lost River country and the Sulpher Springs area around Soda Springs. Dad also bought two Winchester Model 50 shotguns at that time.

My father also told me that the Model 50 Winchester was the last firearm he was going to purchase for me. From that point on, I had to buy any additional firearms I wanted myself.

That was OK with me. I was pretty well trained at that point in firearm safety and was starting to train and take care of my dad’s horses for a monthly salary. Although, I’m not sure you ever make as much working for your father as you do working for someone else. At any rate, it got me through high school and I made enough to buy a car and a gun or two.

At 19 years of age, I left the ranch and Pocatello for a couple of years. I returned in August of 1966 and resumed my horse training duties during the summer months, did some hunting, got married and had finished college and graduate school by 1975.

When my father died in 2004, I inherited his Winchester Model 62A pump .22 rimfire rifle, which I always liked better than my own, and was able to convince my brother to sell me dad’s Remington 721 .30-06.

I think that people who allow themselves to forget the things that gave them the most pleasure during their youth, or think that those were childish things and should be left in the past, may not realize that some of the most important lessons we learned on our way to adulthood were taught through instruction in safe firearm handling and marksmanship training.

My BB gun rifle, my first .22 rimfire rifles, my dad’s .22 rimfire rifle, my .30-30 Winchester lever-action rifle, my dad’s Remington Model 721 .30-06, and my Model 50 12-gauge shotgun each represent important phases in my journey from a very young boy to a responsible and skilled ranch hand and horse trainer, and eventually to an adult with a family to raise.

The late Col. Jeff Cooper liked to refer to the training as teaching his children to, “Ride Hard, Shoot Straight and Always Tell the Truth.” What else would you need to master in order to be a responsible adult?