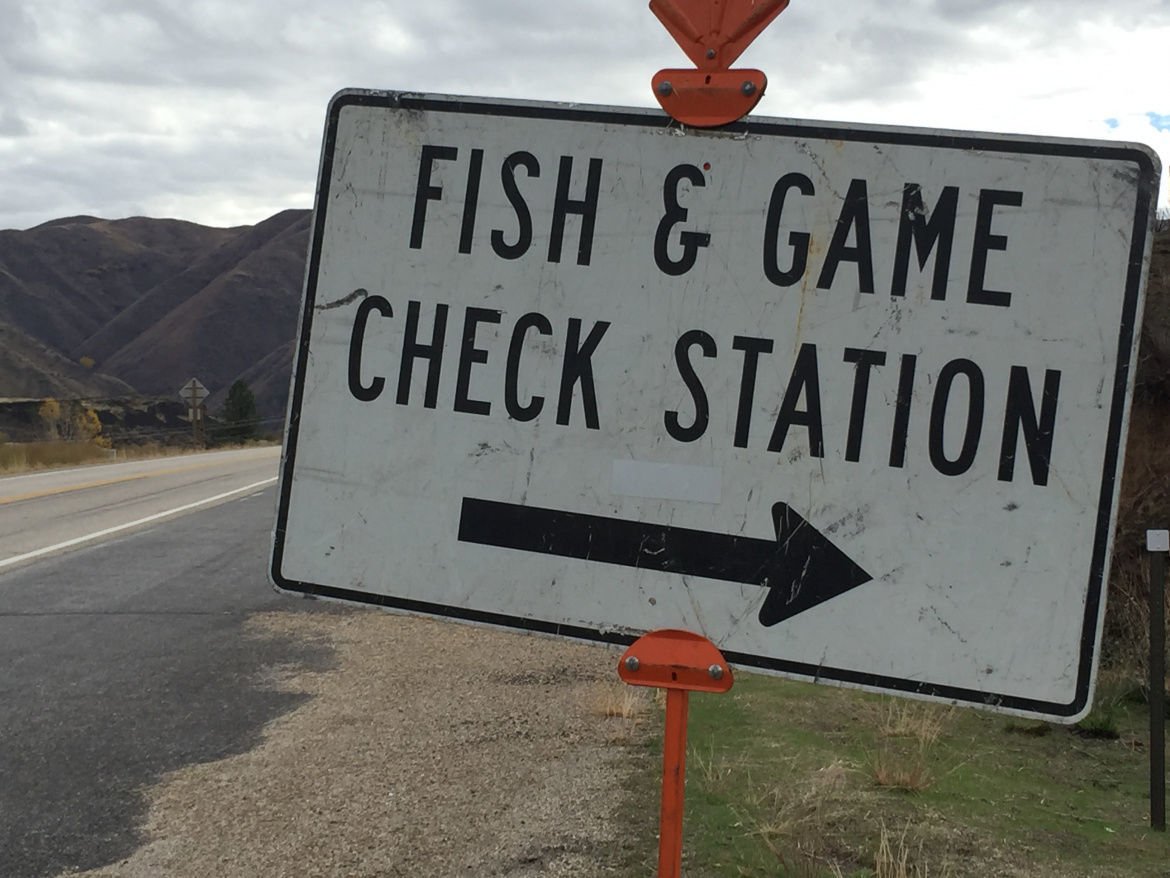 Idaho Fish and Game is being vigilant this hunting season to check for chronic wasting disease in deer and elk harvested in surrounding states. 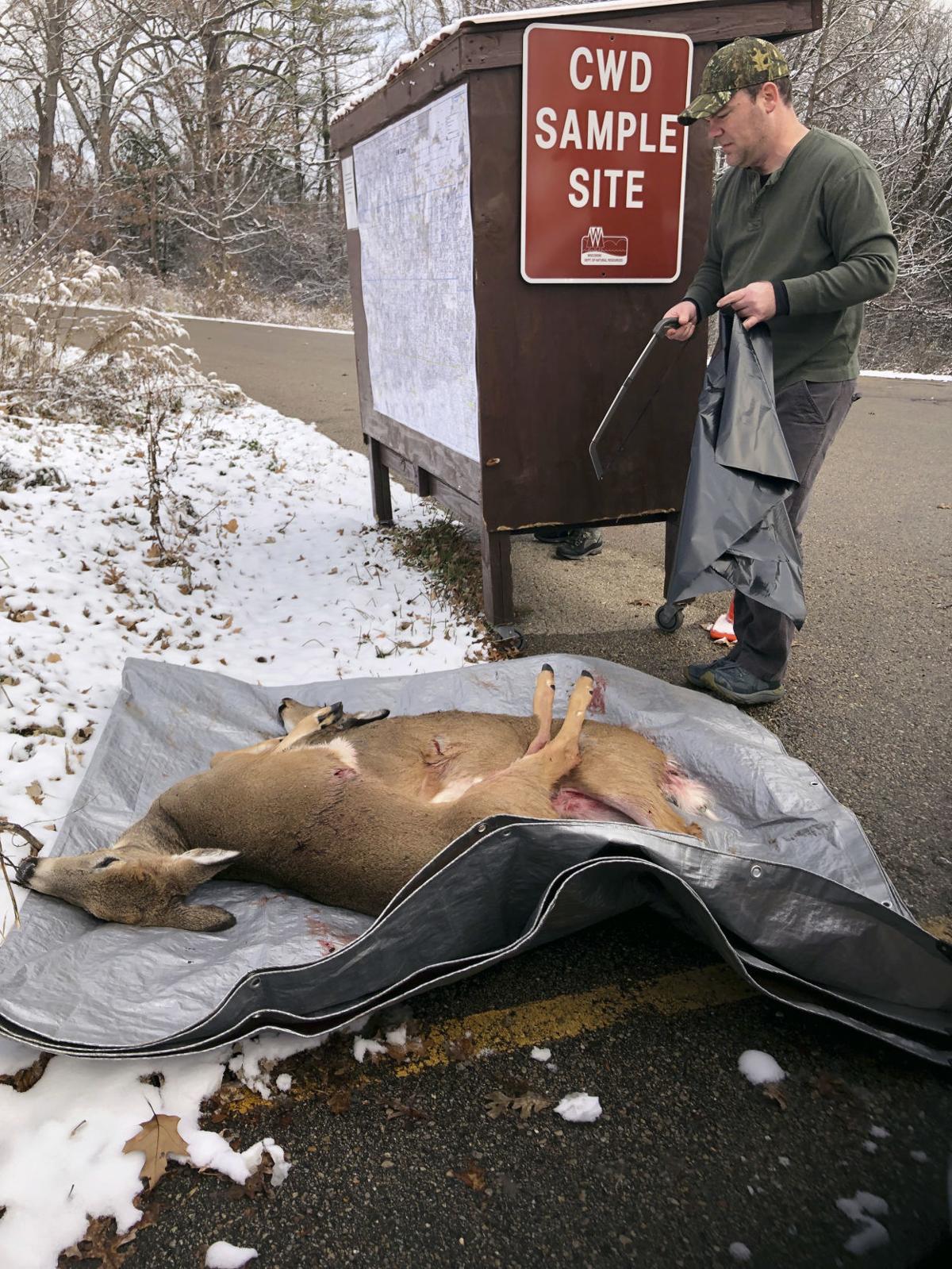 Paul Boehnlein prepares two young deer shot by his hunting partner Kristin Braziunas for testing for chronic wasting disease on Nov. 17 at the sample site behind the Wisconsin Department of Natural Resources office in Fitchburg, Wisconsin. The animals were shot in Iowa County, where CWD is prevalent in the wild deer herd.

Idaho Fish and Game is being vigilant this hunting season to check for chronic wasting disease in deer and elk harvested in surrounding states.

Paul Boehnlein prepares two young deer shot by his hunting partner Kristin Braziunas for testing for chronic wasting disease on Nov. 17 at the sample site behind the Wisconsin Department of Natural Resources office in Fitchburg, Wisconsin. The animals were shot in Iowa County, where CWD is prevalent in the wild deer herd.

There’s a deadly disease with no known cure affecting deer, elk and moose roaming Idaho’s eastern border, and its carriers are poised to creep into the Gem State.

“I can’t tell you when it’s going to show up, but there’s a strong chance that it will in fact show up in Idaho. Sooner than later,” Idaho Fish and Game wildlife biologist Matt Pieron.

CWD is typified by chronic loss of weight, difficulties in movement, tremors, nervousness and behavioral changes. The disease attacks an animal’s brain and nervous system. It is always fatal. Although the disease has not been found to affect humans, the Centers for Disease Control and Prevention and the World Health Organization have both recommended that humans do not consume the meat from animals that have tested positive for CWD.

With CWD knocking at the borders, Idaho Fish and Game is taking the threat seriously.

This year, the department issued its “Strategy for Chronic Wasting Disease” outlining prevention, surveillance and post-detection measures. Pieron said the state rotates focusing its CWD check-station efforts throughout the state but keeps a constant vigil at all check stations in Eastern Idaho. During this fall hunting season, the department issued new transport rules for animals harvested in other states to keep potentially infected animal parts out.

“If you’re a hunter and harvest an animal — deer, elk or moose — from another state that does have chronic wasting disease, you cannot transport any spinal cord or brain tissue from those animals into Idaho,” Pieron said. “That’s a preventative measure that we’ve instituted.”

Pieron said check stations along the Idaho-Wyoming border have had to remove brain and spinal columns from animals before allowing them to enter the state.

“Some of our Idaho check stations where we stop people we’ve had to work with people,” he said. “It’s a new rule and they may have not been aware of the changes. We could confiscate their animal but we didn’t do that. We work with them, get the spinal column removed and their animal capped and send them on their way. As we move forward and people become accustomed to the rule we’ll be tougher on enforcement with that law.”

James Brower, volunteer service coordinator for Fish and Game in the Idaho Falls region, said one of the biggest challenges to preventing the spread of CWD into Idaho is the migratory nature of mule deer and elk.

Indeed, a recent study by the Matt Kauffman Lab of the University of Wyoming on mule deer migrations showed one collared doe wintered near Rock Springs, Wyo., and traveled north through Pinedale, Wyo., Grand Teton National Park and into Island Park near Harriman State Park for the summer.

“She walks by lots of other mule deer, some who are making a similar movement as her, some totally different movements,” Pieron said. “Migratory animals are doing some crazy wild stuff moving all over the place.”

“We’re dealing with mobile critters,” Pieron said. “In a place like Wisconsin or Michigan they’re dealing with largely nonmigratory whitetail (deer) with small home ranges. We’ve got animals, some of which are migrating for more than a hundred miles in the West from their summer to their winter ranges. So if we detect CWD on the winter range, where do we start to manage that population? … How you deal with that animal is a totally different ballgame.”

CWD has been in other states for decades and those states’ challenges have helped Idaho wildlife biologists prepare for the worst. Brower and Pieron said the focus is on preventing the disease from coming to the state because “there’s not a whole lot you can do when it’s here,” Brower said.

Some countries such as Norway took a radical approach when 17 cases of CWD were found in reindeer herds. The Norwegian Environment Agency killed 1,407 wild reindeer starting in November 2017.

Pieron said it has been shown that if CWD becomes widespread it can impact deer populations. Part of the challenge is how the disease can linger in the ground and on plants. In scientific lingo, CWD is a transmissible spongiform encephalopathy — a disease similar to scrapies in sheep or mad cow disease in cattle — where misfolded proteins, called prions, accumulate in the brain.

“Prions are not a bacteria and they’re not a virus,” Pieron said. “We know that animals excrete those prions in saliva, feces, urine. If you have animal-to-animal contact, they can be transmitted that way. If you have an animal salivating or urinating on the ground then you have prions for an animal to be exposed to. Excreted prions can stay on plants and in soils for years. These prions can sit around inactive for 15-plus years. If an animal comes into contact with those they can be taken up that way.”

CWD has an affect on hunters, Pieron said. Different states do things differently. Most offer hunters testing for the disease before they consume the meat.

“There’s people in some states where the hunters get their deer tested and can make a decision on what to do with the meat afterward,” he said. “Some hunters in states with extremely high rates of CWD don’t want to know. They don’t want to have their animal tested. They keep on rolling like they always have.”

When CWD is identified in Idaho, Fish and Game plans to establish a CWD Management Team to respond with identifying the area, informing the public and testing the area’s population. But so far, short of removing the entire deer population, no cure is on the horizon.

“It’s a big issue because we don’t have a clear understanding of how the disease works or exactly how it’s spread and what we can do about it. It’s perplexing for sure,” Pieron said.