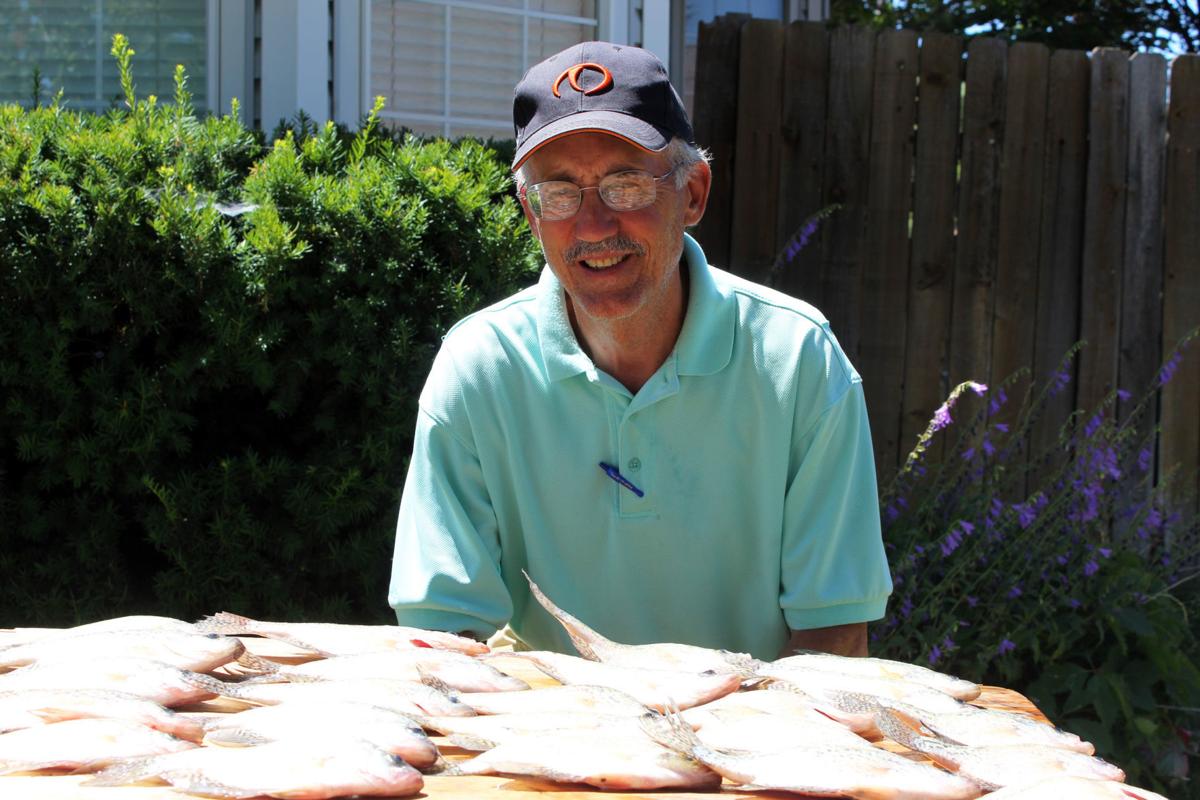 Every time I fry up a mess of crappie, it reminds me why I love fishing for them.

Every time I fry up a mess of crappie, it reminds me why I love fishing for them.

Normally, my crappie fishing in Idaho is over by the end of May, and after the first week of June, it’s over near Oregon. But for whatever reason, last year it kept getting better and better until I quit fishing in September to go bowhunting.

I wonder if that will be the case this year?

This year has been the best of my life, discounting the first three trips, which were all wash-outs. On the fourth trip I caught 176. My daughter and I caught 213, Ron and I caught 235, Cris and I … I lost count.

Last weekend, I only got 55 but I got there late and only got to fish four hours. And they have been getting progressively smaller the last three trips. The first couple of trips, I was catching the largest crappie I ever have.

I’d like to go again, but I have to prepare for my seminars at The Great Northwest Outdoor Expo, so I guess I better hang around. Plus, there’s supposed to be a bit of wind so maybe I’ll go Monday.

The catching format is pretty much the same. Except that you won’t catch any with a bobber right by the bank, though in the late evening it seems like they’ve moved up closer. I’ll throw my jig up within a foot of the bank and then slowly retrieve it. The way that I’m catching most of them is to slowly lift the rod tip and then take a crank or two and repeat all the way back to the boat.

I’ll get a lot of hits after the jig gets 5 feet from the bank but I also get quite a few hits near the boat. You could say yes, but they’ve followed it to the boat and then they are hitting. I don’t think so. I think they’re out feeding, suspended up higher in the water column.

If it is super windy and you’re really blowing, you may think that you ought to use a heavier jig but I still recommend using a light jig. I’ve got four to five rods with me rigged up with different sized jigs and consistently do better on the light jigs.

Red/white tube jigs continue to produce the best for me. But then it’s like my brother always says.

Eddy: What’d you catch the fish on?

Eddy: What were you using?

Me: Only red/white jigs.

Eddy: Well no wonder you caught them on red/white jigs, that’s all you used.

But they continue to produce for me so I’m sure not changing!

I’ve been using Cabela’s jigs the last two trips but am having a lot of trouble removing them. Of course you use barbed hooks so you don’t lose fish, but still you want to be able to remove them without damaging the fish. Maybe I’ll hit them with some fine Emory cloth and see if that helps. The last few trips, I’m throwing back more than 100 fish so you sure don’t want to damage that many fish.

Now you may have to search around to find them but when you find them, you should be able to anchor and fish for an hour or two. To locate them, I troll semi-slow with a Rattlin’ Trap or a jig. Once I catch one, I anchor and fish. Crappie are schooling fish so if you catch one, there should be more.

The trouble is, I’m about ready to start backpacking into the backcountry to flyfish. What’s a guy to do? Idaho just offers us too many outdoor opportunities. Whichever route you go, have fun.