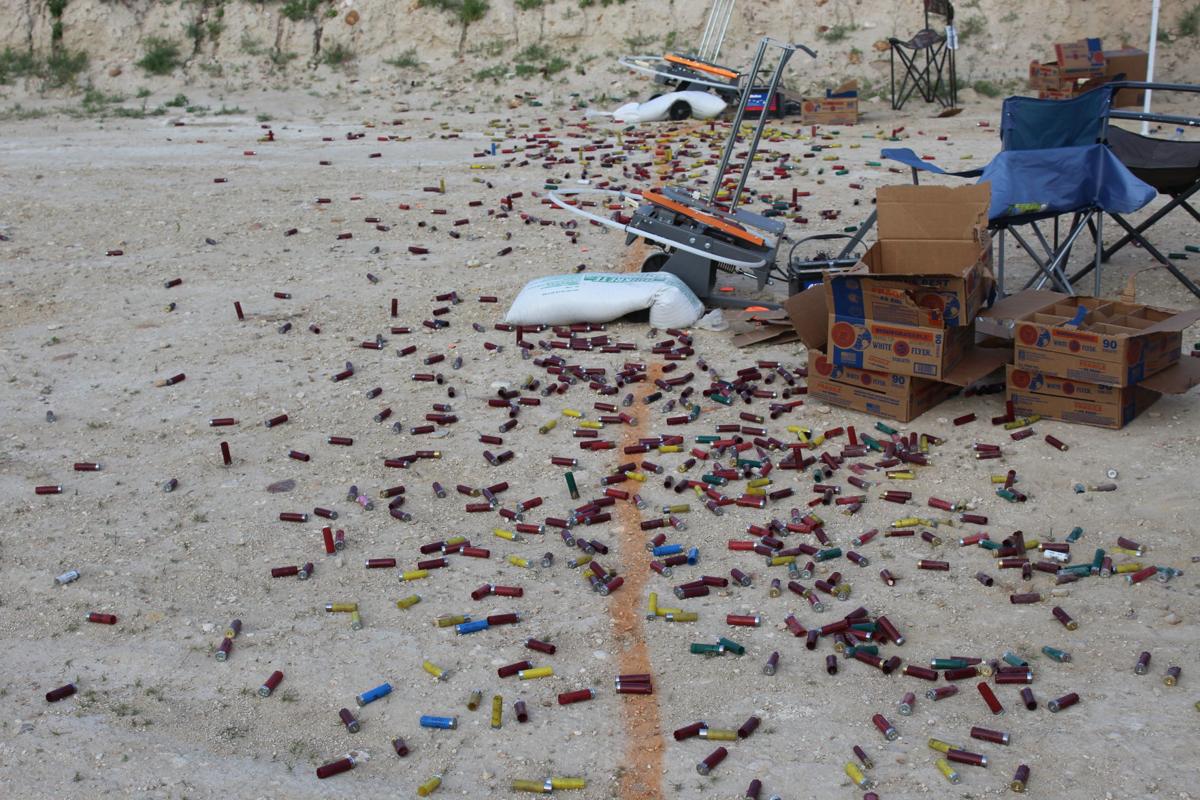 I’ve written articles every year covering the Scooter’s Youth Hunting Camp that I help with. I’ve done seminars at all of the big outdoor stores and most of the big outdoor shows. And no doubt, I love that. But the funnest (spell check says funnest isn’t a word but what do they know about the different levels of fun?) event that I do all year is the SYHC, and we don’t get paid a penny for helping.

I think you get your most joy when you help others who can’t repay you. Sure, you have to hustle hard to make a living, but surely in the midst of all of that, you can help someone worse off once in a while can’t you? Anyway, SYHC is a high-speed camp, and it takes a lot of volunteer work to make it all gel. To show his appreciation to the volunteers, founder Scott McGann puts on a volunteer barbecue.

Sure, we have fun eating. It’s a potluck-type of meal and usually the main course is something like a Subway sandwich etc. This year, Scott had some guys grill some steaks that he bought from Owyhee Meats. The fellowship is fun and the volunteers can bring their kids.

Scott even has a small drawing for some gifts. It’s kinda cool. Some of the kids that have been to the camp before have decided that it’d be better if they didn’t try to get in again so another kid can go. So, the next year they volunteer to be a helper at the camp instead of a participant. A couple of the donor companies let him put a prize in the drawing so some of the volunteer kids got to get a gift. For instance, one kid won a Knives of Alaska Xtreme Series capping knife and so the drawing went.

But the big-time, over-the-top deal is the shooting afterward. As you can imagine, I like to shoot. I don’t do a ton of organized shooting, just mainly hunting. But, this is the best clay bird shooting set-up I have ever experienced.

Here’s the format. We set up four throwers in a line and eight shooters line up intermittently between them. They will start throwing birds as fast as they can. When your gun is empty, birds are still flying. You’re cramming shells in your shotgun and shooting as fast as you can.

In the beginning, if I remember correctly, we had five throwers and as many shooters as could cram on the line. That was really wild. Now we’re more organized. Well, sorta. Now each shooter will shoot about three gun loads and back up and let another shooter step up. By then your gun is smoking hot anyway.

You have to be wired to the max. Not only do you have to hit the bird but, you also have to get a shot off before the other seven shooters. Birds will be flying left, right, sideways and straight away. You never know what is going to pop out where. It is an amazing amount of fun.

So if you want to put on a fun family event, company event or shooting club event, you ought to try out a combat trap shooting deal. No one will be disappointed.

It may sound wild to you, but just put in a few simple (and normal) safety rules to ensure that no one goes home perforated. Behind the shooting line, all actions are open.

You can only load your shotgun while at the shooting line with the barrel pointed down range. We chalk a shooting line that anyone with a loaded gun has to stand at.

Have fun — and P.S. Bring plenty of shells!