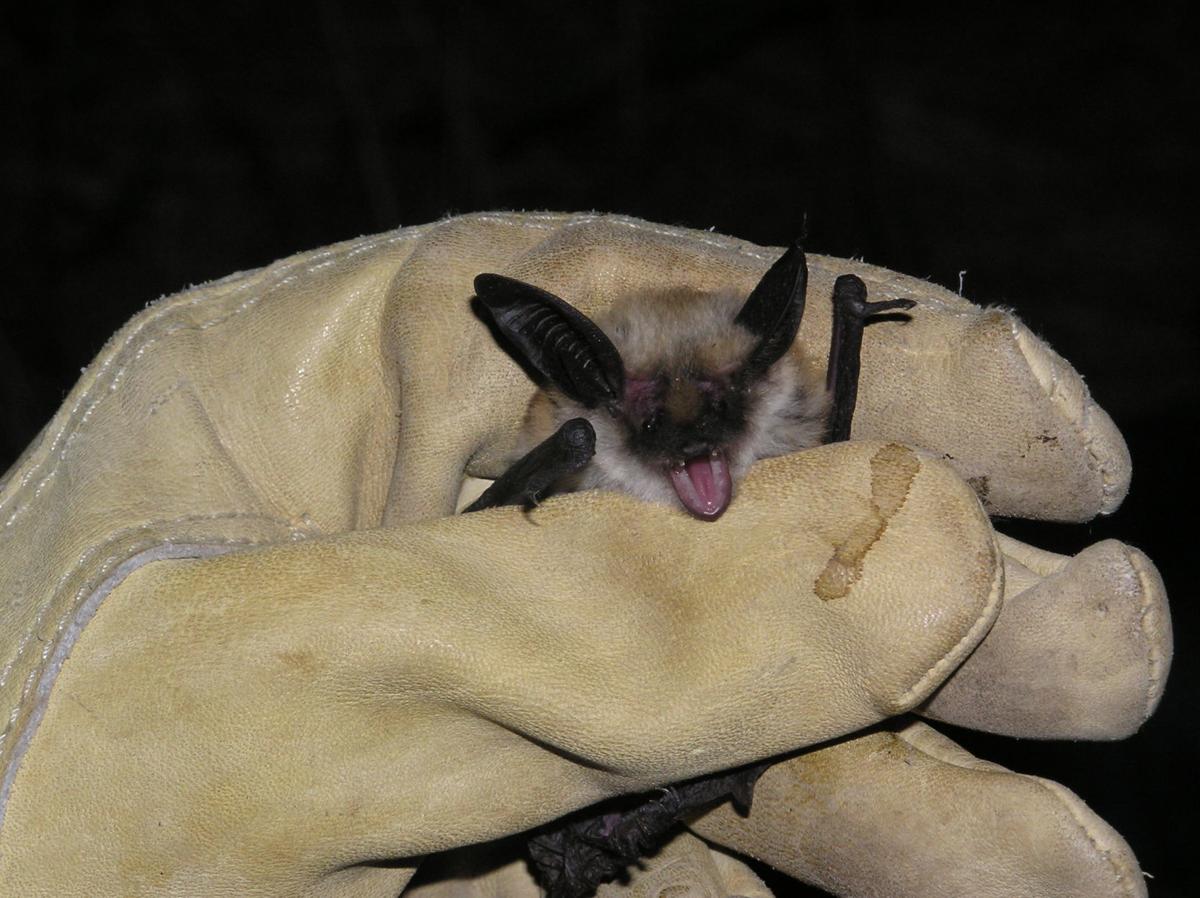 A long-eared bat, one of Idaho’s 14 bat species, is being handled by an Idaho Fish and Game biologist. Idaho bats eat insects and are worth an estimated $313 million annually to Idaho’s agricultural industry.

A long-eared bat, one of Idaho’s 14 bat species, is being handled by an Idaho Fish and Game biologist. Idaho bats eat insects and are worth an estimated $313 million annually to Idaho’s agricultural industry.

Fall is in the air — and so are bats. This is the time of year when Idaho’s only flying mammals migrate to warmer climates or to suitable roosts for hibernation. Sometimes during this migration, they make temporary “pit stops” and roost in places where people don’t typically see bats. Maybe a business owner finds a bat under an awning over a front entry, or a school may have bats on the side of the building, or a homeowner may find them hanging above a window. Usually these visits only last one or two days, and the bat is on its way again.

In recent weeks, a few stories involving bats and rabies in Idaho have been shared with the public, including cases in Pocatello, Bingham and Bonneville counties and in the Twin Falls area. Around five bats submitted to health departments in these areas tested positive for rabies.

Though the thought of contracting rabies — a fatal disease — is both unsettling and serious, there are some misconceptions about bats and rabies as well as facts that everyone should know.

Rabies in bats is uncommon.

What to do if you encounter a bat?

For more information about bats and rabies, contact your nearest Idaho Fish and Game office, or check out any of the following websites: www.cdc.gov/rabies, www.batcon.org, www.batworld.org, and visit Idaho Fish and Game’s YouTube channel for great videos on bats and bat research happening in Idaho.

Jennifer Jackson is the regional communications manager for the Idaho Department of Fish and Game, southeast region.