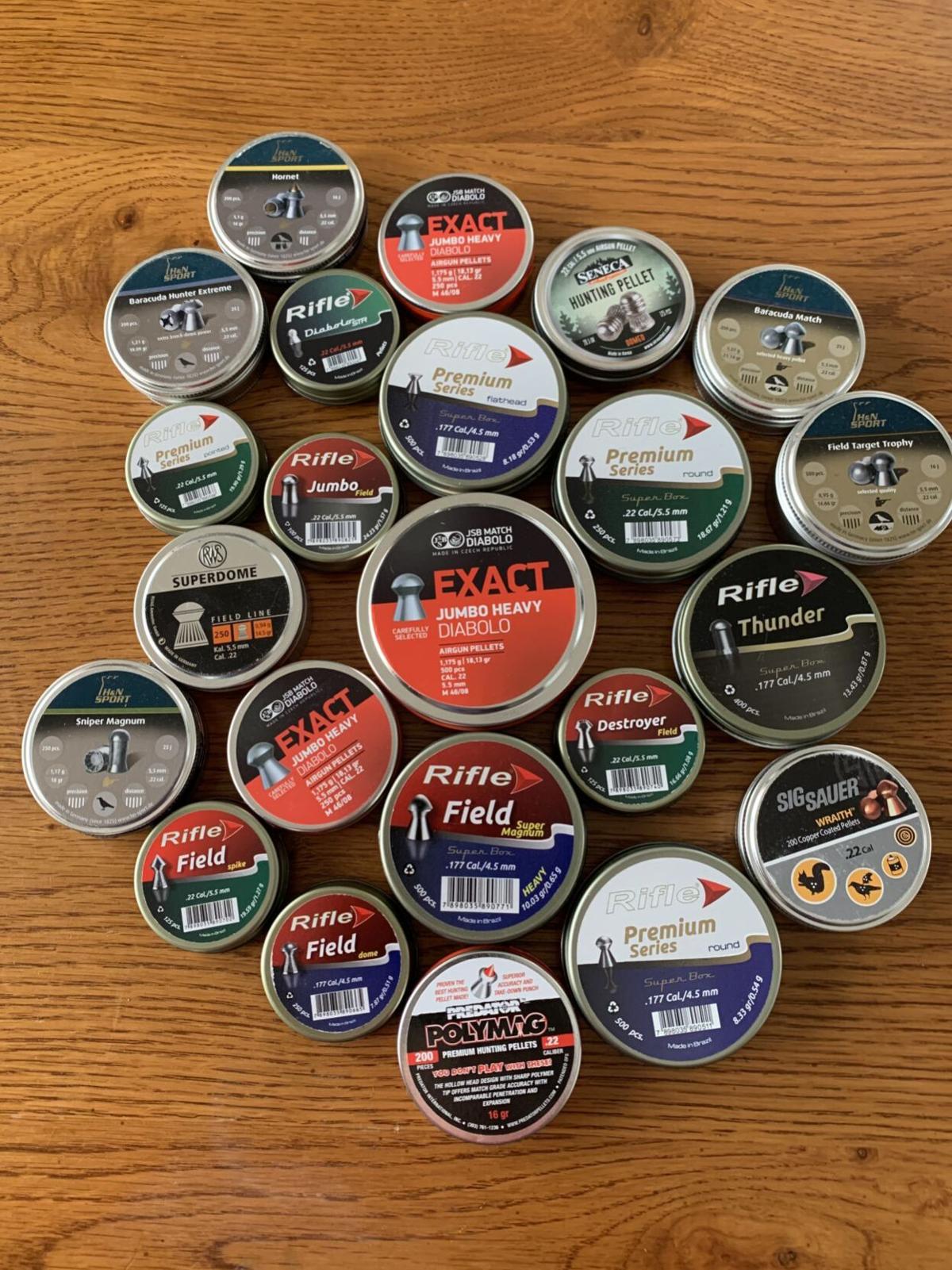 There’s a million options for buying pellets. You need to search and find the ones that shoot best in your airgun.

As hunters, we all know that we have to experiment to find which ammo shoots the most accurately in our big game rifles, right? We check different manufacturers, grains of bullets and designs.

But after testing several brands of ammo, I still couldn’t get the results I wanted. Finally, after testing 13 different manufacturers and grains of bullets, I got what I wanted.

We know this on our firearms but something that surprised me was that it is just as important to test various manufacturers, shapes and weights of pellets if you want your airgun to shoot accurately.

Like I said in the first article in this four-part airgun series, in the beginning I could not get better than a 1½-inch group at 15 yards. Finally, I got some good airguns and my groups improved immensely, but my quest for accuracy was not yet complete.

With airguns, we’re hunting small game that has small kill zones, so it’s imperative that we get superb accuracy out of our airguns. In my quest for accuracy, I then learned that which pellet you choose is as important as buying an accurate air rifle. You just cannot get a good group with substandard pellets.

As an outdoors writer I get to test a lot of pellets. Luckily I met the JSB crew at the SHOT Show and everything fell in place. From what I’ve tested, JSB hands down makes the most accurate pellets.

Why does accuracy vary so wildly between manufacturers? Here’s my theory. One air gun company in particular makes super lightweight alloy pellets. That way they can boast speeds of up to 1,450 feet per second.

They may travel along fast … you just don’t quite know where they’re traveling to! They are highly inaccurate. So what good is speed if you don’t hit where you’re shooting? Remember: Accuracy trumps speed.

I don’t know why but the Diabolo (actually the dome shaped, which I guess is a Diabolo hybrid) shoots the most accurately for me. Looking at them you wouldn’t think that they are aerodynamically stable but they say the skirt stabilizes them in flight. I don’t know. I’m not an engineer; I just know what shoots best for me. One last comment on this point. I’ve found that whatever pellets shoots the most accurately for me in one gun does so as well in my other guns. So pellets one, two and three rate the same in all of my guns.

You may ask, what about the polymer-tipped pellets? You’d think with the point they’d fly faster, be more accurate and penetrate better thereby having better killing properties. I agree. But that’s not totally true. Again, the dome-shaped Diabolo pellet is the most accurate design.

Now to address better killing properties. Yes, I’d have to assume and agree that the polymer tip will penetrate better than a flat-nosed pellet. Although I never have tested both on gel to see how well each penetrates. But the problem is, all of the polymer-tipped pellets that I’ve tested aren’t as accurate as the Diabolo shaped pellets. So what if they penetrate better if they don’t hit in the kill zone?

Another downfall of the polymer-tipped pellets is that they won’t work in airguns that use a magazine. They protrude out too far and jam up. Used to, this applied only to the CO2 and PCP airguns. They’d work fine in break barrel airguns but now more and more manufacturers are offering break barrels that utilize a rotary magazine. I commend the industry for experimenting and trying to make new designs but the polymer tips just aren’t fitting into my world.

What about the semi-hollow point pellets? I haven’t done extensive testing on them so this is just my gut feeling. I don’t think that an airgun spits out pellets fast enough to make a hollow point perform and expand like they do in your trusty ol’ 30-06. Although, I took the Umarex .50 cal. Hammer axis deer and hog hunting last year. I dug the bullet out of the axis deer and it had mushroomed and performed great.

I’m going to have to test the hollow-point wannabees in the smaller calibers before you take what I’m saying as the gospel.

Moral to the story: Shoot good pellets or you’re going to get frustrated with the inaccuracy of your airgun.