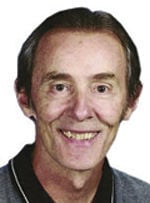 Idaho Senate Republicans are setting up their agenda for the upcoming 2021 legislative session. As reported in the Post Register, one of their top priorities is to “pursue measures in January to limit the governor’s emergency powers.”

The immediate reason for this, of course, is Gov. Brad Little’s anti-coronavirus measures. In their press release, the Senate Republicans stated that they are “already working on legislation to be presented in the coming months to address concerns of our members, and of many Idahoans, that have resulted from government response to the COVID-19 outbreak.”

Concerns apparently include the governor’s stay-home order last spring and his allowing public health districts to require masks in public, both of which the public largely ignored because the orders lacked enforcement.

Now, since Idaho’s COVID-19 stats are currently among the worst in the world, Gov. Little recently moved the state back into “a modified” Stage 2 of the government’s reopening plan. Modified means that nothing much changes other than the size of public and private gatherings, with religious groups exempt.

The governor is still reluctant to issue a statewide mask mandate which, for some reason, is a real political bugaboo.

The anti-mask mandate mania is perplexing. For some reason, wearing a mask to ward off the virus just seems to drive certain people freakin’ crazy. I mean, you can be having a nice, calm conversation about the weather with a person, then innocently mention the word “mask,” and they suddenly go berserk and start waving “Give me Liberty or Give me Death” signs.

This mask phobia Idahoans are suffering must be the result of some mass hysteria experienced during childhood, perhaps triggered by a frightening Halloween prank. Similar to the fear of clowns some people have.

Anyway, during next session the Senate Republicans want to take over the governor’s emergency powers. That way, during a statewide emergency, the GOP-led Legislature can save lives by promptly taking action such as declaring, “It will just go away.”

After all, who can ever forget the spectacle of Ammon Bundy strapped into his chair being pushed out of the capitol building by state troopers?

That and armed militia members patrolling the capitol certainly added to Idaho’s illustrious image around the nation.

All that expense and national embarrassment just to pass three minor bills which, with a little foresight, could have been dealt with during the regular session.

The recent news release put out by Senate Republicans refers to their “pro-business policy-making” and “a commitment to God-given rights.” OK, that sounds impressive. But it does seem the Idaho Republican super-majority might want to consider some issues in the upcoming session other than how to seize the governor’s emergency powers. You know, like, maybe use the power it already possesses to deal with some genuinely important problems.

Education: Idaho’s ranking in U.S. News and World Report’s 2019 list of best states for education, using factors such as test scores and high school graduation rates, was 33rd out of all states. What plan does the Legislature have to make up lost ground due to the pandemic?

“More than 11,600 students expected to return to Idaho’s public schools this fall never showed up, according to State Board of Education data. That’s nearly twice as many as the average in years past.

“Idaho’s lax and decentralized enrollment tracking makes it nearly impossible to tell, from a state level, where these students have gone, or if they’re completing the education state law requires for 7- to -16-year-olds.”

Along with education, other topics which possibly should supersede the Senate Republicans’ 2021 efforts to supersede the governor’s authority include:

Economy: It seems that the Legislature’s “pro-business policy-making” has not trickled down to money in Idahoans’ pockets as the state ranks 37th for average salary according to the U.S. Census Bureau. That means folks in only 13 states earn less, 11 of which are in the Deep South.

Women’s equality: As of August 2020, U.S. News and World Report, using criteria such as workplace environment, political empowerment, education and health, rated Idaho next to last out of 50 states for women’s equality. No. 50 — you guessed it — is Utah.

Food insecurity: Feeding America website lists Idaho as the state with the fourth highest projected percent change from 2018 to 2020 in the food insecurity rate for children with a 75 percent increase.

Suicide: A June 2020 report by The Kaiser Family Foundation ranks Idaho as having the fifth highest suicide rate in the nation, a perennial position for the state.

Depression: A 2020 analysis by the World Population Review determined that Idahoans suffer the ninth highest depression rate in the U.S.

Perhaps legislators should ponder why there are so many despondent, depressed and hungry people in a state controlled by Republicans. After all, aren’t life and the pursuit of happiness just as much “God-given rights” as liberty?

It seems that delving into the root causes and potential solutions for such crises would be time — and money — better spent than looking for ways to prevent the governor from ordering people to wear masks.