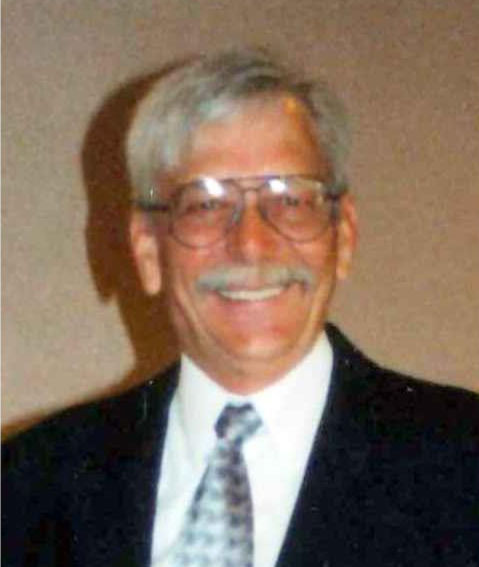 Charles Heisler Edward Heisler Charles Edward "Chuck" Heisler, 77, businessman, teacher, outdoorsman, husband, and father, died in his home on the afternoon of November 2, after a long and determined battle with cancer. Chuck was born in Du Quoin, Illinois on May 6, 1942, the second child of Charles Henry Heisler and Jewell Catherine Grear Heisler. His father, an employee of the Central Illinois Railroad, died when Chuck was still a young child. Chuck and his sister, Charlyne, were raised in rural Marion, Illinois by his widowed mother, a telephone operator. As a teen he ranged the fields, swamps, and lakes of Southern Illinois, hunting goose and deer, quail and ducks, often skipping school in favor of early morning hunts in the mist, with his mother's blessing, if not his principal's. After graduating from Marion Township High School in 1960, he enlisted in the Navy, and completed four years of service, including assignment to the USS William V. Pratt. While earning a BA in English at Southern Illinois University (the first person in his family to do so), he served as a campus police officer at Carbondale, and as a recreational technician for the nearby Crab Orchard National Wildlife Refuge. The late sixties were busy times for campus officers, and Chuck claimed to have met, at a Pocatello youth soccer game, a woman he'd arrested at a sit-in in Carbondale twenty years earlier; the two remained friendly acquaintances. Chuck relocated his young family to Pocatello, Idaho in 1970, when he was offered a teaching assistantship in the speech department at Idaho State University. Over the next decade, he worked as a counselor and recruiter for ISU's Vocational-Technical College, but left full-time work at ISU in the late seventies to begin his career in insurance with Allstate. Chuck prized his decades of work in insurance, and throughout his career spoke of his clients with affection and deep gratitude. He attended wedding receptions, christenings, blessings, college and high school graduations, and funerals all over southeast Idaho. He served some families for more than 30 years, across generations, and through every important milestone in their lives. His family and clients will remember his warm voice asking after their good news, their children and successes, and comforting them in their moments of loss. "It was never a business," he said, "it was a family." While he was building his insurance business, he also continued his education, earning an MA in speech from Idaho State, and working in its speech department as an adjunct instructor and lecturer from 1983 to 2006. He taught hundreds of undergraduates over his time at ISU. He was at ease in academic settings, and treasured his interactions with students and fellow faculty. In 1993, he met Fran Jean Widerburg Jones, and, after a whirlwind twelve year courtship, they married in 2005. Fran was his best friend, traveling companion, golf partner, and steadfast supporter for twenty six years. Chuck's love for the outdoors, born in his happily unsupervised youth, lasted throughout his life. He was a hunter, a highly skilled trap shooter, a fisherman, a skier, and an avid golfer. He was a thoughtful scholar of Civil War history, and amassed an extensive library of books and documents, particularly those describing the actions of Illinois regiments (to which his great-grandfather belonged). His natural inquisitiveness also led him to be a passionate road-tripper. His family has countless fond (if foggy, given the hour) memories of him piling them into a car in the predawn, and setting off for New York, California, Illinois, Texas, Oregon, or whatever destination presented itself. While his passengers dozed, he watched the dark road ahead, sipping coffee and listening to the radio fade in and out of tune. He has driven on ahead of us now, and his restless curiosity and good humor will be sorely missed. Chuck was preceded in death by his parents, his sister Charlyne Heisler Wohlwend, and his stepson Richard Jones. He is survived by his wife, Fran, and his children: Charles Edward "Chuck" Heisler, Jr. (Jennifer); Carlen Heisler Donovan (William); Rustin Jones (Stacey); Patricia Heisler Neff (Matthew); Amanda Heisler Collins (Jake), step-daughter-in-law Heather (Jones) Armstrong, and twelve grandchildren. Chuck's family will host an open-house celebration of his life on Saturday, November 16, from 3-7 pm, at the clubhouse at Cedar Hills Condominiums (Cedar Hills Drive). The family requests that in lieu of flowers, donations be made to the Fisher House Foundation or to the Portneuf Animal Welfare Society (PAWS). Condolences may be made at www.colonial-funeralhome.com 208-233-1500