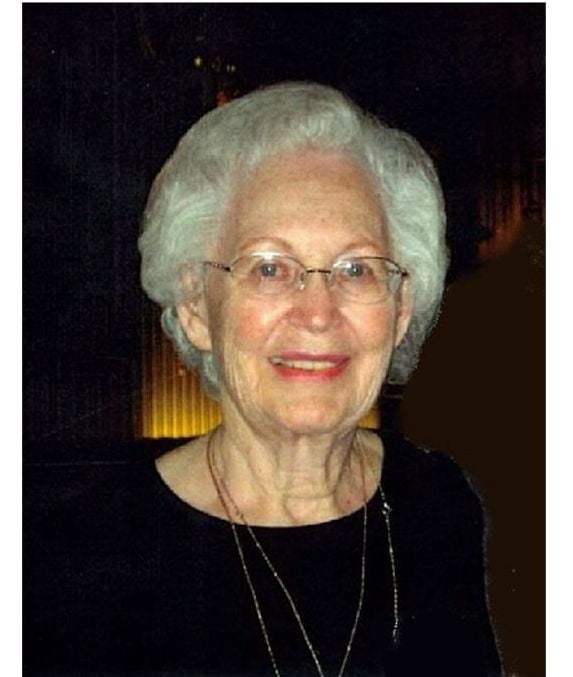 Harding Mary Jean Harding Mary Jean Harding, 89, of Pocatello, Idaho, died Thursday, June 25, 2020 at her home. She was born April 18, 1931, in Montpelier, Idaho, the daughter of John Henry and Gladys Merrill Schmid. Mary graduated from Montpelier High School in 1949 and began her college studies at Idaho State University. She later enrolled at the University of Idaho and graduated with a Bachelor's degree in Business Administration. During her junior year she met James Harding and they later married on December 28, 1955 in the Idaho Falls Temple and were together for an amazing 63 years. They immediately moved to Lubbock, Texas for his flight school in the Air Force. They were later transferred to Lackland Air Force Base in San Antonio, Texas and while there they started their family and the first son was born. They later settled in Pocatello where five additional sons were added to the family. Upon their return to Pocatello, she taught school for a couple of years and then with the birth of her second child, decided to stay at home and raise her family. She resumed her teaching career when her youngest boys were in their teens and she taught business at Highland High School for many years before a well-deserved retirement in 1996. Mom did not devote much time to her own personal interests, but rather dedicated her life to serving her family and others. She enjoyed watching her kids and grandkids participate in sports and other activities along with traveling around to visit family members and taking trips with her siblings. One of her favorite activities was attending the Shakespeare festival in Cedar City with her siblings and their spouses. Mary was a member of The Church of Jesus Christ of Latter-day Saints and served faithfully in various positions, but more importantly devoted her life to quiet, selfless service to everyone. She loved her family dearly and will be missed, but we will always have a place for her in our hearts. Survivors include her six sons, Tom (Patty) Harding of Queen Creek, Arizona, Shane (Teri) Garritson of South Jordan, Utah, Terry (Debra) Harding of Bountiful, Utah, Greg Harding of Pocatello, Dan Harding of Pocatello and Dave Harding of Pocatello. Mary was blessed with 21 grandchildren and 23 great-grandchildren. Siblings, Helen (William) Bassett, Dorothy Spencer and Dick (Sherry) Schmid. She was preceded in death by her parents, and the passing of her husband last year. Due to current health precautions, there will not be a public viewing. There will be a private family funeral at 11:00 am at Colonial Funeral Home on July 2, 2020. This service can be viewed online at their website. A short graveside service, open to the public, will follow at 12:00 noon at Restlawn Memorial Gardens, 2864 S. 5th Ave. Pocatello, ID. Condolences may be made at www.colonial-funeralhome.com 208-233-1500