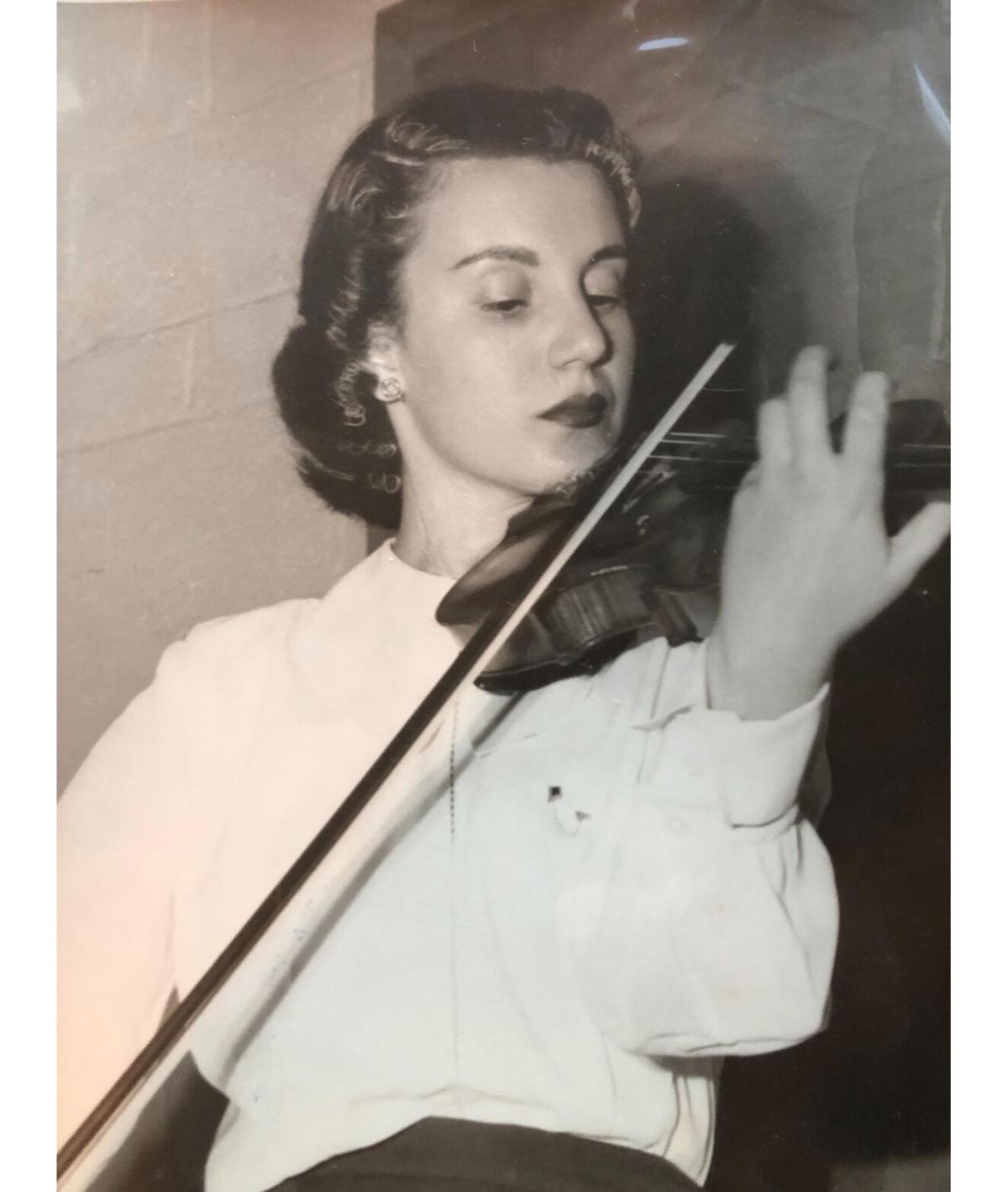 Fornarotto Marie K. Fornarotto Marie K. Fornarotto passed away peacefully with her family around her on January 1, 2021. Born on September 10, 1927, Marie was the second child of John and Stavroula (Lulu) Krust, Greek immigrants who owned The Candyland, a family restaurant in Owosso, Michigan. Marie and her older brother were first-generation Americans. Marie developed a passion for music at an early age, beginning violin lessons with a neighbor. As her gift for music grew, her mother would drive her to Lansing each week to study with a music professor at Michigan State University. She followed him to Western Michigan University in Kalamazoo, studying music performance, accompanying and performing in every opportunity she could, graduating in 1949. She was accepted into The Juilliard School, in NYC. This is when her personal musical score began to take on a new shape. Finding Juilliard highly competitive, she quickly realized that it was sink or swim, as she sat in her first rehearsal, finding she could not keep up. Sight reading was a must, and she handily mastered the challenge. The atmosphere of music, arts and people from around the world was intoxicating for this young musician from Owosso. Although she loved the school and the music, she admitted to herself she was not competitive enough for the rigorous program. She chose to transfer to Columbia Teachers College where she received her Masters degree. In 1954, she was swooned by a trumpet player from Hoboken, NJ (also a first-generation American) who was studying at Juilliard, Carmine Fornarotto. Their shared love for music and an ethnic heritage were the beginnings of a bond which lasted nearly 60 years. After working tirelessly in the NYC music scene, Carmine landed a position with the NY Philharmonic. They moved across the bridge from Queens to New Milford, NJ to raise their two sons. It was there that Marie found great joy teaching music for 20 years in the Bergenfield public school system. She also performed with the Bergen (NJ) Philharmonic, played in the pit orchestra for numerous high school musicals and elsewhere in NJ and NY. Traveling around the world with Carmine as he played with the Philharmonic was one of the highlights of their story. A happy retirement was split between Algoma, WI and Jensen Beach, FL. Marie enjoyed playing in a string trio, glass collecting, and travel. Most recently, Marie moved to Pocatello so she could be closer to her family. Here she made wonderful friendships, but always stayed in close contact with many of her former students, her musical family back east, and friends and neighbors from everywhere she lived, reaching all the way back to Kalamazoo and Owosso. Marie was a gracious, kind and devoted friend. A treasure and a joy, this gifted little Greek girl made her home the stage, the stage the world and her life full of incredible high notes of treasured friendships. Brava and Yammas, Marie! No one could have written a better score. She is survived by her son John (Kate), daughter-in-law, Heidi and four grandchildren: Michael, Rachael, Nicholas and Joey. She was preceded in death by her parents, brother (Louis), husband (Carmine), and son (Joseph). The family would like to thank the physicians and staff at the Portneuf Medical Center, Emergency Department, Pediatrics floor and Rehabilitation Unit for their excellent care of Marie. We are also grateful for the many people here in Pocatello who welcomed her to our community. We are leaning toward establishing a scholarship in her name in the Music Department at Western Michigan University. Details as they evolve. Sadly, because of Covid issues, the memorial service will be for immediate family only. Colonial Funeral home is caring for Marie's family 208-233-1500 Condolences may be made to the family on line at www.colonial-funeralhome.com