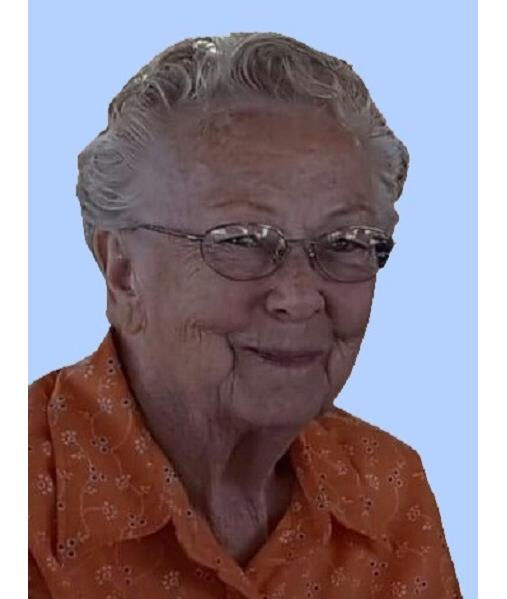 Arnold Juanita Mae Arnold Juanita (Nita) May Arnold, 90, longtime Pocatello resident, passed away peacefully on Monday, January4, 2021 in her daughter's home in West Valley, UT. She was born the fourth of twelve children on March 22, 1930 in Anaconda, MT to William and Hannah Waters and grew up in a farming family in Ucon, ID. She graduated from UconHigh School in 1948 and married Boyd Arnold on November 1, 1950 in Rigby, ID. They were sealed in the Idaho Falls Temple of the Church of Jesus Christ of Latter Day Saints in 1983. They began their marriage and family in Idaho Falls and lived in other locations until they moved to Pocatello in 1966. She loved sewing and made many of her children's clothes. She also helped provide for the family by working at a variety of jobs, including being an Avon Lady, waitressing and house cleaning. She and Boyd also operated a duffle bag business called Tuffbag(now OriginalTuffbag.com). In her later years she enjoyed writing and performing Cowboy Poetry. She was very kind to her neighbors and to anyone in need. After becoming active in the church in her 50's she was soon called to serve as the Relief Society President of her ward where her natural tendency to serve those in need was put to good use. She and Boyd served a church temple mission in Dallas Texas in 1993. They loved it so much that after going home, they returned to serve another six months, and they later served for five years at the Idaho Falls Temple. She is survived by three sisters and a brother Louise Wallace, Coalville, UT, Lucille Still, Twin Falls, ID, Wallace Waters, Lumberton, MS, Connie Braisted, Leeds, UT, three daughters and a son, Nina (Larry) Zahm, Pocatello, ID, Alene (Sid) Robison, Sandy, UT, Fonda (Adrian) Oliphant, West Valley, UT, and Donnel (Brenda) Arnold, Boise, ID, a son-in-law Raymond Turnbeaugh, Rockland, ID, a daughter-in-law LaShell Morgan, Shelley, ID, as well as numerous grandchildren and great grandchildren. She was predeceased by her parents and seven siblings, her husband, two children, Vana Turnbeaugh and Milon (Butch) Arnold, a grandson, Craig Zahm and a granddaughter, Jillian Robison. Her family wishes to thank the staff of Brookdale Assisted Living in Chubbuck, ID, where she lived from October 2017 to December 2020, for their loving and tender care of their mother and grandmother. A viewing will be held on Saturday January 9th from 11:00am to noon at the Cornelison Funeral Home, 431 N. 15th Ave., Pocatello. A graveside service will be held a week later at the Ririe-Shelton Cemetery on January 16th at noon. Please wear a mask and physically distance. Condolences may be sent to the family online at www.cornelisonfh.com 208-232-0542