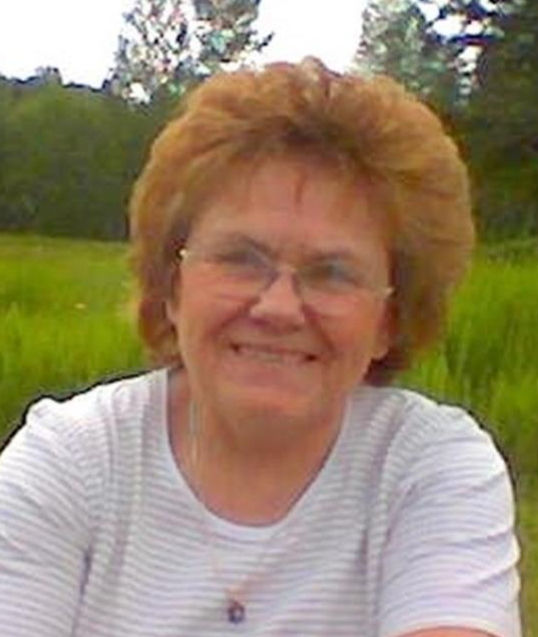 Allen Bonnie Jean Allen Bonnie Jean Allen, 74, passed away May 15, 2020 at a care center in Lacey, Washington. Bonnie was born September 10, 1945, in Pocatello, Idaho, daughter of George Burwell and Thressa Binggeli. She has six siblings, Sharon, Aaron, Blaine, Ralph, Ron, and Darrell. She attended Roosevelt Elementary School, Alameda Junior high School, and graduated from Pocatello High School in 1963. She married Gary Allen, September 12, 1964 in the First Methodist Church in Pocatello Idaho, they had two children, Darcy and Trent and they were later divorced. Her career was spent at Boeing Aerospace as a supervisor in production control and she retired after 27 years of employment. She was active with the Boeing Management Association and the Boeing Clown Club where they provided many community services to area hospitals and other civic events. She was known as "patches" the clown. Her hobbies included horseback riding, gardening, bowling, and softball. She played softball in several King County softball leagues. Her highest achievement was to see her children receive an education and be successful. In her own words she said "I'm not difficult, I'm feisty" and "I am not stubborn, I'm persistent". She is survived by her children Darcy (Vaughn) Holtz, daughter, and Trent (David Stuefen) Allen son, siblings, Blaine, Ron, Darryl and Dee Binggeli, Three granddaughters, Tawnya, Kara, and Katrina. She was preceded in death by her parents, and three siblings, Sharon, Aaron, and Ralph. Private family graveside services will be held. Condolences may be sent to the family at www.Colonial-FuneralHome.com 208-233-1500