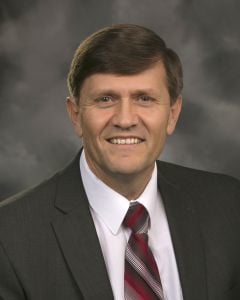 POCATELLO — The announcement earlier this month of a Mormon temple coming to Pocatello has prompted waves of speculation about the potential location for what will be the sixth operating temple in Idaho.

Pocatello annexed about 75 acres of land in the east Satterfield Drive neighborhood near 10 acres of land owned by The Church of Jesus Christ of Latter-day Saints less than a week after the official announcement from LDS Prophet Thomas S. Monson. But Pocatello Mayor Brian Blad is not convinced the temple will end up in that spot.

“The location up on Satterfield that everybody is talking about is where they are trying to get to,” Blad said. “Everybody assumes that’s where it’s going, and it may be, but I’m not convinced of it.”

In addition to the land owned near the Satterfield neighborhood, the Mormon church also owns several plots of land in West and South Pocatello as well as Chubbuck.

“Satterfield may or may not be the site that the (LDS) church selects, but they have not announced where it will be,” Blad said. “But there are a number of sites in this community that the LDS church owns that could serve as the new location.”

Larry Fisher, LDS regional public affairs director, said that without an official announcement from Monson as to where the church will build the temple, most of the circulating information is pure speculation.

Blad said he knows of two or three sites owned by the church that could serve the church well, though he doesn’t advocate for one spot over another.

“I don’t have any say in the process anyway,” Blad said. “But the church owns some land on the south end of town that would be nice as you drive up through the gap to see it there, and there is easy on-and-off access.”

Blad is referring to land owned by the church near Portneuf Road and South Bannock Highway just before the Portneuf Gap.

“There’s a lot of space over there and it’s a very pretty location,” Johnston said. “It’s a very picturesque location that is very accessible because you can get off the (interstate) at the Portnuef Exit right at the gap near Century High School, or you could take (South) Bannock Highway.”

In terms of factors considered by the church about what location would be most beneficial, it seems access and visibility are prominent determinations based off the locations of previous temples constructed throughout the state.

For instance, the construction site for the temple in Meridian, which Chubbuck Mayor Kevin England said was announced five years ago and will be dedicated in November, lies within six miles of Interstate 84.

Erected in 2008, the temple in Twin Falls is within four miles of Interstate 84. And the LDS temple in Idaho Falls, which will have a re-dedication ceremony in June, lies within one mile of Interstate 15.

“(The LDS church) typically puts (the temples) next to a freeway for visibility and easy access,” Blad said. “They don’t build them for neighborhoods, they build them for LDS church members worldwide.”

Johnston added that the 10 acres of church-owned land near the 75 acres annexed into Pocatello off Butte and Satterfield is a gorgeous location. But some people have said there may be too much congestion in that spot, notably when Highland High School lets out every day.

It’s unknown whether plans to construct an interchange connecting Siphon Road to Interstate 15 will have any impact on where the church decides to house the temple. It’s also unknown when the announcement for the new location will come, Johnston added.

“It certainly won’t be on a narrow dead-end street,” he said. “The church looks for a good, safe location and it will probably go in a location that’s visible and must have the option to connect to the city services, like water, sewer, gas and electricity.”

Blad said there are other locations on the west side of town that wouldn’t be as accessible or visible because they lack major arteries.

“Again they like to put the temples by a freeway and they like it to have easy access,” Blad said. “The temple alone will have about 3,000 trips a day, I think, so it’s going to be really crazy up there in terms of traffic if it goes near Satterfield.”

“We’re looking at about four years before it’s complete,” Blad said. “And they didn’t have a timeline for when they would announce the location or even if they will announce that.”

England said he is familiar with the church’s location selection process. And he is aware of property that the church owns in Chubbuck. But the process to determine a location for a temple takes time.

“They make the announcement and then send folks here to help make the determination,” England said. “As a mayor, I have received no indication of where it’s going to go. I haven’t heard anything official one way or the other. But if people remember, when they built the Twin Falls temple, they had a site picked and it changed. So this process is somewhat like a moving target.”