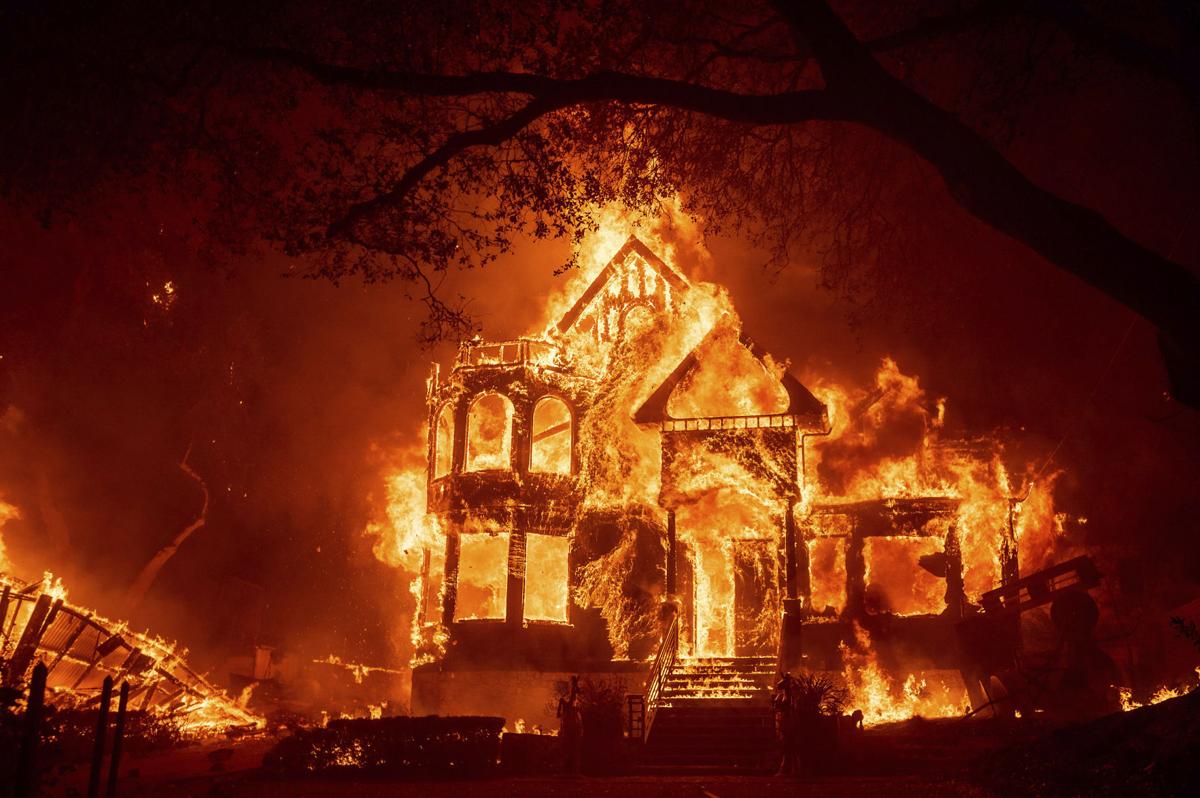 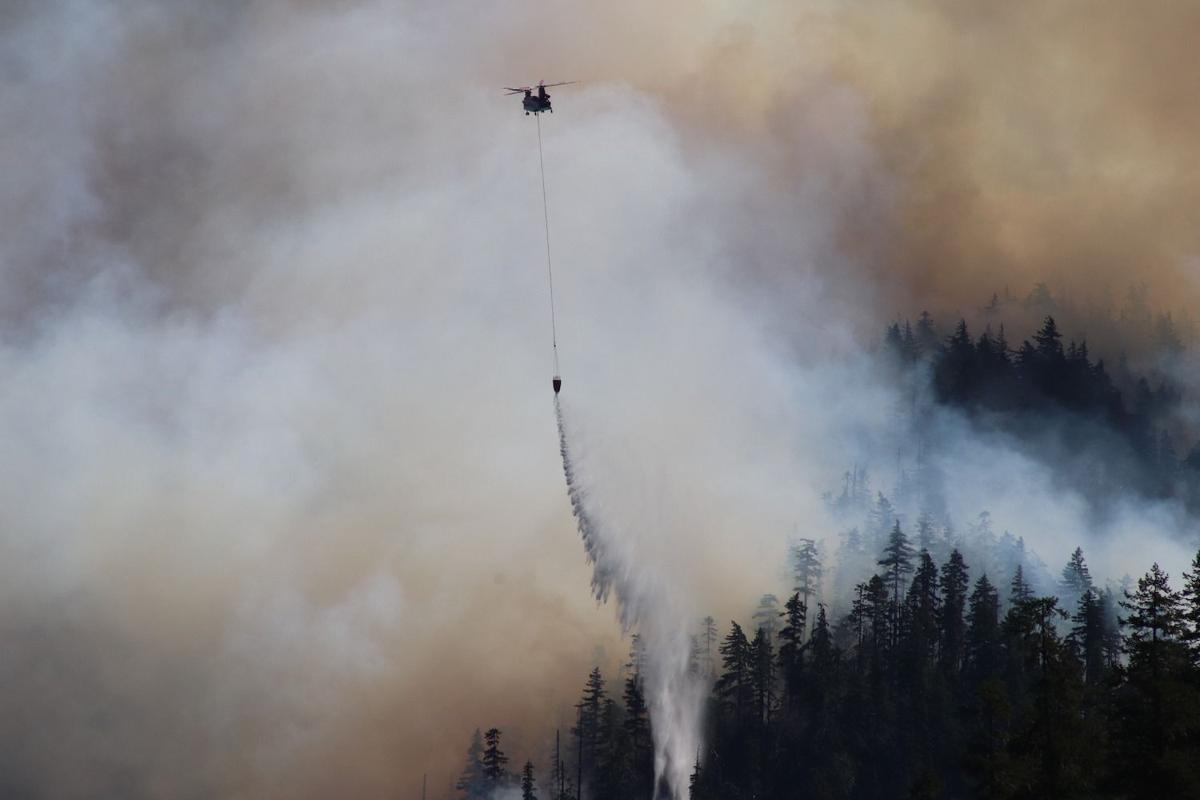 In this Sept. 3 photo provided by the Opal Creek Ancient Forest Center, fire retardant is dropped at Jawbone Flats in the Opal Creek Wilderness in Oregon.

In this Sept. 3 photo provided by the Opal Creek Ancient Forest Center, fire retardant is dropped at Jawbone Flats in the Opal Creek Wilderness in Oregon.

While Idaho has been spared the worst of this year’s wildfires, the states to the west haven’t been so lucky. Fires in Oregon, Washington and California burned through millions of acres, destroying homes, communities and natural attractions and causing several deaths. Earlier in September, parts of Idaho were enveloped in a haze of smoke from these fires, leading to days of unhealthy air.

Every wildfire season renews the politicized debate between progressives who view climate change as the major factor making wildfires worse and conservatives who see logging and grazing as the answer. However, there is one forest management bill working its way through Congress that has some bipartisan support, including from both of Idaho’s U.S. senators and from the Democrat trying to unseat one of them.

The Emergency Wildfire and Public Safety Act of 2020 would require the U.S. Forest Service to pick forests in three western states on which to carry out landscape projects to reduce fire risk. It includes numerous provisions to speed up removing dead trees and other fuels from public lands, including a couple that would loosen up existing environmental regulations. It would exclude removing fuels along Forest Service roads, trails and transmission lines from environmental review, and raise the threshold for what is considered “new information” requiring an Endangered Species Act review of some land management actions, which would reduce the scope of the Ninth Circuit’s ruling in the case United States Forest Service v. Cottonwood Environmental Law Center.

“Years of insufficient forest management have turned the West into a tinderbox, evidenced by this year’s devastating wildfires,” said U.S. Sen. Jim Risch, R-Idaho. “While we cannot control each lightning strike or wind change, we can change the ways we manage our forests to prevent the 2020 fire season from becoming the new normal. This legislation offers urgently needed fixes to our forest management practices to improve the long-term health and viability of Idaho’s forests and protect the communities that call our forestland home.”

The bill would also expedite the placement of wildfire detection equipment in areas at risk of fire; establish a new grant program to let trees removed from public lands for maintenance purposes be used as fuel at biomass conversion facilities; and allow the use of Federal Emergency Management Agency dollars to re-install fire-resistant wires and infrastructure and put wires underground. The bill is awaiting a vote in the Senate Energy and Natural Resources Subcommittee on Public Lands, Forests, and Mining, after a hearing was held earlier this month.

U.S. Sen. Dianne Feinstein, D-Calif., is its main sponsor, and it is also being backed by Republicans Risch, Idaho’s Mike Crapo and Montana’s Steve Daines. U.S. Reps. Mike Simpson and Russ Fulcher, both R-Idaho, came out in support of the bill last week, joining Crapo and Risch in a letter to House and Senate leadership that calls the bill “the best starting point for broad forest management reform.”

“There is a clear correlation between the decline in timber harvests experienced on our national forests and the increase in intensity and size of wildfires over the past three decades — both of which have had lasting impacts on the economic vitality of Western, rural communities,” they wrote.

“Our firefighters need every ounce of support we can get,” she said.

Jordan has been talking about wildfires, among other issues, in campaign stops and on social media for the past couple of weeks, and in an interview credited her pressure with getting Risch on board with the bill.

“That’s why I was paying attention to this issue, but also why we need leadership there,” she said.

“The climate crisis we face is a very real issue here,” she said. “Nothing we’re going to be able to sidestep,” pointing to signs such as such as wildfires and droughts in the West and reduced snowpack in the region’s mountains.

“The real issue (now) is that seeing, regardless of what you think, we’re already facing the climate crisis,” she said. “We’re in it, and now we’ve got to mitigate it the best way possible.”

The bill’s backers include both industry associations such as the Idaho Forest Group and pro-hunting ones such as the Rocky Mountain Elk Foundation and the National Wild Turkey Foundation. Some environmental groups oppose it, saying it would “fast-track unsustainable logging, increase wildfire risk and jeopardize community safety,” in the words of a news release from the Sierra Club. The Idaho Conservation League is also against the bill, said spokesman Jonathan Oppenheimer.

“(We) have concerns with it that it really just kind of misses the mark in terms of some new authorities for fuels reduction and wildfire risk management on public lands, but also, more importantly, some of the post-fire management as well,” he said. “Some of our primary concerns are it would exempt some projects from the normal public process that ensures consideration of important issues and public comment as these projects are designed.”

Oppenheimer said policy should focus on managing growth in fire-prone areas, such as by better community planning and thinning growth in those areas. He said using existing tools such as state and local land management collaboration under the Good Neighbor Authority and fully funding the Healthy Forests Initiative would be better alternatives.

“This bill would basically create some loopholes and allow some projects to go through without the checks and balances that these projects deserve,” he said.