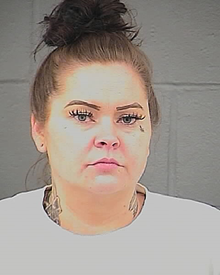 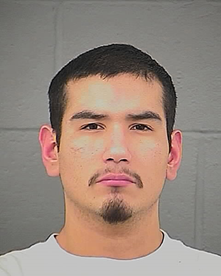 AMERICAN FALLS — Power County sheriff’s officials recently arrested two people while conducting a search in connection to a theft from the local courthouse.

They say Cheyenne R. Chavez, 31, is a suspect in the theft that took place at the Power County Courthouse on Jan. 8. Multiple items, valued at less than $100 total, were taken, but officials did not identify the items due to the ongoing investigation.

On Friday, the sheriff’s office and American Falls Police Department executed a search warrant at an apartment in American Falls, according to a news release. They found the stolen items along with some controlled substances, which they did not identify.

In addition, authorities located Emilio J. Chavez, 25, hiding under a bed in the apartment. They say there is a no-contact order in place requiring Cheyenne and Emilio to stay out of contact.