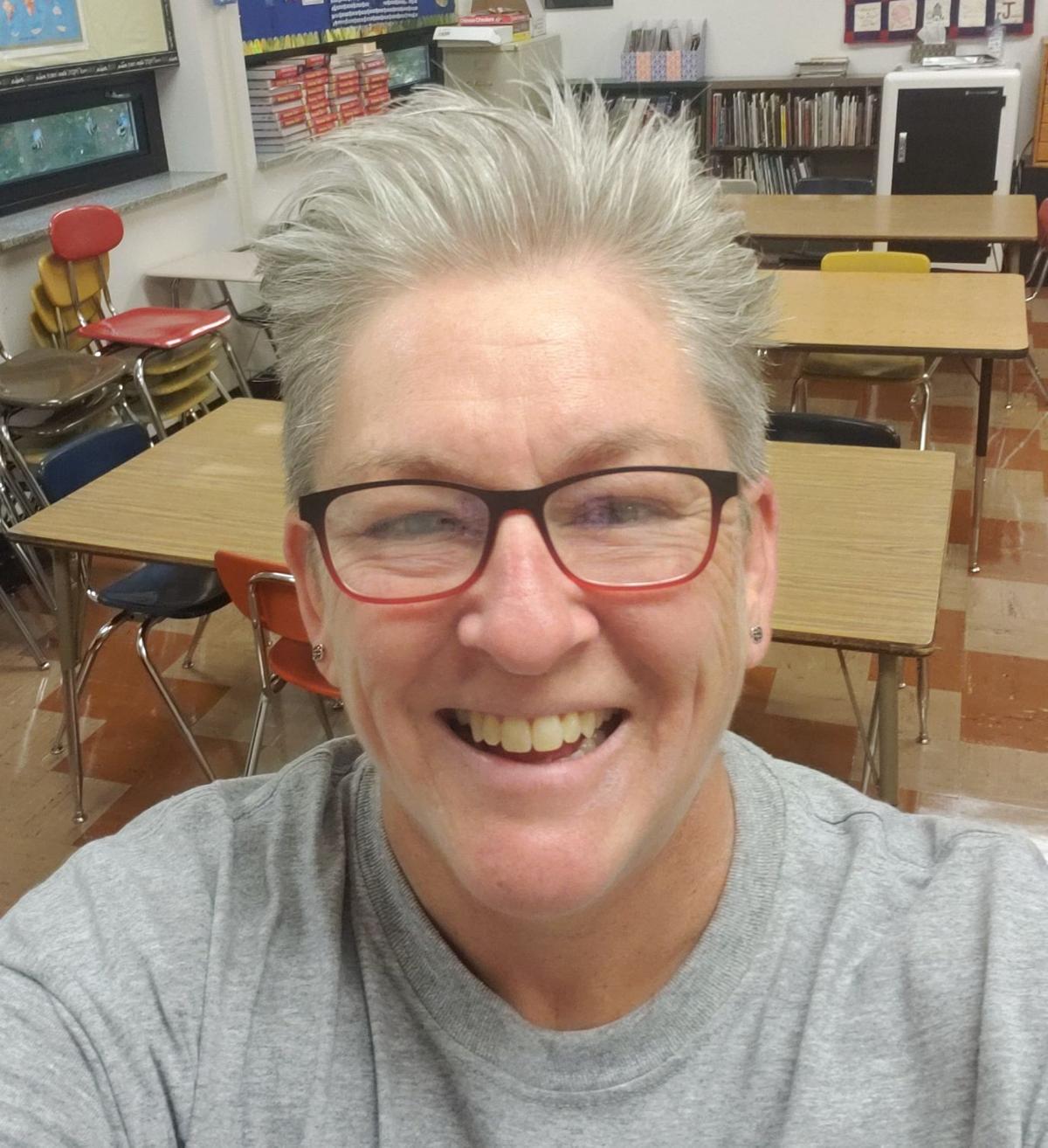 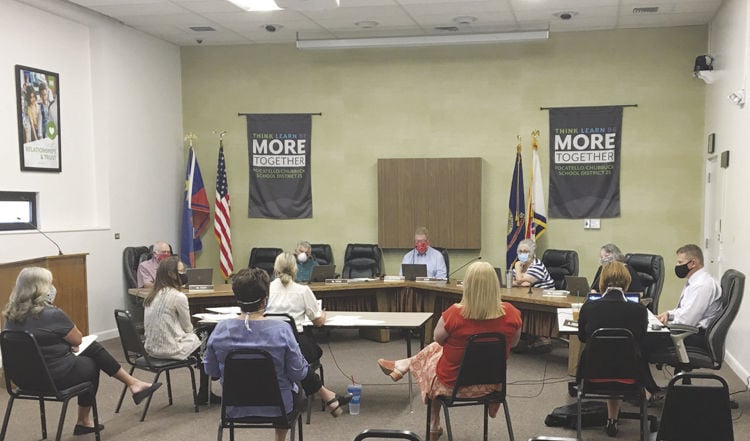 The District 25 school board meets on July 21, approving a roadmap for the school year and issuing a mask mandate for all of the district’s schools.

The District 25 school board meets on July 21, approving a roadmap for the school year and issuing a mask mandate for all of the district’s schools.

Pocatello/Chubbuck School District 25 employees most strongly support returning to school this fall with a hybrid educational model that allows limited use of school buildings, according to recent union surveys.

The district’s school board approved a “roadmap” July 21 for the upcoming school year outlining its options for responding to three potential COVID-19 transmission scenarios: one for low spread, a second for moderate spread and a third for substantial spread.

The community was classified in Category 1 — no spread to low spread — at the time of the roadmap’s approval, according to a district press release. The district has also imposed a mandate for students and employees to wear protective face masks.

McGrory conducted a follow-up email survey of teachers, counselors and classified staff from July 22 through July 26, receiving 372 responses. She said 43.8 percent of respondents in that survey supported opening in Category 2 with a hybrid model, compared with 40.2 percent who preferred to open in Category 1 and 16.1 percent who believed Category 3 was most appropriate.

McGrory can empathize with district employees who are personally at a high risk regarding the virus or have family members who are in sensitive populations, forcing them to grapple with tough decisions about whether or not to retire, resign or continue with their careers. McGrory cares for a mother with cancer and diabetes, but she’s not ready for retirement.

“It’s a huge issue. I think for a lot of people the issue wouldn’t be as concerning if (school) started out in that hybrid stage,” said McGrory, an Alameda Middle School geography teacher entering her 30th year as a teacher. “I think most of the anxiety people are feeling now is over which stage will we go back into and what will it look like if it’s the hybrid stage.”

District officials announced in a press release that there’s great interest in which category its schools will begin the fall term. The district said it will transition between categories based on input from Gov. Brad Little’s Rebound Idaho plan and input from Southeastern Idaho Public Health.

McGrory anticipates anxiety will lesson once more details of the plan are determined.

“Everybody wants to go back to school and be with our students, but we have to do it in a safe manner for everyone — staff, students and everyone’s families,” McGrory said.

The response by some parents to the district’s mask mandate demonstrates the community’s wide division in perceptions about the COVID-19 pandemic. McGrory has heard reports that the number of parents who registered for an online option for students who wish to attend school remotely rose significantly after the mask policy was announced.

“Flexibility is going to have to be key this year,” McGrory said.

Janelle McCormack-Walton said her son, who will be entering seventh grade, was heartbroken when she informed him that he won’t be reporting to Alameda Middle School this fall.

Since the family moved back to Pocatello from Mississippi a little less than a year ago, his asthma has gotten much worse. Though he’s been healthier lately, the family is taking no chances and will enroll him in District 25’s online learning option.

“He really enjoys going to school, especially the social part of it,” McCormack-Walton said.

Students who choose it will be required to stick with online learning through midterm or the end of the trimester. The registration deadline is Aug. 4 for elementary students and Aug. 14 for secondary students. The district advises students pursuing online education should spend a minimum of four hours per day with school work.

From what she’s heard of the online option, McCormack-Walton believes it will be better organized than the online learning model the district had to implement on short notice when the schools closed abruptly last spring due to the health crisis. Her son had been an A and B student and wound up “barely making it” last spring.

McCormack-Walton is grateful that the school district has given parents options, though she’s pessimistic that any plan that involves opening buildings will produce a good result.

“I believe it will be chaos in the end,” she said. “I hope it goes better than I think it’s going to go, but just think and look at all we see around us from opening up too quickly.”

Her son has already had a coronavirus scare. In February, he got really sick and his pediatrician thought he’d contracted COVID-19, sending him directly to the local emergency room. Oddly, he tested positive for a different pandemic disease that made headlines about a decade ago — H1N1, or swine flu.

He stayed at home in quarantine and both of his parents contracted H1N1, but he’s recovered fully.

Josh Hess and his wife both work full time for a local home health company.

When school closed during the spring, their kids were left to study from home alone, without an adult to keep them on task and little accountability until the end of school when they passed or failed.

“We won’t be able to pull them out of school. We can’t do that,” Hess said. “We can’t afford for them to be home by themselves because we want them to get an education.”

The Hess family has taken an active role in promoting community health amid the pandemic. His wife has been making and giving away masks, for example. But they worry it may be too much to hope that kids will consistently wear masks and take adequate precautions to minimize the risk of transmission. He supports a middle-ground approach that involves sending kids to school but emphasizes safeguards to keep them healthy.

“We’ve talked to the kids about it and they’re like, ‘You know, we want to at least try to get back to school and have that in-person interaction,’” Hess said.

Nonetheless, she believes the school district has positioned itself well through its collaborative approach to planning.

“I am super proud of the district and their plan. They worked very closely with the Pocatello Education Association, and because of that I feel like the majority of people are happy,” said Jones, a sixth-year teacher who serves on the PEA’s executive board. “Granted, there are going to be people who aren’t happy.”

Jones supports the district’s mask policy but anticipates there will be significant pushback and it will be difficult to enforce. In its roadmap, District 25 also announced it will implement a “no-touch” meal checkout system.

If a large percentage of families opt into the online learning program, Jones noted it may help the district in its efforts to maintain a safe social distance within its schools.

“I think the prospect of keeping kids home sounds great for a lot of people, but I don’t think it’s feasible for many of them,” Jones said. “Unfortunately, we’re going to have to put kids in masks and send them to school. How else can we deal with that?”

Statewide, an IEA spokesman said many members are apprehensive about returning to school due to a lack of robust safety features. He said the governor has given districts local control, which has resulted in varying degrees of safety features. The union official credited District 25 for listening to PEA members and enforcing a mask mandate and for including teachers on its reopening committee.

IEA President Layne McInelly has been concerned by Idaho’s steady COVID-19 growth trend. In a column he authored, McInelly noted Idaho is 51st among U.S. states and the District of Columbia in per-student funding, which he believes will hamper the ability of state schools to implement proper coronavirus safeguards.

“It is time to recognize our professional educators as essential workers, prioritize their safety and provide hazard pay and the resources and support they and their students deserve,” McInelly wrote. “Reopening our schools safely will require modifications to the traditional way of doing things, all of which come with a price tag.”