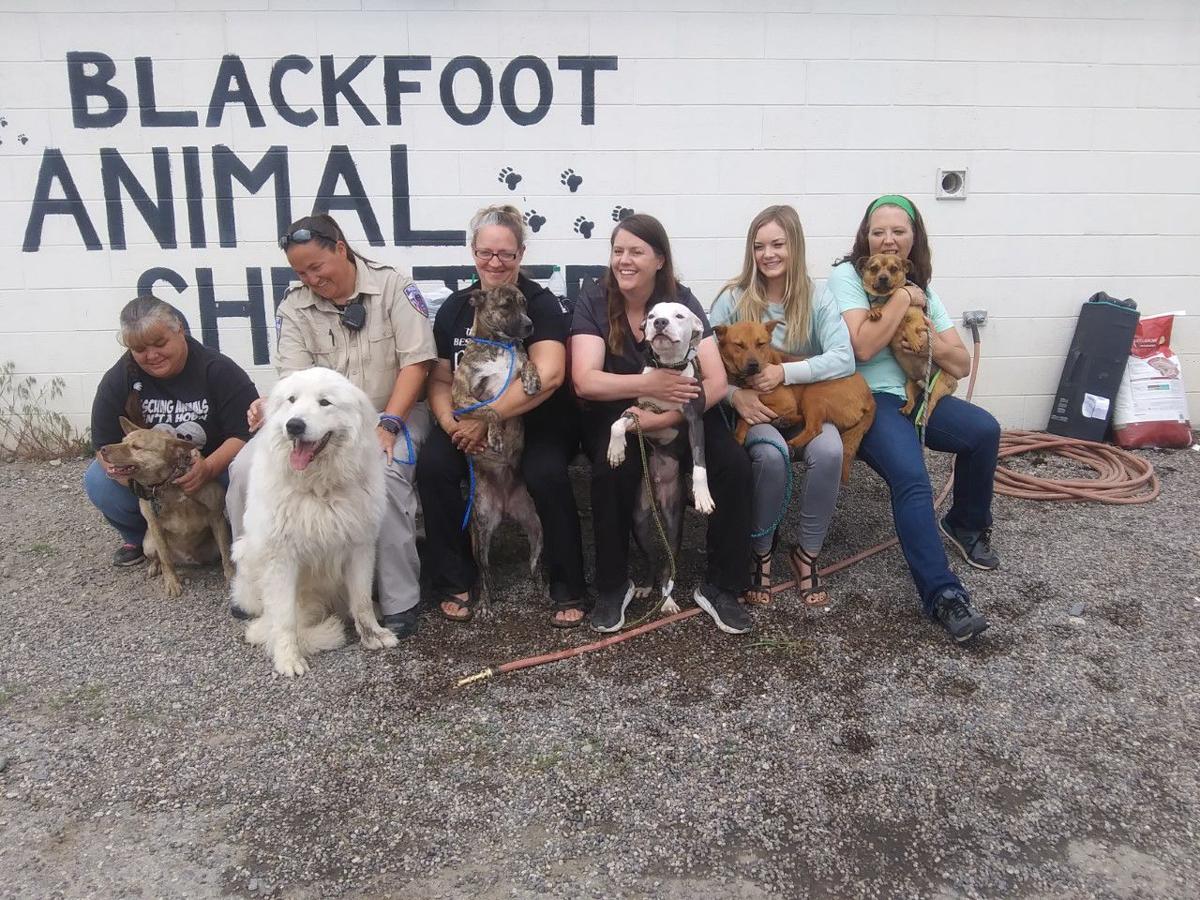 Some of the dogs being cared for at the Blackfoot Animal Shelter and Rescue from Friday’s tragic truck crash. 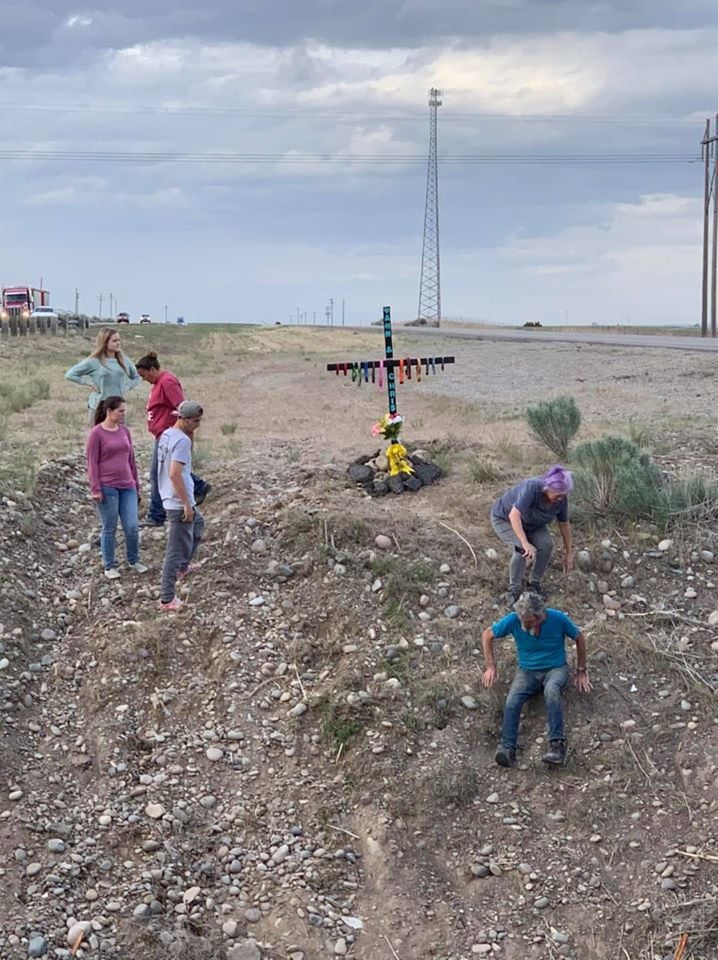 A memorial for two people who died along with 14 dogs has been put up near milepost 105 in the median of Interstate 15. A truck carrying 48 dogs to a facility in Canada crashed at the scene. A gravel road runs next to the site of the memorial underneath the freeway.

Some of the dogs being cared for at the Blackfoot Animal Shelter and Rescue from Friday’s tragic truck crash.

A memorial for two people who died along with 14 dogs has been put up near milepost 105 in the median of Interstate 15. A truck carrying 48 dogs to a facility in Canada crashed at the scene. A gravel road runs next to the site of the memorial underneath the freeway.

BLACKFOOT — The Blackfoot Animal Shelter and Rescue facility continues to handle a number of dogs while still searching for others remaining lost following a truck accident Friday morning that claimed the lives of two handlers from Arizona and over a dozen dogs on Interstate 15.

Officials said the story has received national attention from CBS and the Canadian Broadcasting Corporation. Multiple agencies handled the crash with the Idaho State Police as the lead investigative agency.

At approximately 6:15 a.m. on Friday, Bingham County Dispatch received a call advising them of a one-vehicle crash that was observed from Interstate 15 at milepost 105.

Upon arriving at the scene, first responders realized that, in addition to fatal injuries suffered by the driver and passenger, there were multiple domestic dogs involved and they requested assistance from the Bingham County Sheriff’s Office (BCSO) Animal Control. Also contacted at that time were Blackfoot Police Chief, Scott Gay and the Blackfoot Animal Control officer.

A man and woman, both from Arizona, were traveling northbound in a Ford Econoline box truck when the vehicle left the interstate on the left shoulder, went into the median and struck an embankment, the ISP said. No other vehicles were involved.

The female passenger in the truck, Ann Watson, 38, of Phoenix, was pronounced dead at the scene. The male driver, Christopher Kracht, 40, also of Phoenix, was transported via air ambulance to Eastern Idaho Regional Medical Center in Idaho Falls, where police said he also succumbed to his injuries. Kracht was wearing a seatbelt, Watson was not.

Based on information from the scene, Gay determined that additional transport vehicles would be required for the deceased and injured animals and contacted Blackfoot Animal Shelter and Rescue (BASR) Executive Director Amanda Cevering, who later arrived at the scene with two other employees of the BASR.

With assistance from Idaho State Police, Bingham County Sheriff’s Office, and Blackfoot Police Department, animal rescuers then combed a five-mile stretch of I-15 in an attempt to locate additional dogs. Deceased animals were then brought to the Idaho Falls Police Animal Shelter for cremation.

Upon investigation, it was found that the vehicle involved in the accident was rented by Who Saved Who Rescue, an organization located in Maricopa County, Arizona, according to a BASR press release.

Who Saved Who was transporting 48 rescue and shelter dogs to be delivered to a representative from E J Rescue in Alberta, Canada, who had homes for all of the animals. It appears that all dogs had the required paperwork necessary for interstate transport and entry into Canada, as well as adequate ventilation, food and water during their trip, the press release said.

A representative from E J Rescue stated that this was the fourth such transport between Who Saved Who and their organization in the last 12 months.

“This is about doing what is right, it’s about compassion and treating others as you want to be treated,” Cevering said. Cevering as well as the BASR board extended appreciation to the Bingham County Sheriff’s Office, Blackfoot Police Department, Blackfoot Fire Department, Idaho State Police and the Shelley Quick Response Unit who were all on-scene. Also, the BASR received an outpouring of support not only locally from Best Western Inn, Bealls and members of the community, but also throughout the U.S., Canada, and the world, the press release said.

Of the 48 dogs involved in the transport, officials said, 21 are doing fine and being housed locally at the Blackfoot Animal Shelter or the Blackfoot Animal Clinic. Ten dogs remain unaccounted for, and efforts are currently focused on locating them. Rescuers continue to search the area, but should citizens observe a loose dog, they are urged to contact Bingham County Dispatch at (208) 785-1234, who will then communicate with the rescuers. The remaining dogs will continue their trip to Canada when they are released by the veterinarian.

The staff and board of BASR expressed sadness at the loss of human and animal life that occurred last week, and sent condolences to the family and friends of the deceased and gratefulness to the community.