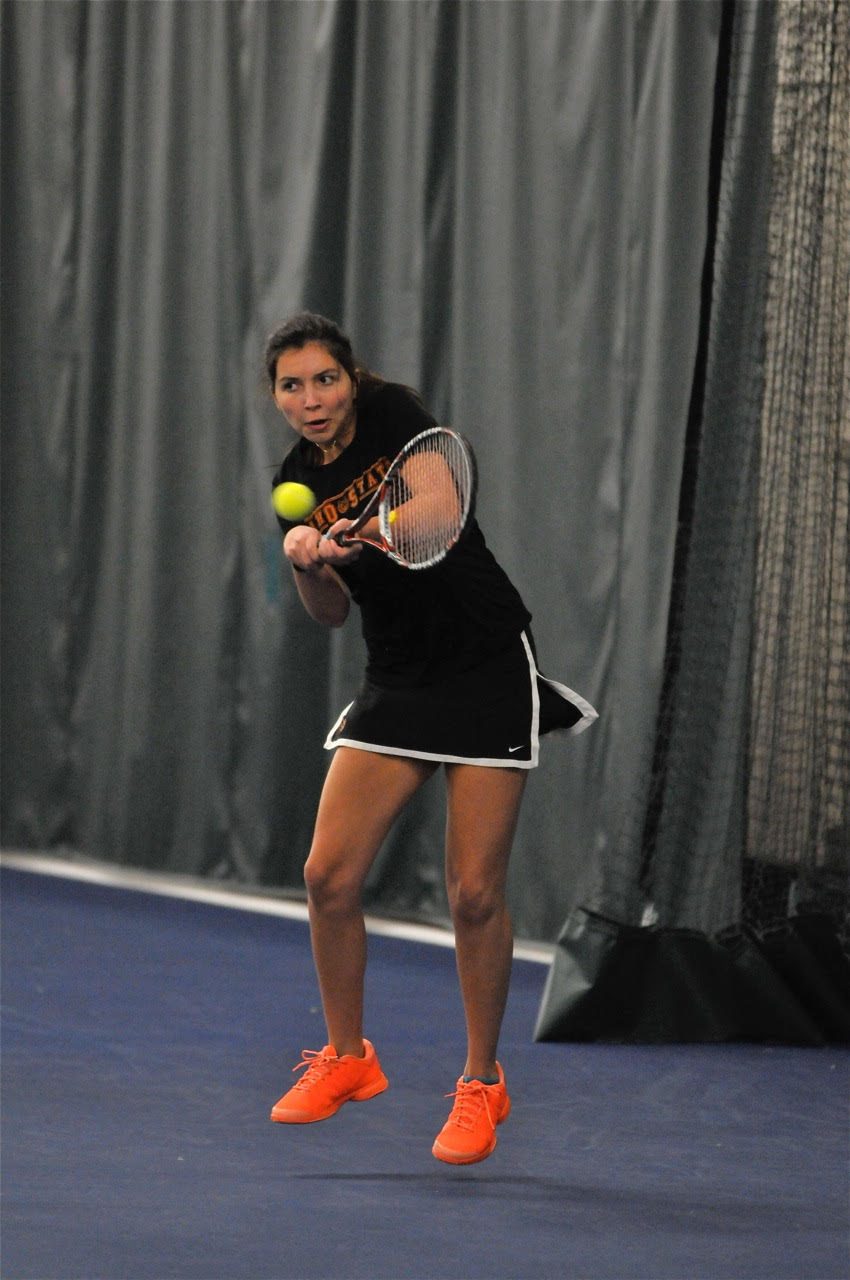 Zamira Vasquez on the court as a member of the Idaho State University tennis team. The ISU graduate is now working in COVID-19 hotspots as a nurse. 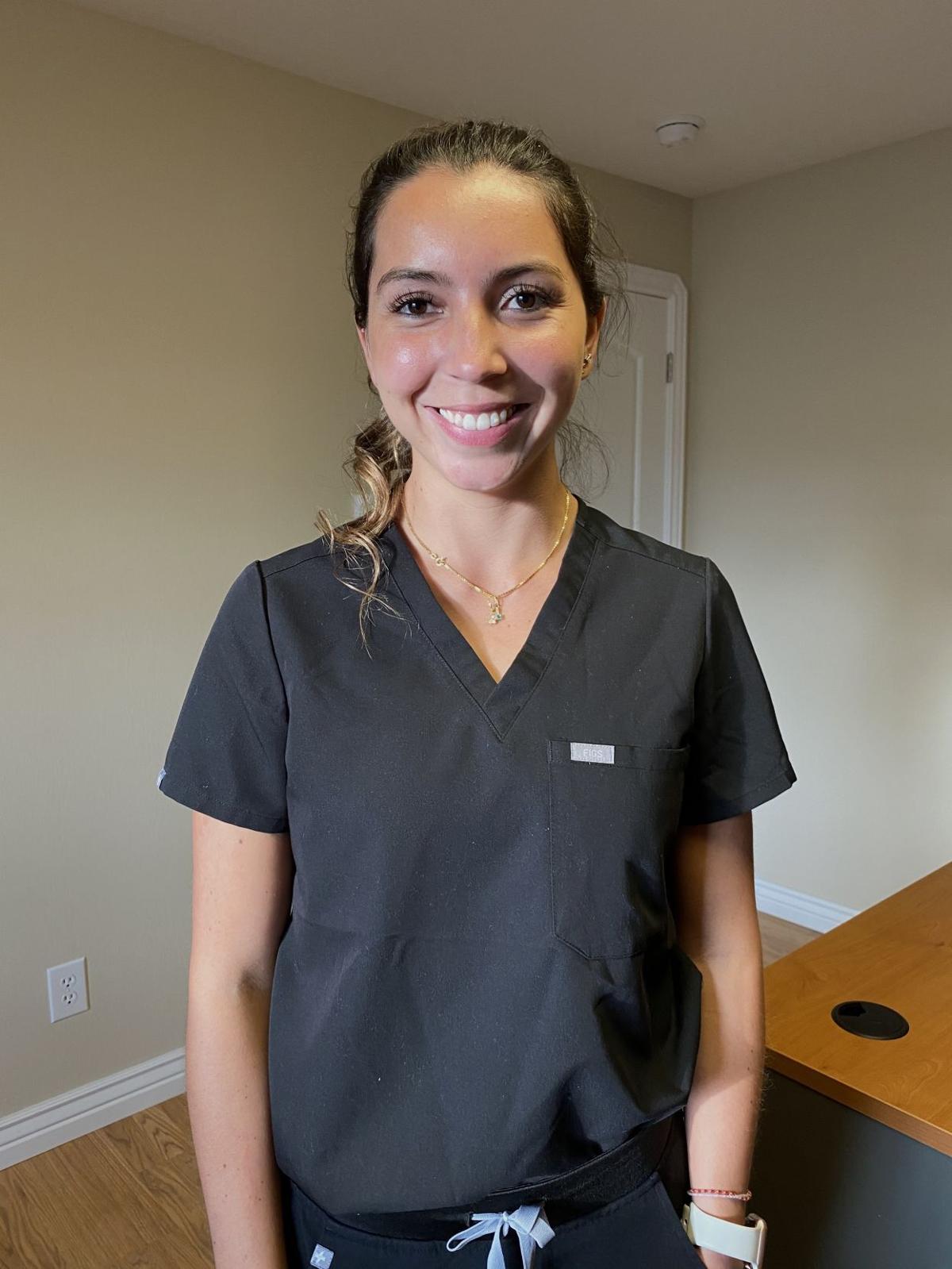 Idaho State University graduate Zamira Vasquez is working as a nurse in COVID-19 hotspots to provide badly needed medical care to those infected by the deadly virus.

Zamira Vasquez on the court as a member of the Idaho State University tennis team. The ISU graduate is now working in COVID-19 hotspots as a nurse.

Idaho State University graduate Zamira Vasquez is working as a nurse in COVID-19 hotspots to provide badly needed medical care to those infected by the deadly virus.

POCATELLO — Another COVID-19 patient would stop breathing and require resuscitation just about every hour when Zamira Vasquez first arrived at the hospital in Brownsville, Texas.

Watching families say good-bye to loved ones over Zoom became part of her daily routine. Outside of the hospital, there was always a crowd of people gathered to pray.

Vasquez, a 27-year-old native of Colombia who attended Idaho State University on a full tennis scholarship, finally has a brief respite from life as an intensive care nurse within a COVID-19 hotspot.

Throughout her nearly three months in Brownsville, Vasquez worked 12-hour shifts and maintained an overwhelming patient workload. She took just six days off throughout that entire time.

She’s currently spending a few weeks in Pocatello with a local couple who became like family to her while she attended ISU — Dr. Julio Vasquez, a cardiothoracic and vascular surgeon at Portneuf Medical Center, and Dr. Monica Mispireta, director of program development at Pocatello Free Clinic.

Soon, she’ll be dispatched to another hotspot, again working exhausting shifts on the pandemic’s front lines.

“It definitely puts on a mental toll and it can be absolutely nerve-racking at the beginning,” said Vasquez, who has never tested positive for the coronavirus. “The chances of you being exposed are way, way increased. ... But once you see see that you are actually giving a helping hand to this community in their greatest time of need, you forget about it.”

Vasquez could have counted her blessings this spring: She worked at hospitals in Las Vegas, where the COVID-19 situation wasn’t as dire. But she felt a responsibility to go where she was needed most.

Initially, she sought to bolster the beleaguered health care response in New York City. However, the terms of her immigration paperwork prevented her from making the move. Once that situation was resolved, she quit her job in Las Vegas and joined a crisis response team through FEMA’s Division of Child & Family Services. She was deployed to Brownsville.

“The pandemic is the closest thing to a war that health care providers have,” Vasquez said. “You have all of this training, and it feels absolutely wrong to sit this one out.”

She arrived in Brownsville on July 16 and remained there through Oct. 2. It’s a community of about 183,000 people with a large Hispanic population and a high percentage of multi-generational households. Parents and grandparents would often come together to the hospital for COVID-19 treatment.

Vasquez entered a situation in which time was too short to invest in filling out the usual medical charts, and customary staffing ratios were disregarded. The hospital normally has two intensive care units. While she was there, four additional temporary ICU units were set up on other floors.

“Working in a hotspot it kind of throws away everything you think about traditional medicine and it becomes more emergency medicine,” Vasquez said.

Even in her dreams, she couldn’t escape the heart-wrenching scenes she encountered in intensive care.

She was moved by one patient in particular. He was a 48-year-old man who had been otherwise healthy and had no history of medical problems. For a month, she tended to him while he was on an ventilator.

“He had a beautiful wife and a little 3-year-old girl,” Vasquez said.

For weeks, the patient was unaware of his surroundings and was sedated to limit his movement to avoid depriving his brain of critical oxygen. One day, Vasquez noticed he appeared to be more alert, so she reduced his level of sedation and contacted the man’s wife and daughter via Facetime. The man managed to respond to questions from his family by shaking his head, and he opened his eyes to see them one last time.

“It’s in your heart that you tried everything you could, but you can’t fix everybody,” she said.

Given what she’s experienced in the ICU, it troubles Vasquez that many people throughout the country still aren’t taking the pandemic seriously, and wearing a mask has devolved into a political issue.

“When you correlate wearing a mask with freedom, then I am not sure what kind of a definition of freedom you have,” Vasquez said. “We as a community should worry about taking care of one another.”

Growing up in Colombia, Vasquez spent much of her time at the hospital where her father worked as a surgeon. He died when she was 16, and she was moved by the many former patients who attended his funeral and spoke about his impact on the community.

“I felt really inclined to follow his path,” Vasquez said.

At age 7, she started avidly practicing tennis, setting a goal early in life of landing a college scholarship in the U.S. to open career opportunities. ISU answered the call. She played singles and doubles tennis for the Bengals from 2010 through 2014. More importantly, she graduated with bachelors degrees in nursing and nutrition and dietetics in 2015.

An ISU faculty member at the time, Dr. Mispireta, steered Vasquez on the path toward becoming a nurse. Mispireta is from Peru. The two conversed in Spanish and found common ground. Vasquez went to Mispireta’s home for dinner and soon became a regular guest.

“I really liked her immediately when I started talking to her,” Mispireta said.

After Vasquez’s scholarship had run out, Mispireta and her husband, Dr. Vasquez, invited her to live with them during her final year in school.

“Then she became a part of our family,” Mispireta said. “She’s like our oldest daughter.”

Mispireta and her husband have hosted Vasquez’s biological family at their home in Pocatello, and they’ve also visited them in Colombia.

After Vasquez graduated from ISU, she enrolled in a residency program as a cardiovascular intensive care nurse at Vanderbilt University in Nashville, Tennessee. She started working in intensive care in Las Vegas after finishing the residency in 2017.

Next school year, she plans to return to Nashville for another residency to obtain her doctorate of nurse anesthesia practice.

“I am not surprised at all of her successes, but also she has a very big heart,” Mispireta said. “She’s doing great things, and I find her story always very inspiring.”