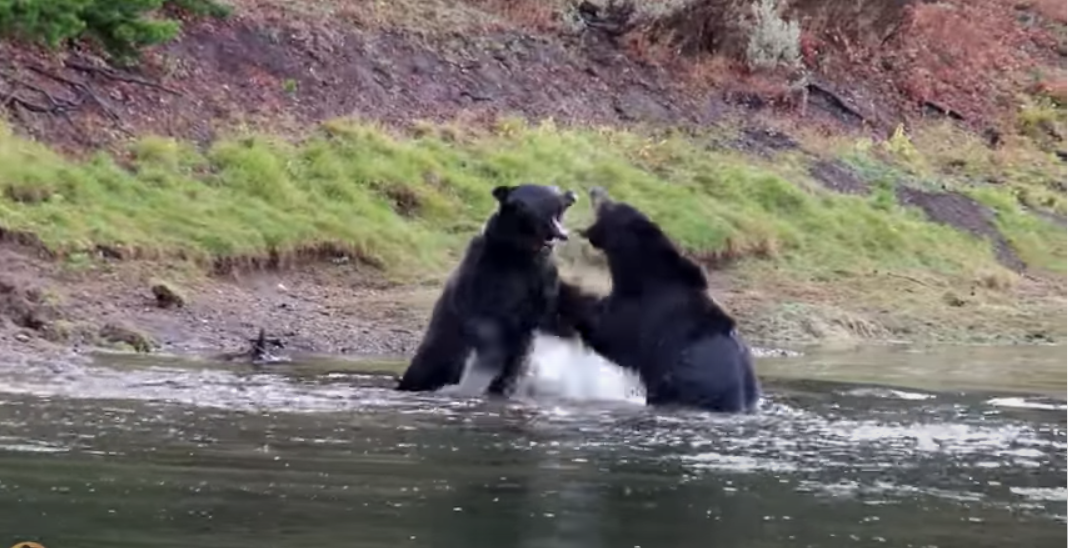 Two grizzly bears are shown fighting in this screenshot from a YouTube video taken by Dave Angelescu. 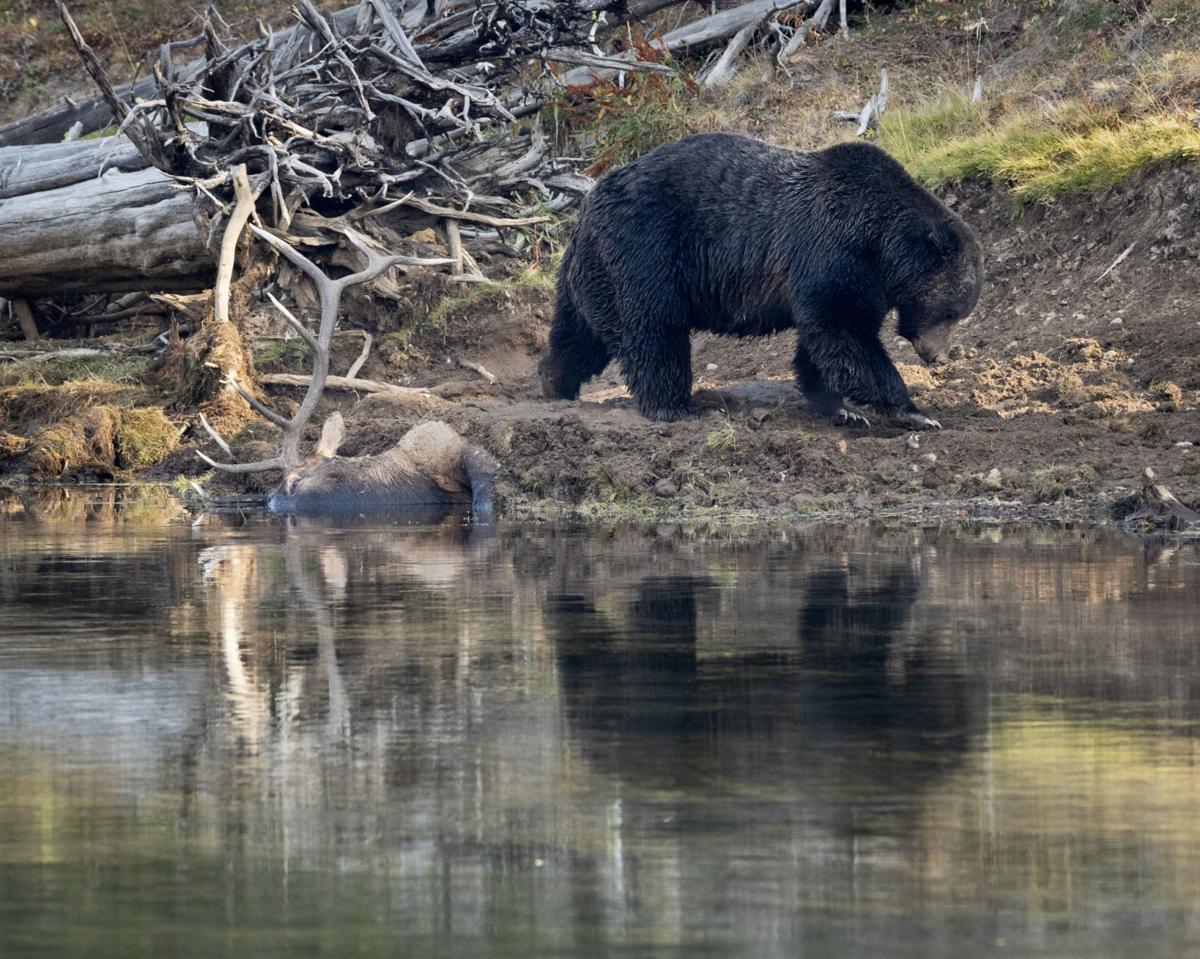 A grizzly bear stands next to an elk it killed in Yellowstone National Park's Hayden Valley. 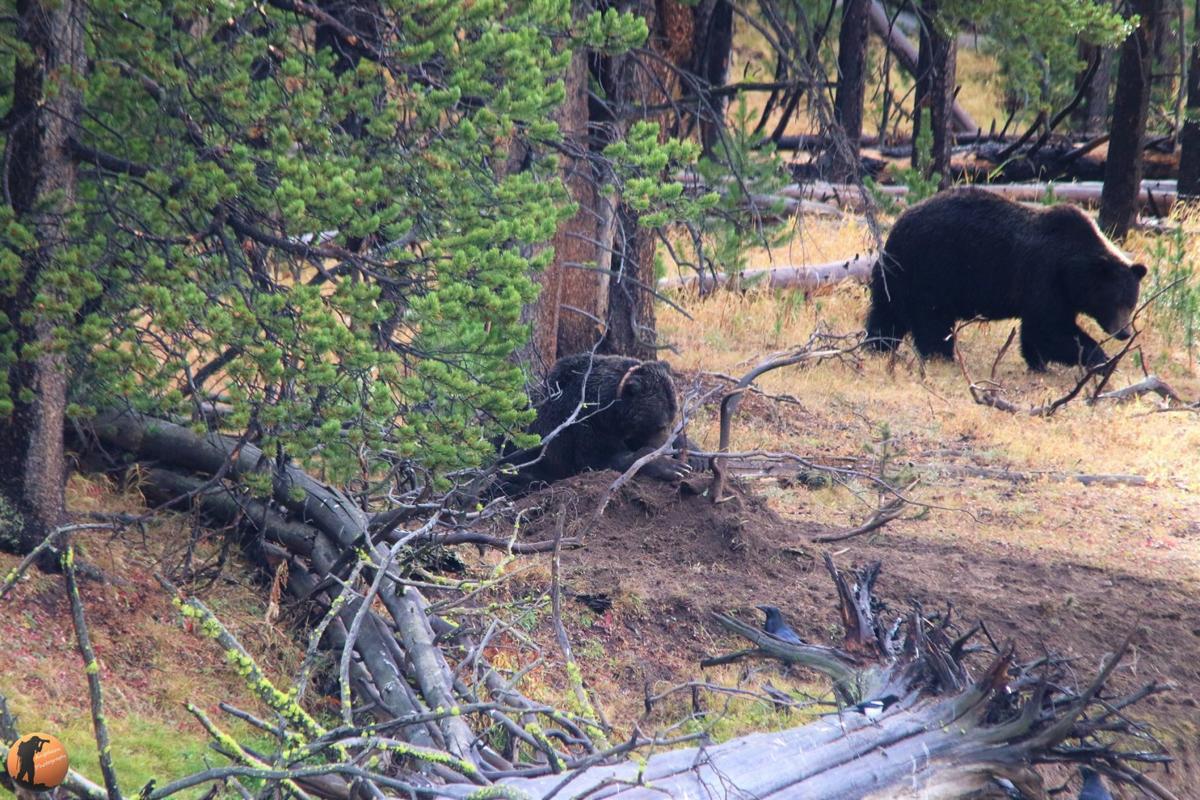 Two grizzly bears are shown near an elk carcass in Yellowstone National Park. 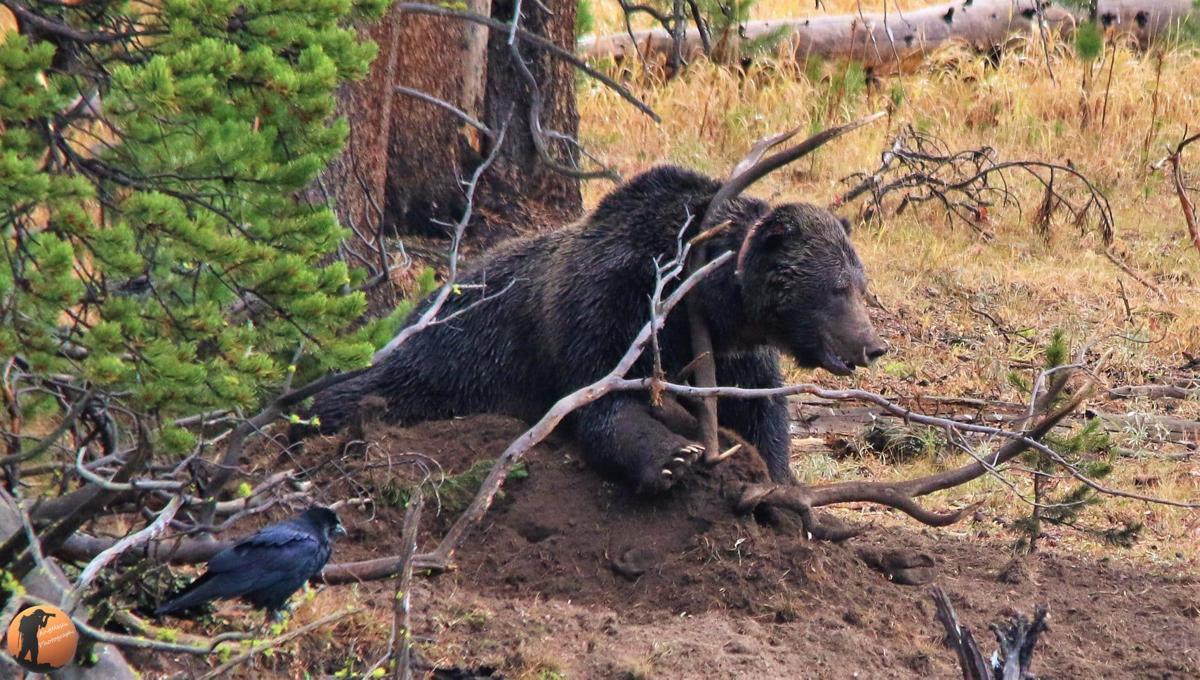 Grizzly bear No. 881 sits over an elk carcass in Yellowstone National Park. 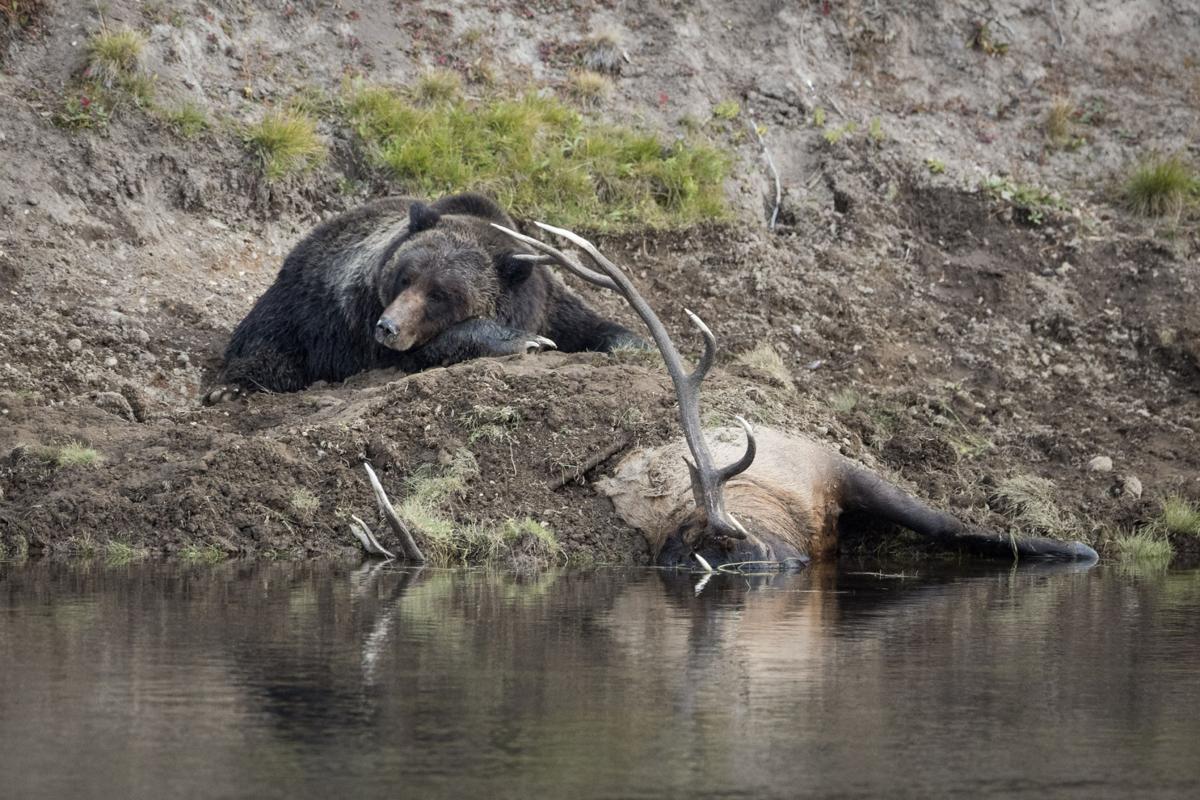 A grizzly bear lies next to an elk carcass in Yellowstone National Park.

Two grizzly bears are shown fighting in this screenshot from a YouTube video taken by Dave Angelescu.

A grizzly bear stands next to an elk it killed in Yellowstone National Park's Hayden Valley.

Two grizzly bears are shown near an elk carcass in Yellowstone National Park.

Grizzly bear No. 881 sits over an elk carcass in Yellowstone National Park.

A grizzly bear lies next to an elk carcass in Yellowstone National Park.

Dave Angelescu didn’t know what he’d see when he went down to the Hayden Valley in Yellowstone National Park last Saturday. All he knew is there had been a grizzly bear feeding on an elk next to the Yellowstone River for the past week. You know the one. There was a video of it taking down the elk the Friday before, and there were plenty of photos of it sitting over its kill in the following days.

Angelescu, who works for Xanterra in Gardiner, Montana, couldn’t get away from work until the weekend. Saturday was his first chance. He got to the Hayden Valley around 6:45 a.m. There were already 100 or more people there.

He parked north of the bear and hiked about a quarter-mile to get a good spot. A collared bear was sitting over the carcass. It has been identified as No. 881, a 17-year-old male.

That’s not the bear that originally killed the elk. It showed up and took over sometime late last week, after the original bear left. By Saturday, No. 881 had dragged the carcass uphill a bit and reburied it, hoping to conceal its scent.

A tree branch was sort of in the way for Angelescu to get good pictures, but soon that wouldn’t matter. Conflict was brewing.

Another grizzly came out of the forest and got into the water, swimming toward the elk carcass. It circled around a downed tree and toward the shore, looking to get a bite.

No. 881 wasn’t having it. It bolted down the hill once, forcing the other bear to retreat. Then the other bear made one more move toward the meat, and No. 881 bolted back down to the water.

This time, the fight was on. They clawed and bit at each other, splashing around in the river. They roared.

Ultimately, No. 881 won and resumed its spot over the carcass. After No. 881 made one more run toward the water and roared again, the other bear grabbed a scrap and retreated for good.

Angelescu got it all on video.

It was the second video from that spot in two weeks to circle the world and captivate Yellowstone-lovers. The first was of the initial kill, captured by a part-time Cody, Wyoming, resident early on the morning of Sept. 18, according to the Billings Gazette.

Officials believe the bear shown killing the elk was No. 791, a 9-year-old male.

The drama drew massive crowds to the north end of the Hayden Valley. Saturday afternoon, long after the fight, the crowd of bear-watchers was still huge. They stood on the edge of the road between Canyon Village and Fishing Bridge and gawked across the river at No. 881.

Traffic crawled. A park ranger urged people to keep from stopping in the road. Cars parked at steep angles in the ditch. People tiptoed along the road shoulder to get a glimpse.

Even so, Kerry Gunther, Yellowstone’s top bear biologist, said it was a fairly well-mannered bear jam.

“From all the thousands of bear jams we’ve had over the last 20 years, then parking was actually the best at that jam than I’d ever seen for a jam that large,” Gunther said.

Gunther said Wednesday that the bears had left and the carcass appeared to be completely consumed. But there were still people there hoping they’d see something.

Who can blame them? It’s not often that an elk killing or a fight between two big boars is that visible.

“It probably happens all the time far from a road and we just don’t see it,” Gunther said.

The Hayden Valley has one of the more dense grizzly populations in the park, according to Gunther. He said female and subadult bears are seen near the road more often than males, which tend to be farther off.

Trent Sizemore, a photographer and tour guide based in West Yellowstone, said shots of bears in that area are often from a much longer distance — maybe a half-mile away, not just across the river.

He made a few stops there last week to check out the scene. He caught video of one of the bears dragging the elk carcass farther into the trees and reburying it. But he wasn’t there for the fight.

“Something like that is pretty rare to see in the park,” Sizemore said. “... It just happened to occur in a good spot.”

The identity of the uncollared bear involved in the fight is somewhat in question. Sizemore believes it was No. 791, the original killer of the elk. Angelescu thinks it was likely a third bear.

Without a collar, it’s hard to say. Gunther said a third bear is a definite possibility. It’s not uncommon for there to be multiple bears on one carcass. His staff once documented 23 bears on a single bison carcass.

The question doesn’t diminish the rarity of what Angelescu caught on camera. He moved to Montana in December, and this was his fourth run-in with a grizzly since then.

None of the others were quite as eventful.

“That was definitely a National Geographic moment,” Angelescu said.

Michael Wright can be reached at mwright@dailychronicle.com or at 582-2638.