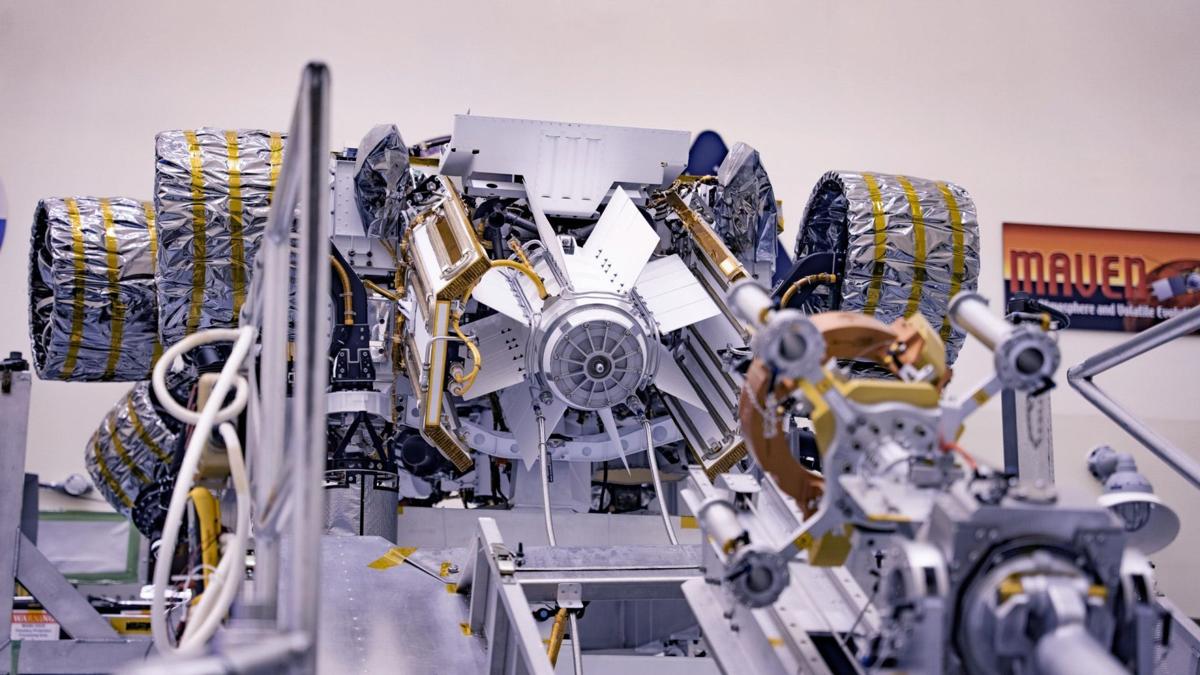 The MMRTG arrived at Kennedy Space Center in April 2020 following its final assembly and transport from Idaho National Laboratory. The fit check is the first time that the fueled flight generator is connected to the rover. After the successful fit check, the Multi-Mission Radioisotope Thermoelectric Generator was disconnected; it will be connected to the rover for the final time on the launch pad atop the mission’s Atlas V launch vehicle in July, before the planned launch of the Mars 2020 mission. 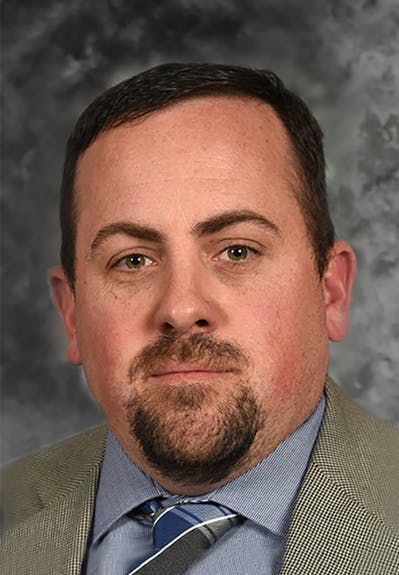 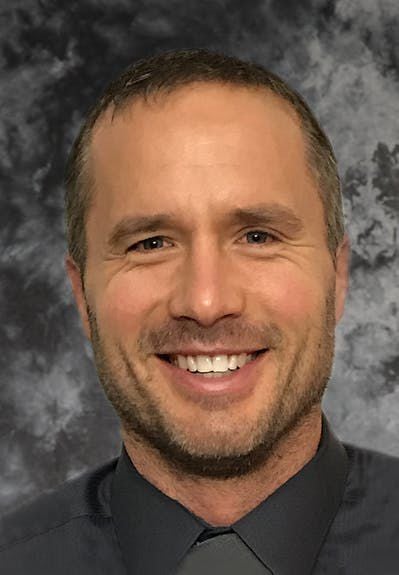 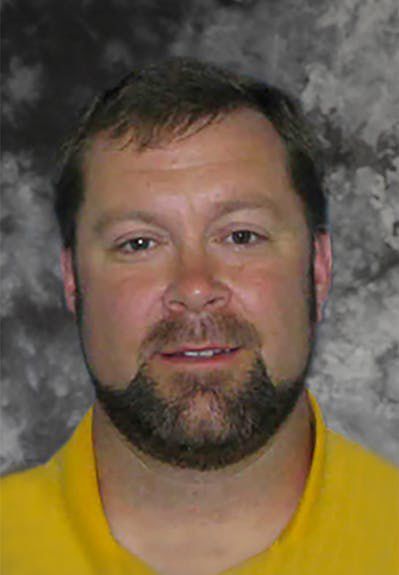 A trip to Florida is no vacation for the members of Idaho National Laboratory’s Space Nuclear Power and Isotopes Technologies Division who headed south to support this summer’s launch of the Mars 2020 Perseverance Rover.

These trips are filled with long hours, demanding timelines and plenty of stress. But it’s tough to beat the reward.

“I wouldn’t trade this opportunity and the experience gained for anything,” said Idaho Falls native Shad Davis, a nuclear research facility engineer in the Radioisotope Power System Department. “Our achievements are something I can come home and be proud of.”

Late last year, the team finished assembling and testing the multi-mission radioisotope thermoelectric generator that will power the Perseverance Rover. INL delivered the system this spring to Kennedy Space Center in Florida in preparation for launch, which is scheduled for July 30, with a launch window open until Aug. 15.

“I work with some brilliant people,” said Lucas Rich, a quality engineer who has been with the program for 14 years. “We rely on each other and work really well together.”

INL employees have been with the power system since its arrival in Florida, providing support and ensuring the multi-mission radioisotope thermoelectric generator is performing as designed. INL teams work in rotating shifts, spending a couple weeks at Kennedy Space Center before returning to Idaho. A larger group will head south closer to launch when the multi-mission radioisotope thermoelectric generator is run through its final paces before being integrated into the rover and placed atop an Atlas rocket headed for Mars.

It takes a lot of smart people pulling in the same direction to get to that point.

The Jet Propulsion Laboratory (JPL) manages the Mars 2020 Project for NASA’s Science Mission Directorate, and works with other national labs, universities, international partners and private companies to build the rover, which is designed to traverse the surface of the Red Planet, studying its geology and seeking signs of ancient life.

“Working with groups like NASA and JPL, it’s not an experience you get everywhere,” said Brandon Horkley, an Idaho Falls native and engineer in the RPS Department. “The way everyone in the program works together is amazing.”

INL’s team is familiar with strict protocols and training standards when assembling and testing the multi-mission radioisotope thermoelectric generator at the Space and Security Power Systems Facility in the Idaho desert. They train and practice long before they begin the actual work.

“We had a lot of turnover since 2011 (when the team worked on the power system for the Mars Curiosity Rover),” Rich said. “We did a lot of training to get everyone to the same standards. One of the benefits of our group is the camaraderie. We all work really well together, and this helps us reach the same goal.”

That camaraderie continues when INL’s team becomes part of a much larger group integrating individual components into what will become the Perseverance Rover in Florida. Members of the team headed to Florida in February to simulate the work they perform at Kennedy Space Center to become familiar with the procedures, facilities and staff members on-site.

“It’s another level of complexity at Kennedy Space Center,” Horkley said. “The operations we perform are similar to what we perform here at INL; however, we have to perform those operations alongside other groups such as NASA and JPL. Our procedures and operations must hand off effectively with the other groups, and it all has to flow. The stress level is definitely higher down there because there’s no room for error.”

This year’s work included the additional challenge of dealing with the COVID-19 virus, including the increased precautions during travel and on-site.

“There were some hiccups to travel plans and how things would work when we got down there,” Horkley said. “But things actually went pretty smooth.”

The days can be long and tedious and the work demanding, all with a hard deadline looming. If the team were to miss the short launch window, the project would be delayed more than two years.

“Our part of the process is one little piece,” Horkley said. “But it can’t be done without us.”

PAST SUCCESSES LEAD TO FUTURE MISSIONS

The team provided the power source for the Pluto New Horizons spacecraft, which launched in 2006 and continues to send back data as it nears the edges of our galaxy, and the Mars Curiosity Rover, launched in 2011 and cruising around the surface of the Red Planet nearly 10 years later.

And there’s more to look forward to.

The next INL-assembled and tested multi-mission radioisotope thermoelectric generator will power the Dragonfly rotorcraft lander mission that will explore Saturn’s largest moon, Titan. That mission is scheduled to launch in 2026. The Space Nuclear Power and Isotopes Systems group is also getting more involved in space reactors for both nuclear thermal propulsion and fission surface power applications.

“To me, it’s kind of a once-in-a-lifetime experience,” Horkley said. “Hopefully, I’m around for a few more. We don’t have the opportunity to fuel and test an RTG every year, so it’s great to be involved in something like this.”

After several years of training, preparing and working to get the latest multi-mission radioisotope thermoelectric generator where it belongs on the back of Perseverance, Rich said he’s ready for the mission to begin.

“I was on the backup team and left Florida before the Curiosity Rover launched, so I watched that from Idaho,” he said. “It’s been a goal of mine since working on the project to be a part of this and to see it in person, so it will be nice to be there this time.”

WHAT IS AN RTG?

Radioisotope thermoelectric generators work by converting heat from the natural decay of radioisotope materials into electricity. The generators consist of two major elements: a heat source that contains plutonium-238 (Pu-238) and thermocouples. The thermocouples produce electricity based on the temperature differential between the hot side (Pu-238) and the cold side (RTG housing). This electricity production is based on a well-known scientific effect called the Seebeck effect.

The system has a design life of 17 years, but it can be expected to produce power much longer than that. The Radioisotope thermoelectric generators also provides a source of heat for the rover’s instruments and onboard systems in the cold environment of space. Thermocouples have no moving parts and have proved to be an amazingly reliable source of energy for space missions.