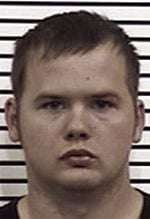 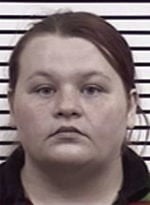 An Idaho Falls couple were arrested after they admitted to beating and abusing their then 6-week-old daughter, police said.

James and Amanda Berry, both 23, brought the infant to Eastern Idaho Regional Medical Center on July 22. The victim was unresponsive and had severe injuries, according to the probable cause affidavit.

According to court records, the victim had bruising on her forehead, a tear on the left side of her mouth, and diaper rash. Doctors told an Idaho Falls Police Department officer the baby was below her birth weight.

There also was evidence of previous injuries that had begun to heal. The infant was recovering from a broken leg, three broken ribs and two skull fractures. One of the skull fractures was spreading as the baby’s brain was growing.

The report continues by stating part of the baby’s temporal lobe had “eroded.” Where the lobe should have been, doctors found fluid consisting of blood and decaying brain matter.

Her brain was or had been bleeding from multiple areas, which the pediatrician told police was a sign of multiple traumatic injuries.

The victim suffered multiple seizures while at the hospital and had to be placed into a medically induced coma.

The parents initially said they did not know how the infant was injured. During a subsequent interview, however, they both said they had “blackouts” from stress during which they would beat her.

James Berry said he was frustrated because an injury caused him pain whenever he carried his daughter. He said he could not remember what happened when he blacked out, only that they were “bad things” that caused the baby’s injuries.

Amanda Berry said she also “blacked out” and blamed her actions on stress. She said she didn’t know they were injuring the baby, but said she knew they caused the injuries when she learned of them.

After the couple admitted to the abuse, a social worker filed paperwork to declare the child in “imminent danger.” The child has been removed from the Berrys’ custody and they are not allowed to have contact with her, according to the police report. The victim’s medical decisions have fallen to the Idaho Department of Health and Welfare.

Amanda and James Berry were charged with felony injury of a child with an enhancement for inflicting great bodily injury, punishable with up to 30 years in prison. According to the Bonneville County Jail, both are being released to pretrial services.

The parents have a preliminary hearing scheduled for 1:30 p.m. Oct. 16 in the Bonneville County Courthouse.