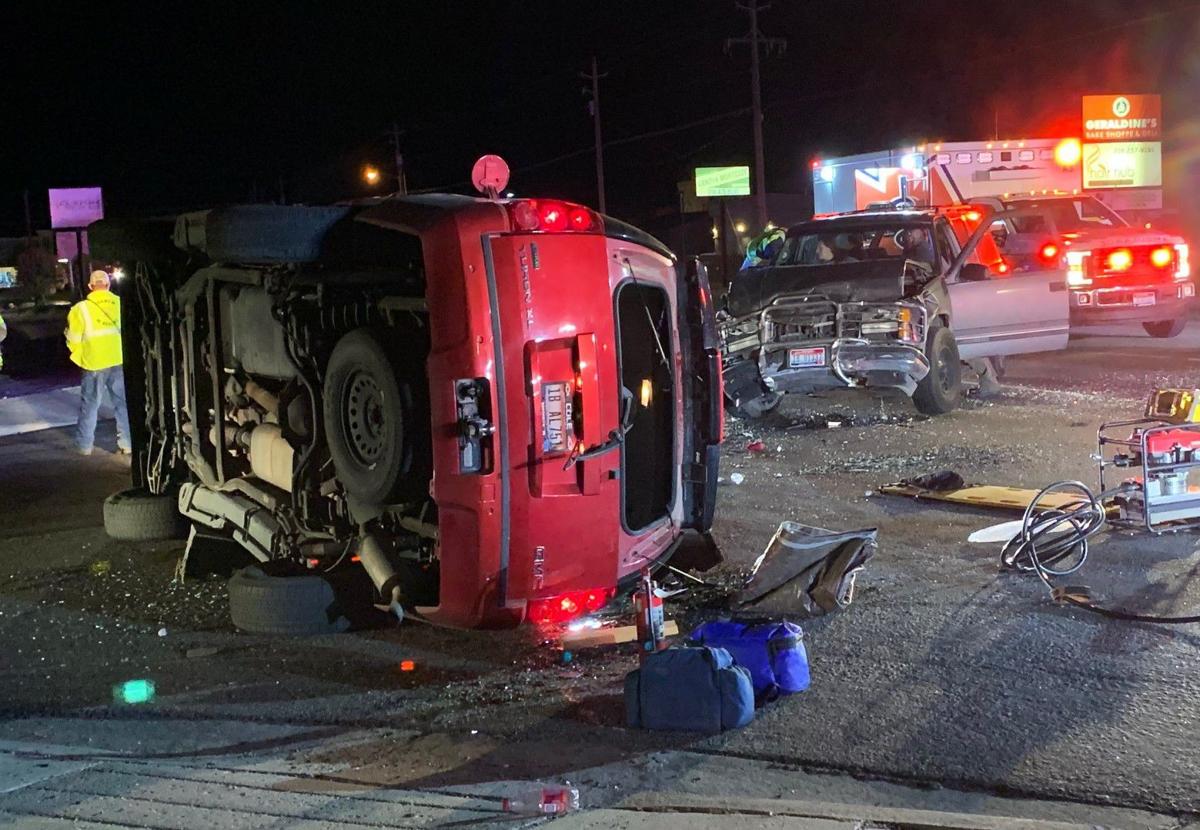 The scene of Friday night's collision between two SUVs in Chubbuck. 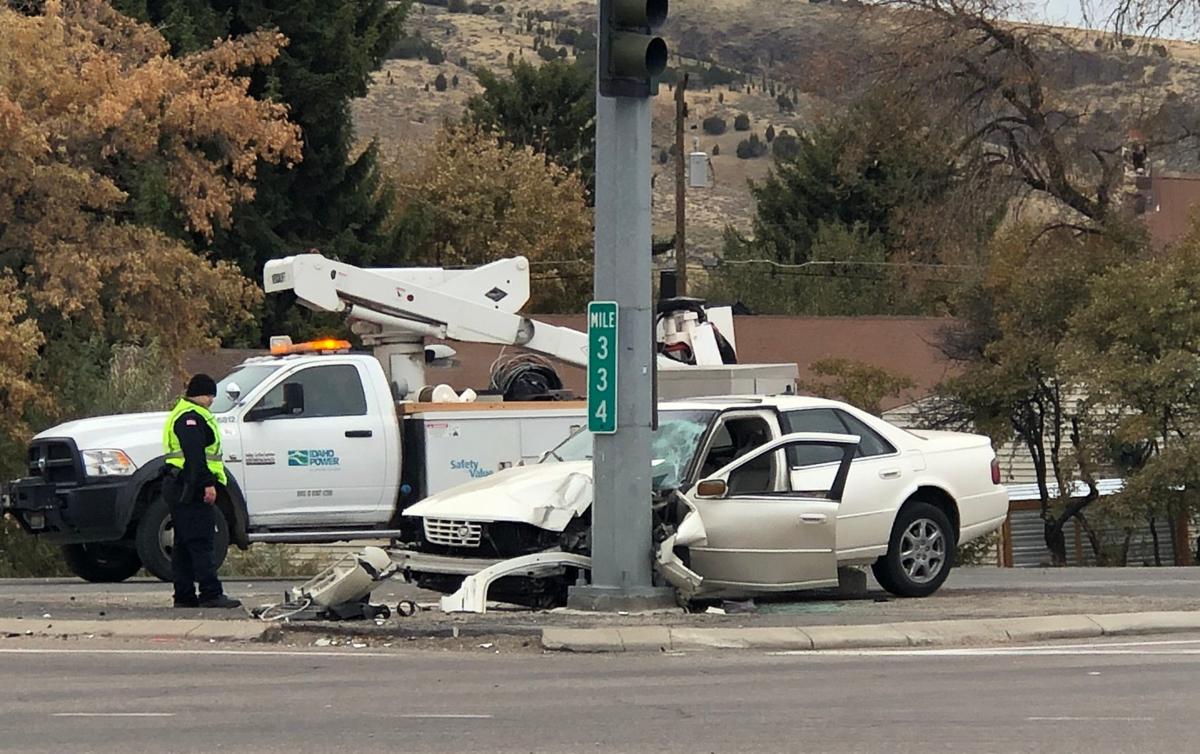 The scene of Saturday morning’s one-vehicle crash at Highway 30 and North Main Street in Pocatello.

The scene of Friday night's collision between two SUVs in Chubbuck.

The scene of Saturday morning’s one-vehicle crash at Highway 30 and North Main Street in Pocatello.

A total of nine people were injured in three separate wrecks during a 12-hour span in the Pocatello area.

The first crash happened around 9:30 p.m. Friday at East Chubbuck Road and Burley Drive in Chubbuck and resulted in seven people being transported to Portneuf Medical Center in Pocatello. The second crash was around 2:30 a.m. Saturday on Interstate 15 north of Chubbuck and left a young woman injured. The last crash occurred at 9:30 a.m. Saturday at Highway 30 and North Main Street in Pocatello and left a man injured.

Some of the victims had to be extricated from the wrecked SUVs by emergency personnel.

The Chubbuck Fire Department reported that seven people were transported via ambulances to PMC for treatment of injuries suffered in the crash. No condition updates on any of the seven accident victims have yet been released.

East Chubbuck Road's eastbound lanes in the area of the crash were temporarily blocked because of the accident.

Authorities haven't yet provided additional details about the crash and the accident victims' names have not been released.

The Interstate 15 crash occurred when a Chrysler sedan driven by Taylor Rentelman, 19, of Pocatello, was heading southbound on the freeway north of Chubbuck, state police said.

Rentelman, the vehicle's lone occupant, lost control of her car and it careened off the west side of the freeway and overturned, authorities said. She was able to exit the vehicle by crawling through the heavily damaged windshield, state police said.

Rentelman was transported by Pocatello Fire Department ambulance to PMC where she was treated for minor injuries and then released.

The Pocatello wreck involved a car crashing into the traffic light at Highway 30 and North Main. The car's adult male driver and lone occupant was injured in the crash and had to be extricated from his wrecked car by firefighters.

The driver's name has not been released but Pocatello police said his injuries are non-life threatening.

The driver was transported via Pocatello Fire Department ambulance to PMC for treatment.

The crash disabled the traffic light at the Highway 30 and North Main intersection until an Idaho Power crew responded and made the necessary repairs to get it working again.

Pocatello police said they're not sure what caused the car's driver to crash into the traffic light at the intersection while heading eastbound on Highway 30.

All of the vehicles involved in the Friday night and Saturday morning wrecks were totaled and all three of the wrecks remain under investigation.