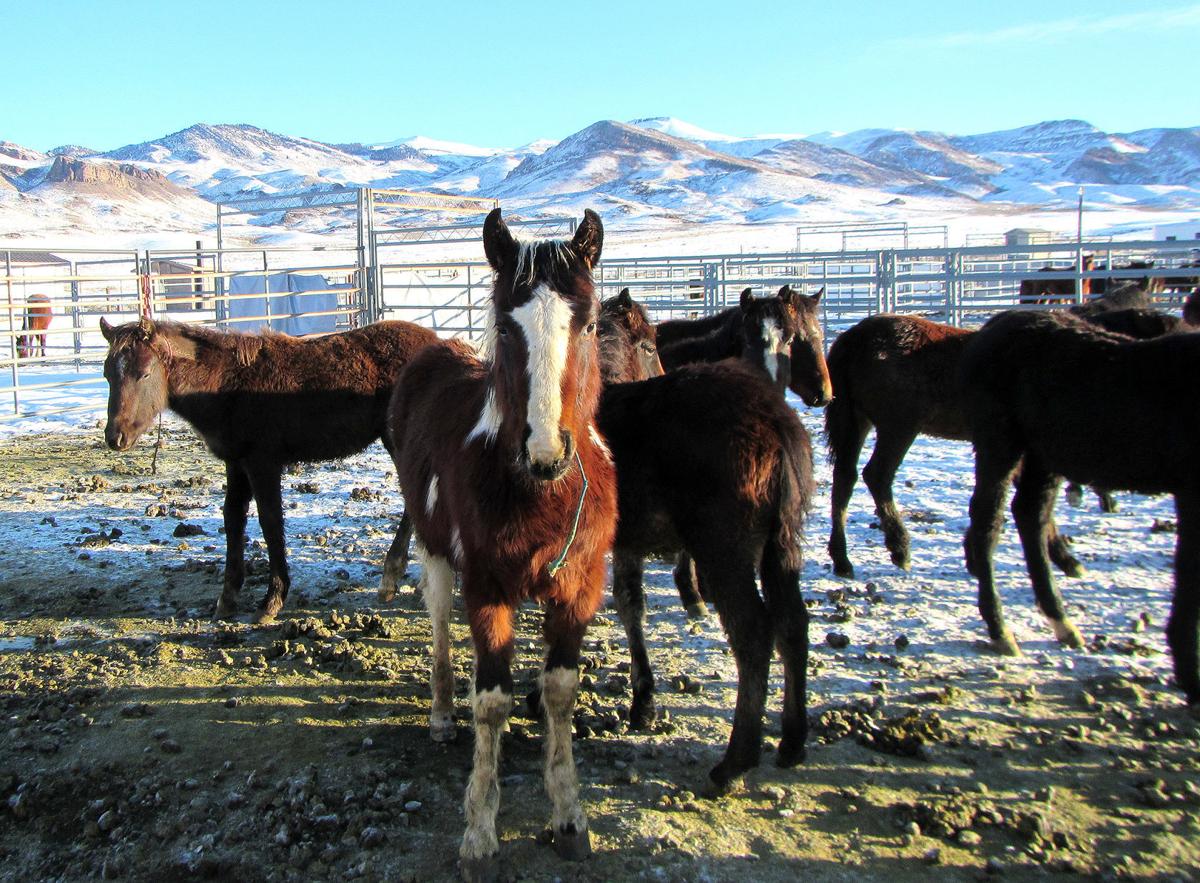 Wild mustang horses await adoption in Challis. The Bureau of Land Management has about 70 horses ready for an adoption event Jan. 31 and Feb. 1. 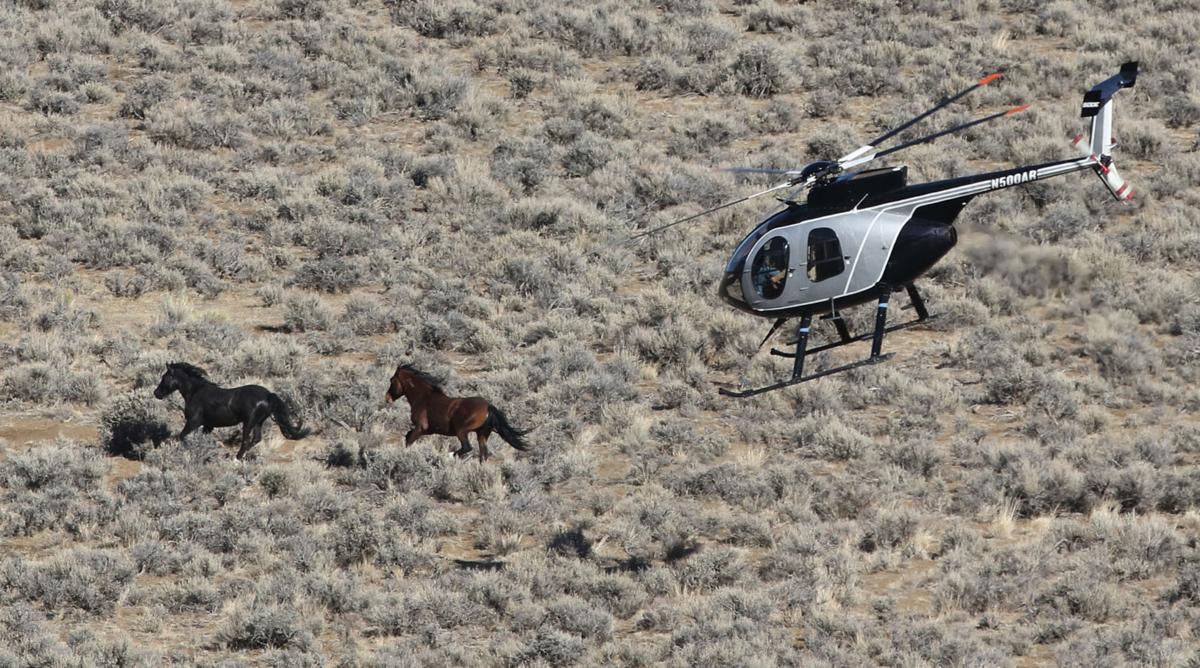 A pair of wild horses are herded with a helicopter earlier this month near Challis. Bureau of Land Management personnel rounded up 295 horses.

Wild mustang horses await adoption in Challis. The Bureau of Land Management has about 70 horses ready for an adoption event Jan. 31 and Feb. 1.

A pair of wild horses are herded with a helicopter earlier this month near Challis. Bureau of Land Management personnel rounded up 295 horses.

Like action movie stars, wild Challis mustangs have a reputation as smart, good looking and strong, making them popular with folks looking to adopt a wild horse.

The Bureau of Land Management Challis Field Office is seeking good homes for about 70 wild horses when it hosts an adoption event on Jan. 31 and Feb. 1. The event will be held at the Challis Off-Range Wild Horse Corral Facility south of Challis, just off the Upper Hot Springs Road.

The horses up for adoption were recently gathered from the Challis Wild Herd Management Area and range in age from 1 to 5 years old.

“Those Challis horses just tend to be popular with adopters,” said Heather Tiel-Nelson, public information officer for the BLM. “They’ve got good bone structure, and they’re good-minded. They look good.”

Tiel-Nelson said she expects a crowd to show up for the event, whether they plan to bid on horse or just watch.

“We’re offering gentling demonstrations,” she said. “Mario Johnson will pick one of the horses, and he will work with that horse in the round pen and talk with the audience about what he is doing. Generally, he gets a halter on that horse and gets that horse to pay attention to him. He does that in a couple of hours.”

Training demonstrations will be held both days of the event. On the first day, a one-hour competitive bid will be held. Bids start at $25.

Tiel-Nelson said because the horses are wild, the BLM has specific requirements for adopters. People must be 18 or older, have approved facilities to keep the horse, proper transportation and other equipment.

“The reason we do that is that a lot of times people will say, ‘well, I have 5 acres,’ and they come home with their newly adopted horse, and this animal has never been handled, and they turn it out, and they never can catch it,” she said. “So that’s why we require them to have a 400-square-foot corral or round pen just until the horse can be gentled.”

The allure of owning a wild mustang resonates with many horse lovers.

“A lot of times people who adopt a horse are in love with the idea of a wild horse,” Tiel-Nelson said, “and that iconic image of the West and wild horses. To have a piece of the West, that’s what inspires a lot of our adopters.”

The BLM started a new Adoption Incentive Program last year offering $500 within 60 days of adopting each animal and another $500 after the horse is titled a year later.

“We implemented this program last March and our adoptions in 2019 were up significantly,” Tiel-Nelson said.

She said her mother adopted a wild mustang from the Challis herd in 2009, and the horse went on to work with children.

“My husband trained him,” she said. “Chaz is such a great horse. He’s the perfect demeanor according to how calm he is and steady. It’s been a great match for that riding club in Meridian.”