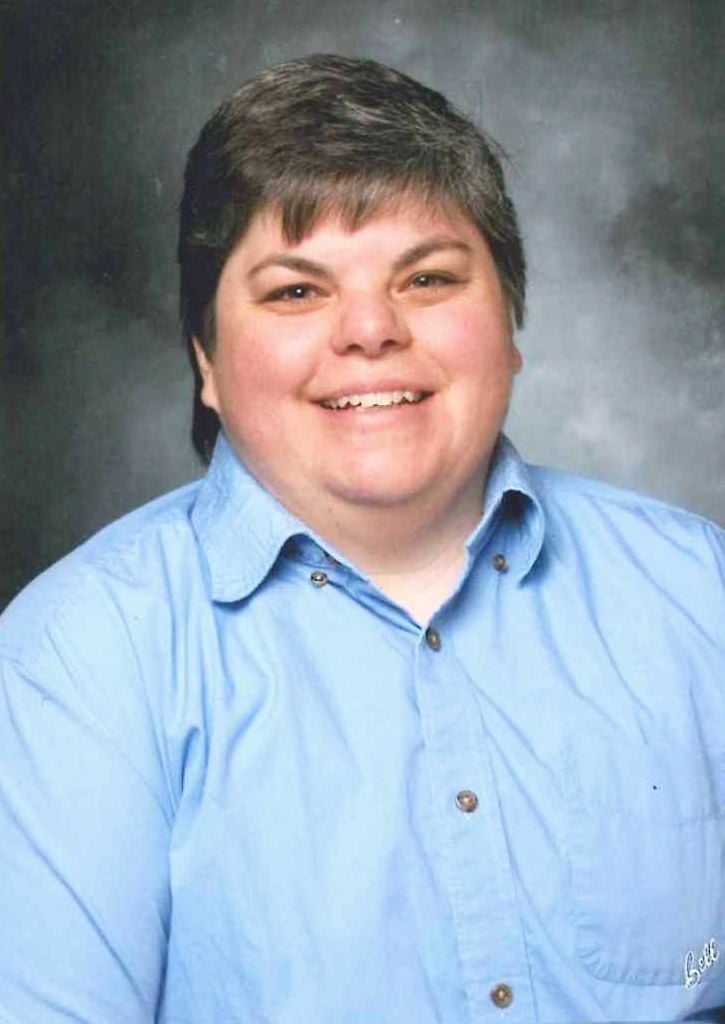 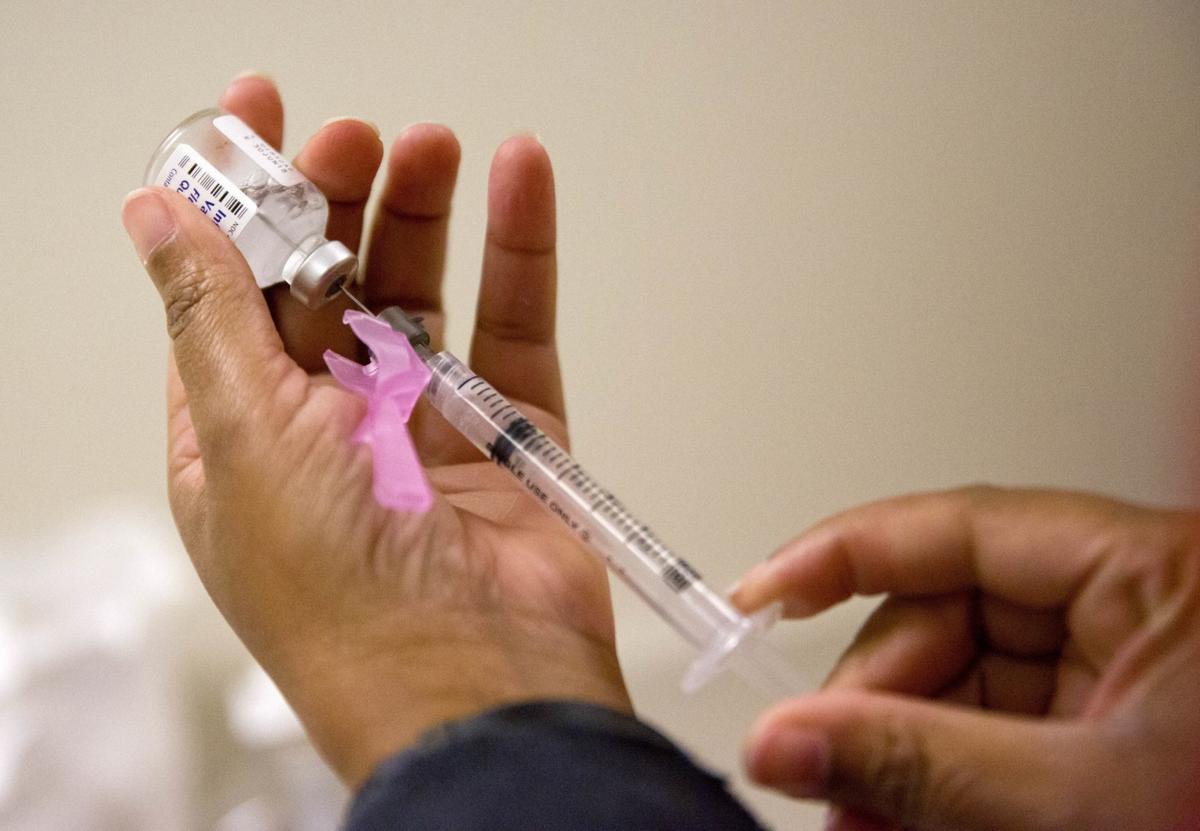 A nurse prepares a flu shot in this AP file photo. Officials say this winter's flu strain has been especially hard on children and middle-aged people in Idaho, though there's still been a relatively low number of reported deaths.

A nurse prepares a flu shot in this AP file photo. Officials say this winter's flu strain has been especially hard on children and middle-aged people in Idaho, though there's still been a relatively low number of reported deaths.

Virginia Swett implored her daughter, Karma, to stay home from work when she came down with the flu in the fall of 2017.

But Karma — a 43-year-old third-grade teacher at Pocatello’s Jefferson Elementary School — wanted to finish a class project and argued the timing was bad for calling in a substitute, despite the urging of her principal that she take a few sick days and get some rest.

Karma’s story, unfortunately, doesn’t have a happy ending; her mother, of Bloomington in Bear Lake County, now offers it as a cautionary tale that the flu shouldn’t be taken lightly, and toughing it out is the wrong approach.

As Karma continued to get sicker, Virginia urged her to go to a hospital emergency room for in-patient treatment. Instead, she made a few visits to clinics, where she was prescribed antibiotics and given shots that didn’t seem to have any effect.

At the start of President’s Day weekend, Virginia called Karma and once again suggested that she go to the doctor, but her daughter said she was too tired and just needed some sleep. Karma didn’t answer phone calls over that weekend, and Virginia figured she was finally catching up on her badly needed rest.

On Tuesday, Feb. 17, 2018, following the holiday, the principal sent someone to Karma’s home when she didn’t show up to school that morning. She was found deceased in her bed. Virginia said Karma’s lungs were filled with fluid. The official cause of death was congestive heart failure.

According to the CDC, heart disease was a contributing factor for about half of adults who were hospitalized with the flu in the 2018-2019 season, and the flu is associated with an increase in heart attacks and strokes.

Virginia, 71, was moved upon reading a recent story in the Idaho State Journal about flu-related deaths and felt compelled to share her daughter’s story as a public service announcement.

Though doctors say children, the elderly, pregnant women and people with chronic illnesses represent populations of greatest risk, Virginia insists there are no guarantees for people who contract the flu and believe themselves to be in good health.

“She road her bicycle a lot. She did a lot of exercise. She was otherwise pretty healthy,” Virginia said, describing her daughter as the type of person who would shovel snow for an elderly neighbor and prepare a meal to bring cheer to a friend.

Virginia also makes sure to get a yearly flu shot but warns people can get the flu even if they’ve gotten the vaccine. Karma, for example, had gotten a flu shot, but Virginia believes the vaccine wasn’t for the proper strain.

Virginia is also convinced Karma’s shot may have somehow been flawed and given her the flu, though experts say that would be impossible.

“That is a fairly common myth we wish would go away because the flu shot cannot give you the flu,” said Niki Forbing-Orr, a spokeswoman with the Idaho Department of Health and Welfare.

Forbing-Orr explained the shot does not use living culture. She said people often get exposed to the flu shortly after getting vaccinated, before their body has a chance to develop an immune response, and mistakenly believe the vaccine itself is responsible.

However, she agrees the flu is variable and changes every year, making it tough to get a good match with the vaccine.

“The flu shot doesn’t guarantee you don’t get the flu, but it may reduce the severity or duration,” Forbing-Orr said.

In Idaho this year, a dozen people have already died of the flu, including three children.

“The flu is serious. As we’re seeing this year, it does change, and this year it seems to be affecting children more seriously than flu seasons have in the past,” Forbing-Orr said.

According to a CDC study published in “Pediatrics,” flu vaccinations significantly reduce the risk of a child dying of influenza. The study analyzed data from 2010 through 2014, finding the vaccination cut the risk of flu-related deaths among children with underlying high-risk medical conditions by 51 percent. The shot reduced the risk of death among healthy children by nearly two-thirds.

Jeff Doerr, an epidemiologist with Southeastern Idaho Public Health, emphasized that it’s still advisable for anyone who hasn’t been vaccinated to get a flu shot. Doerr said flu cases typically spike during December and January, and the season usually winds down in March. This year, he said Idaho had a spike from Christmas through New Year’s Day, and it remains to be seen if the state will experience a second spike.

“We’ve seen it pick up in the spring, too,” Doerr said.

This year, Doerr said the flu strain seems to be hitting middle-aged and young people, and the virus changed right as officials were starting to make the vaccine, so the vaccine’s match isn’t ideal. The state has had a relatively low number of flu-related deaths this year, however.

To prevent the spread of the flu, Doerr advises people to make washing their hands a priority, and to stay home when they’re sick to avoid spreading the virus.

“Ninety percent of all communicable diseases are prevented by good hygiene,” Doerr said. “And if you stay home that’s less exposure with sharing it with other people.”

Doerr said people can spread the virus before they’re even symptomatic.