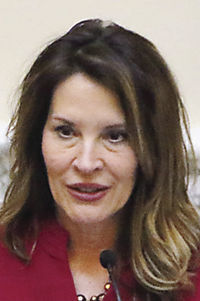 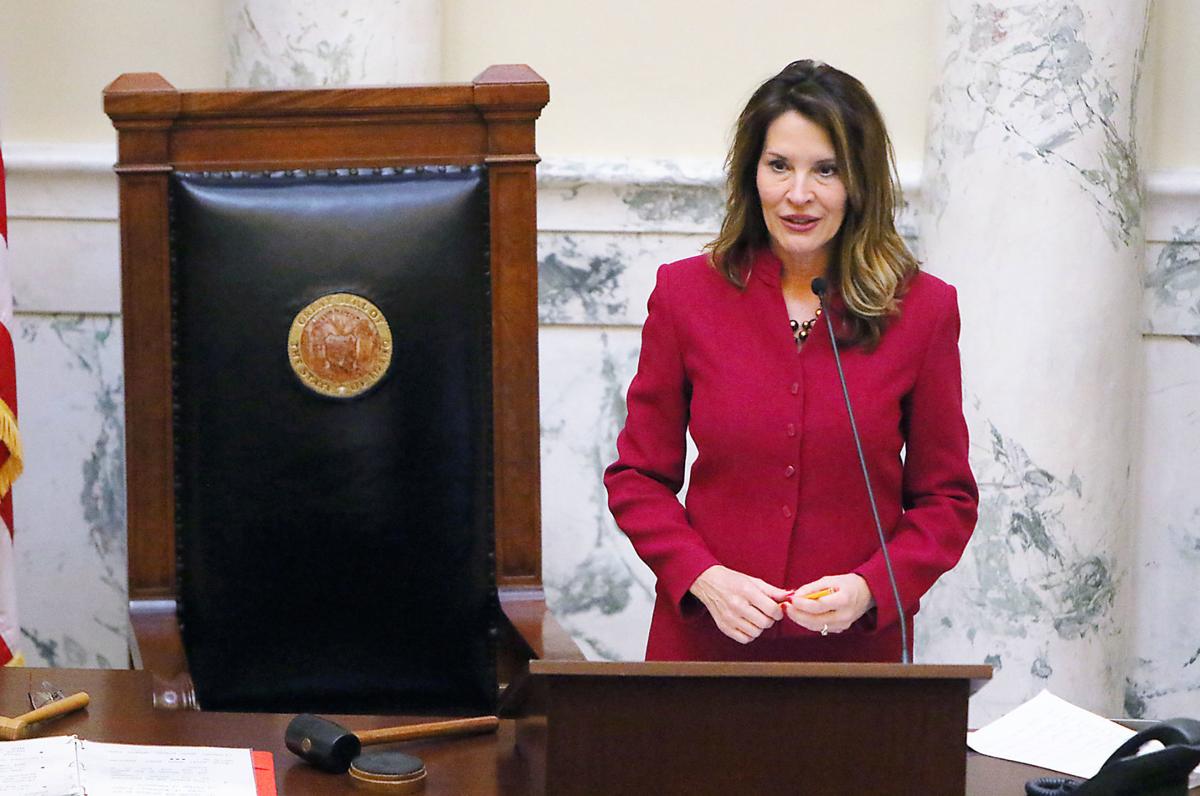 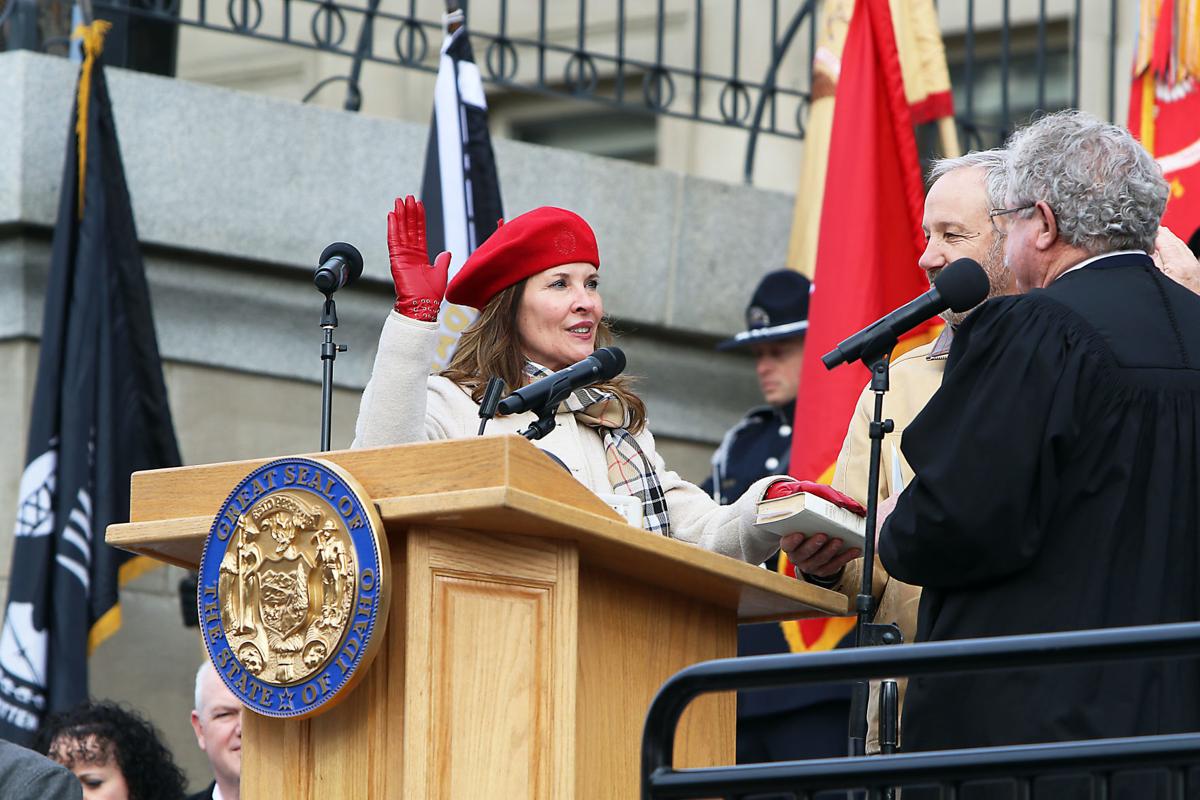 Janice McGeachin has only ever lost one race.

The year was 1998. The office was Bonneville County commissioner. It was, coincidentally, also the first race of her political career.

“I learned a lot in that race,” said McGeachin, an Idaho Falls Republican. “That’s where I really picked up a solid base of support.”

That support would grow over the years until it enabled her to rise to Idaho’s second highest position of power exactly two decades later.

Lt. Gov. McGeachin was sworn into office Jan. 4, marking the first time a female has ever held that position in Idaho.

McGeachin’s no stranger to Idaho politics, having served as a state representative from 2002 to 2012. She’s also well known for her business ventures, including owning The Celt pub and grill in Idaho Falls for the past several years.

McGeachin’s sister, Sandi Shropshire of Pocatello, said she believes being Idaho’s lieutenant governor is a challenge McGeachin will handle well.

“The standards are different for women,” said Shropshire, who works as a librarian at Idaho State University in Pocatello. “But she treats other people with respect, and it doesn’t matter if they are man or woman or Democrat or Republican. She will stand her ground but also listen to other people, so I don’t think it will be a problem.”

Female politicians face the challenge of being forced to need a much higher “likeability factor” than their male counterparts, according to Nancy Bocskor, the director of the Center for Women in Politics and Public Policy at Texas Woman’s University in Denton, Texas.

“Powerful, assertive women threaten many voters, male and female alike,” Bocskor said via email. “But Lt. Gov. McGeachin has a record of achievement spanning nearly 15 years. She has relationships and understands the nuances as well as the nuts-and-bolts of political leadership. Women are survivors and she, too, will survive.”

For McGeachin herself, she sees being Idaho’s first female lieutenant governor as not just a chance to survive, but to thrive.

“Personally, it’s just a natural extension to take who I am as an accomplished businesswoman and bring it to this level of government,” McGeachin said. “I think it’s good to have someone who truly understands how government can affect our business operations.”

Indeed, her fellow small business owners have expressed excitement and appreciation at a future Idaho with “one of their own” helping to lead the charge.

Andy Akers, the owner of Electric Supply Business in Idaho Falls, said his reasons for supporting McGeachin were twofold.

“I’m very excited from a personal standpoint but also a business standpoint,” he said. “I’m just refreshed that we will have a voice in Idaho government.”

A top priority in her new role, McGeachin said, is to strengthen Idaho businesses and their future employees.

“I want to do what I can to help the next generation develop skills for the jobs that are coming into our economy today,” she said. “Our educational system needs to be nimble and flexible to be able to help the young people be prepared for their futures.”

McGeachin also hopes to place great importance on the preservation and distribution of natural resources, in light of Idaho’s exponential population growth.

Akers agreed that perhaps McGeachin’s greatest challenge as lieutenant governor will be addressing the state’s increasing population — and with it, ever changing viewpoints.

“There’s a lot of change happening in Idaho and dealing with that and the different perspectives and influences is a big challenge,” he said.

However, Akers added that he believes McGeachin will be well equipped to manage the situation.

“She has a great trait of listening to the concerns of not only businesses but people,” Akers said.

Shropshire said one of McGeachin’s strongest traits is that she’s extroverted.

“She loves having people over and being a hostess because she likes getting to know people,” Shropshire said. “During her campaign, she drove around the entire state. That’s a lot of driving. But I know she enjoyed it because she got to meet people.”

Particularly as a woman carving a space for herself in a traditionally male dominated career, McGeachin’s charm will serve her well, said former state representative Linden Bateman of Idaho Falls.

“Her personality presence will be felt as she meets people outside of the state,” Bateman said. “She just has this charisma and intelligence. Who knows? She could be governor one day.”

For now though, McGeachin said she is looking forward to her historic first term as Idaho’s lieutenant governor, a dream decades in the making that’s come to fruition.

“When we start moving forward in our lives, sometimes people think that these things just happen overnight,” McGeachin said. “But they don’t. If I could go back to that Janice that had just lost the Bonneville County commissioner race, I’d pat her on the back and say, ‘Good job, Janice. In this one case, you weren’t successful, but that’s OK because it wasn’t a failure.’”