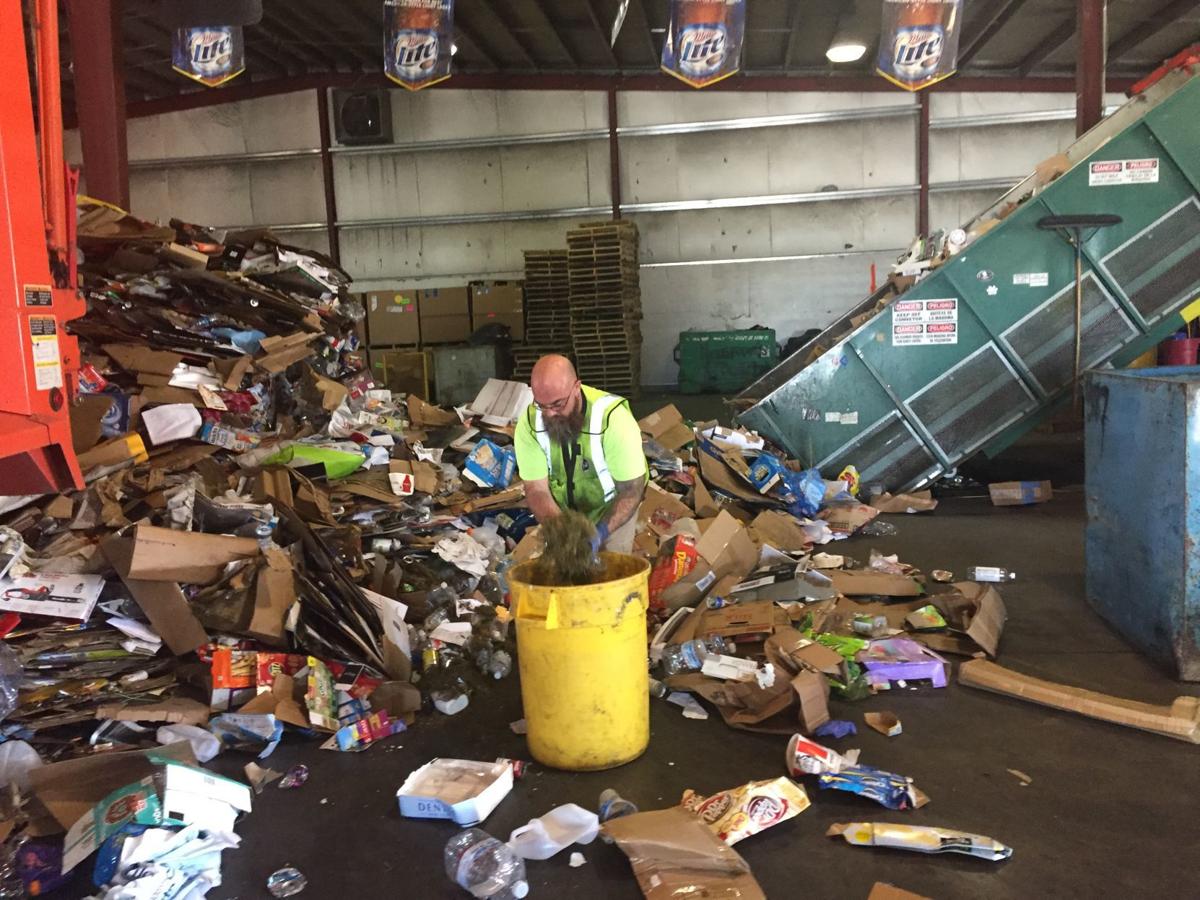 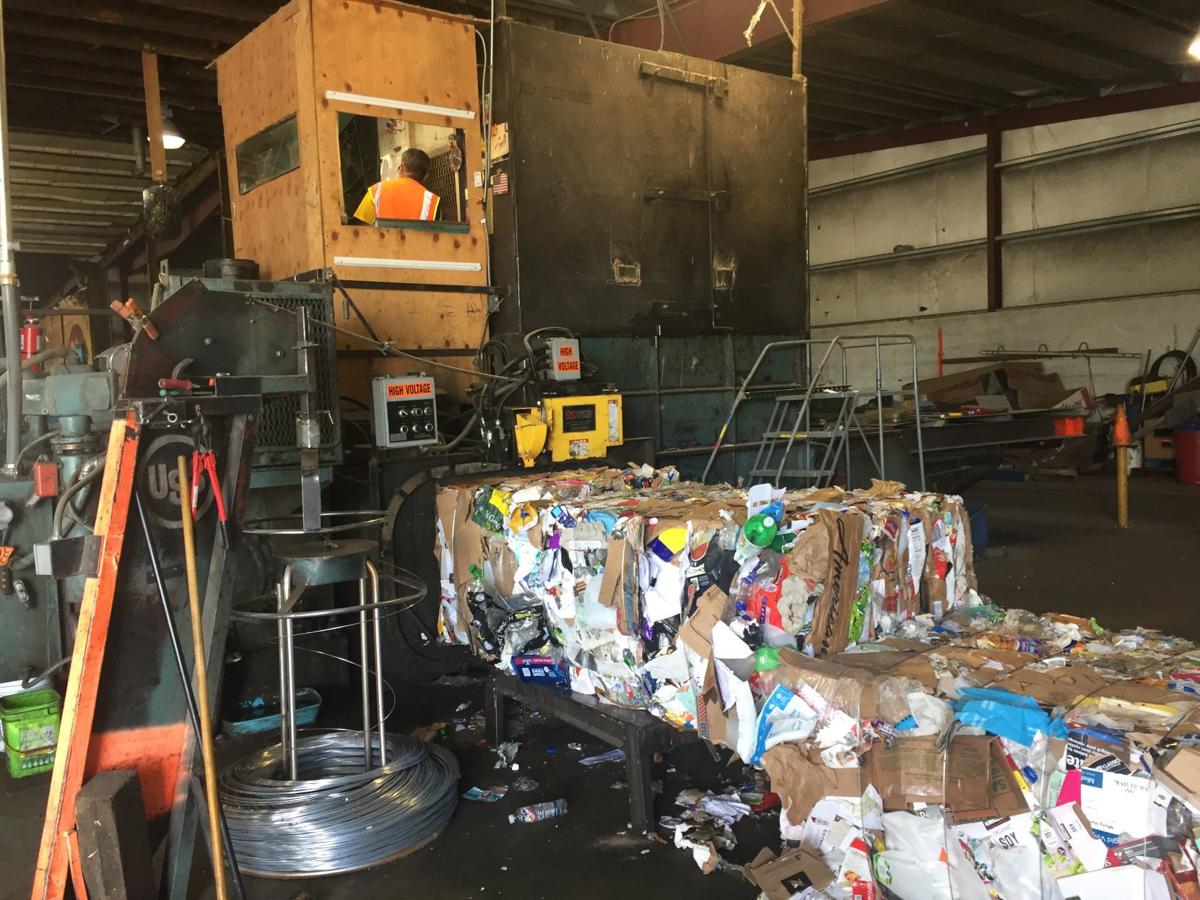 Recyclable materials are compacted into commingled bales at Western Recycling in Pocatello. 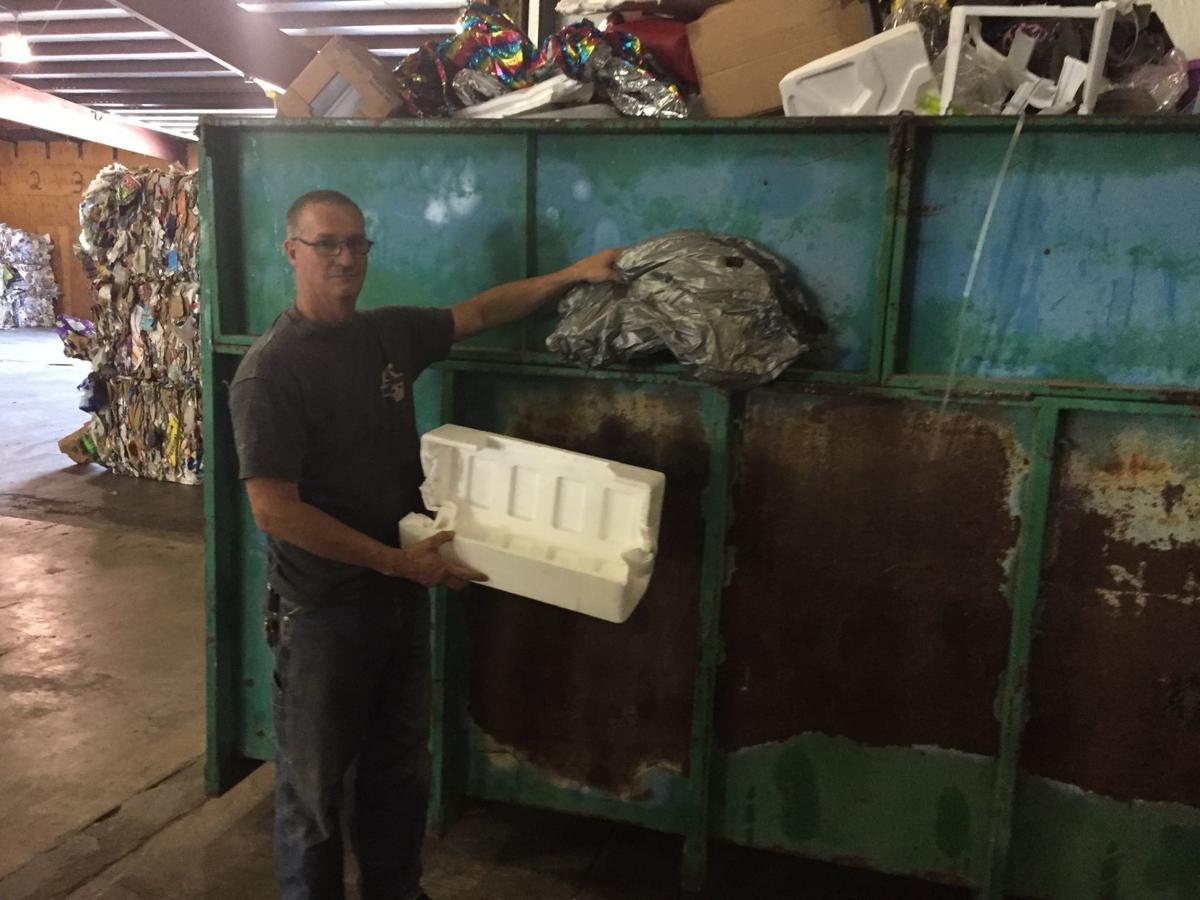 Robert Miller with Western Recycling in Pocatello shows some of the contaminants that were removed by hand from bales of recyclables. 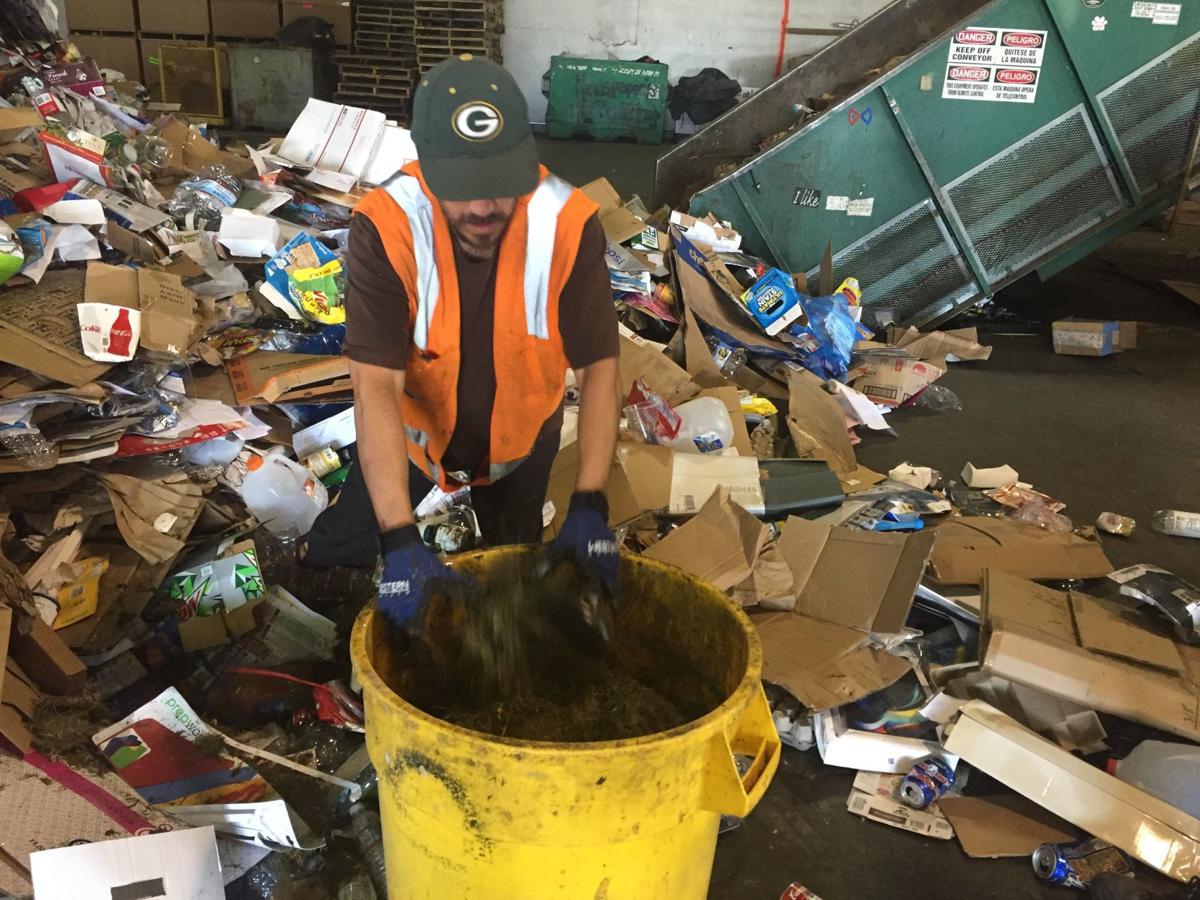 Recyclable materials are compacted into commingled bales at Western Recycling in Pocatello.

Robert Miller with Western Recycling in Pocatello shows some of the contaminants that were removed by hand from bales of recyclables.

Prices paid for recyclable materials have plummeted during the past year and a half, though more of the reusable waste is being processed domestically, according to officials involved in Pocatello’s recycling program.

“The markets have become really depressed as they try to find other buyers for recycled materials. ... It’s run the cost (of our program) up pretty significantly,” Kirkman said.

The city had been paying Western Recycling $79 per ton to take its commingled recyclables, which are baled and shipped to Clackamas, Oregon, to be separated using an optical sorter. In January of 2019, the city’s contracted rate increased to $160 per ton, Kirkman said.

The city conducts a sanitation rate study every five years. The rising cost of running the recycling program was factored into the study that concluded last year, which recommends a 3% rate increase effective Oct. 1, when the new fiscal year starts, Kirkman said.

Officials say residents can do their part to help keep costs down by following program rules and refraining from filling their recycling bins with ineligible items.

Since losing China as a buyer of recyclables, the city has stopped taking certain types of plastic, unable to find other buyers willing to recycle them. The city now accepts only plastic materials bearing the universal recycling symbol with either the No. 1 or the No. 2 inside. The two categories represent the majority of plastics. Plastics numbered three through seven or not labeled with a symbol must be sorted out and transported to a landfill, adding to the program’s cost.

Despite the depressed market for recyclables, Rick Gillihan, manager of Western Recycling, said his company has been coming closer toward meeting its goal of recycling everything domestically. Four years ago, Gillihan said about a third of the region’s recyclables were shipped overseas, mostly to China and other Asian markets. Today, just 10% to 15% of recyclables handled by his company are shipped abroad.

Gillihan takes the reduction in foreign shipments as a sign that the domestic recycling market is coming of age. He’s confident the trend will continue throughout the next four years and that domestic markets will eventually ramp up their capacity to process additional categories of plastic.

“The markets are still out there. They’re just not paying nearly as much for those items as they used to,” Gillihan said, adding he sometimes has to pay end users to accept his recyclables. “That’s a reflection of what China did.”

Gillihan’s major buyers of cardboard are International Paper in Springfield, Oregon, and North Pacific Paper Co., better known as NORPAC, located in Longview, Washington. NORPAC recently expanded its mill in response to the loss of the Chinese market.

Gillihan sells tin to steel mills in Utah and Oregon. Aluminum is shipped to smelters in the Midwest, where it’s processed into sheets for making new beverage cans. The officials in Clackamas, with Pioneer Recycling, market the plastic and mixed paper, selling mostly to domestic buyers.

In addition to being better for the environment, domestic markets for recyclables lend predictability and eliminate headaches with shipping and accessing ports, Gillihan said.

“We generated it. Why can’t we consume the end product when it comes to the end of its lifecycle?” Gillihan asked. “Why do we need to ship it offshore and make it somebody else’s problem?”

He estimates his company helps divert between 180 tons and 200 tons per month from local landfills. By comparison, officials at Bannock County Landfill estimate they take in 300 tons of waste per day.

Gillihan emphasized that recyclable materials are extremely light relative to garbage in general.

“They wreak havoc when we try to sort that stuff out,” Gillihan said.

“We dig it out by hand, which is our time where that material should just hit the floor, you bale and out of here,” Rivas said. “It’s time consuming because people just don’t care.”

Kirkman said the city has its recycling trucks outfitted with cameras, which help operators detect contamination. He explained contaminated bins can be left behind for general garbage collection.

“The other day we went down there and somebody threw away a couple hundred empty plastic bottles. The operator had to get all 200 bottles out,” Kirkman said. “Any time we have contamination it sullies the whole project for everybody.”

The city operates a dozen glass collection sites and ships glass to Salt Lake City, where it’s ground and made into either fiberglass insulation or a sandblasting media. To limit shipping costs, the city sends the glass to Utah in trucks that haul back salt for the Street Department.

Bannock County has 30-yard containers for collecting recyclables, which are delivered to Western Recycling, at the local landfill and the McCammon Transfer Station.

The county also collects scrap metal, including old appliances, for recycling. Kiel Burmester, assistant director of the Bannock County Landfill, said scrap metal is normally sold to Pacific Recycling in Pocatello. Due to the COVID-19 crisis, Burmester said there’s currently no market for scrap metal. The county plans to stockpile its scrap metal until the market recovers.

The county composts residential yard waste, which is sold back to residents as a soil amendment for $35 per ton. Some of the compost is also used to cover new garbage at the landfill.