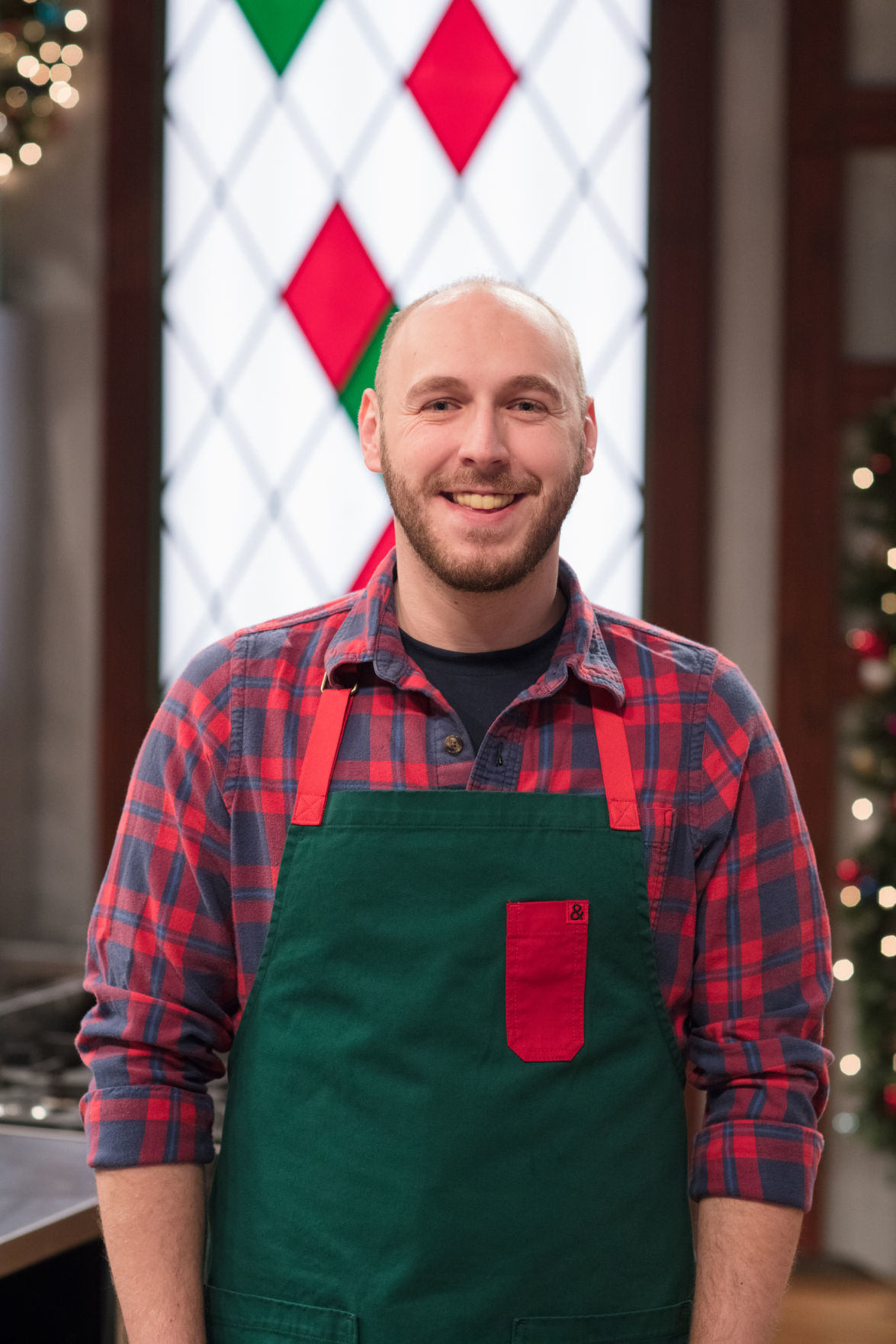 Contestant Nathan Chandler of Pocatello as seen on season 3 of the Food Network’s “Christmas Cookie Challenge.” 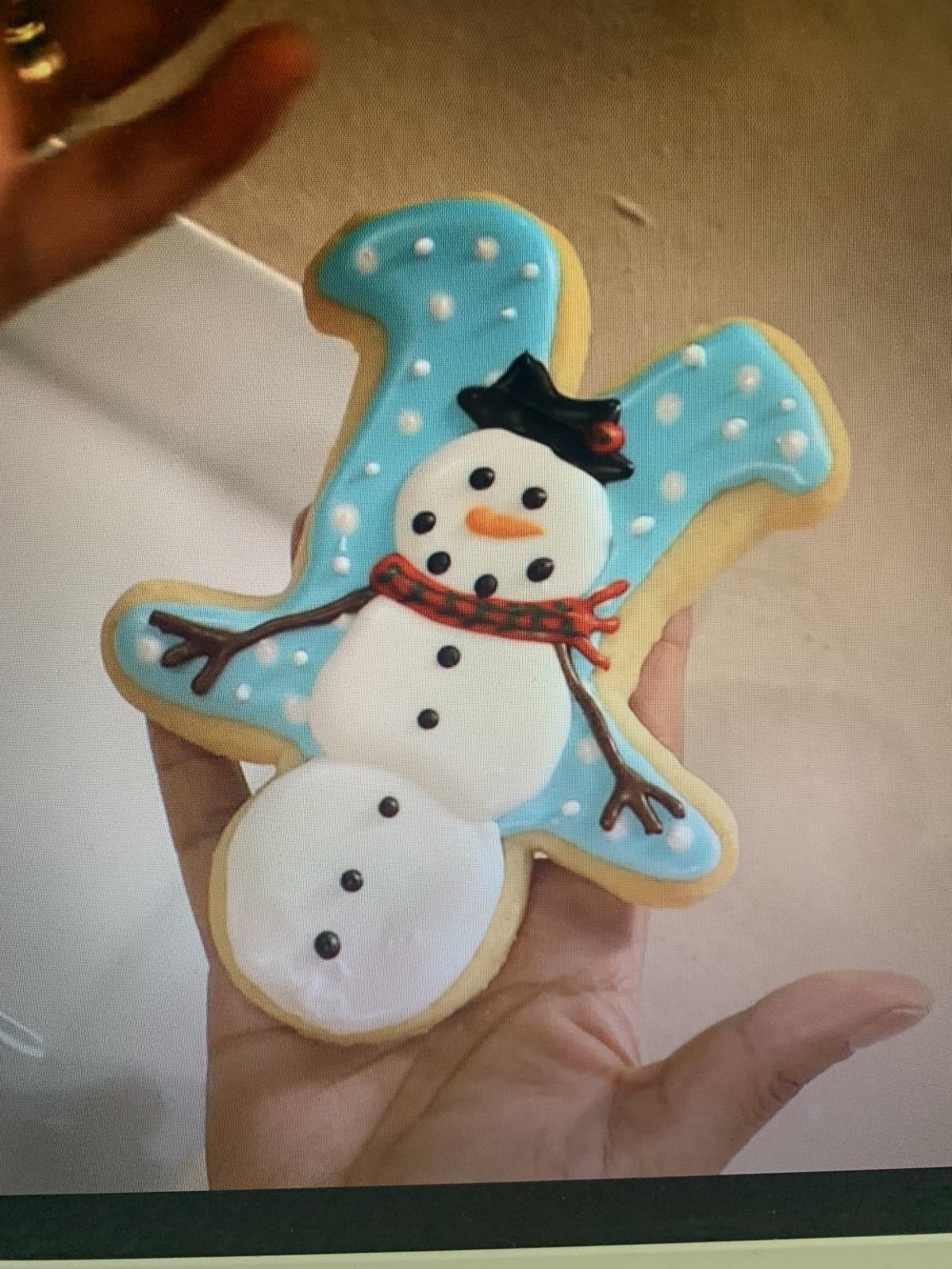 Nathan Chandler of Pocatello baked this snowman cookie to help him advance past the first round of Food Network's "Christmas Cookie Challenge."

Contestant Nathan Chandler of Pocatello as seen on season 3 of the Food Network’s “Christmas Cookie Challenge.”

Nathan Chandler of Pocatello baked this snowman cookie to help him advance past the first round of Food Network's "Christmas Cookie Challenge."

POCATELLO — Nathan Chandler has unfinished business in the kitchen.

Baking for a national audience on the Food Network’s “Christmas Cookie Challenge,” Chandler had 10 minutes left on the clock and $10,000 on the line. But his cookie crumbled.

Chandler took a chance and went big in the show’s second and final round, facing two other remaining contestants. He envisioned creating a confectionary masterpiece in tribute to his grandfather, who had often baked with him. He assembled a stove made of cookies, ornately decorated in orange-flavored royal icing. It had an edible oven rack inside loaded with smaller cookies. It also featured a stained-glass window and was infused with turmeric for a warm flavor: Both elements were required for the challenge.

But the carmelized sugar Chandler used to adhere the pieces wasn’t up to the task. When it toppled, someone from the camera crew shouted, “We need to get to Nathan’s station!” Chandler had no answer when the host put him on the spot, asking, “What are you going to do?”

Amid his panic, Chandler thought to himself, “It’s going to look like garbage, but I don’t care. I’ve got to get it standing.”

Fortune wasn’t on his side, however, as the cookie collapsed for a second time. Chandler did his best to reassemble it with moments to spare and went to face the judges with his head down and suppressing tears.

But the judges — all celebrities well respected in their field — told him to be proud and to hold his head high, reminding him he’d made the second round of an elite competition. Furthermore, they loved the flavor of his gingerbread.

“I think back on it now. I probably would have done a a smaller design. I absolutely should never have used that carmelized sugar,” Chandler said.

In the first round, Chandler made two cookies — one featuring a snowman drawn in icing and a second depicting a scene, with people building a snowman. The wrinkle was that the judges required the five original contestants to start their characters using a cookie cutter of a different shape, which they weren’t allowed to alter.

Chandler chose a gingerbread man, turning the cookie upside down and converting its head into the snowman’s bottom snowball and icing the upward-pointing legs blue to resemble the sky.

At his hotel room following the competition, Chandler was despondent. He felt that he’d come up short and anticipated people back home would be reluctant to hire him as a baker.

Nowadays, he looks back on the experience much differently. If called upon, he said he would return to compete on a Food Network program in a heartbeat. He’s become close friends with a few of the other contestants, communicating with them on almost a daily basis.

He’s also been flooded with about triple the baking business since his episode aired.

“I’ve been gratefully shocked. I almost haven’t stopped baking since I got back,” said Chandler, who is the contract baker for the local floral shop Flowers by L.D. and is also a licensed barber and hair stylist.

Chandler recently set a longterm goal of opening his own local bakery.

As for the unfinished business in the kitchen, a lot of people have told him they’d like to see the oven finished as he’d intended it to look. It was supposed to be a tribute to his grandfather, after all.