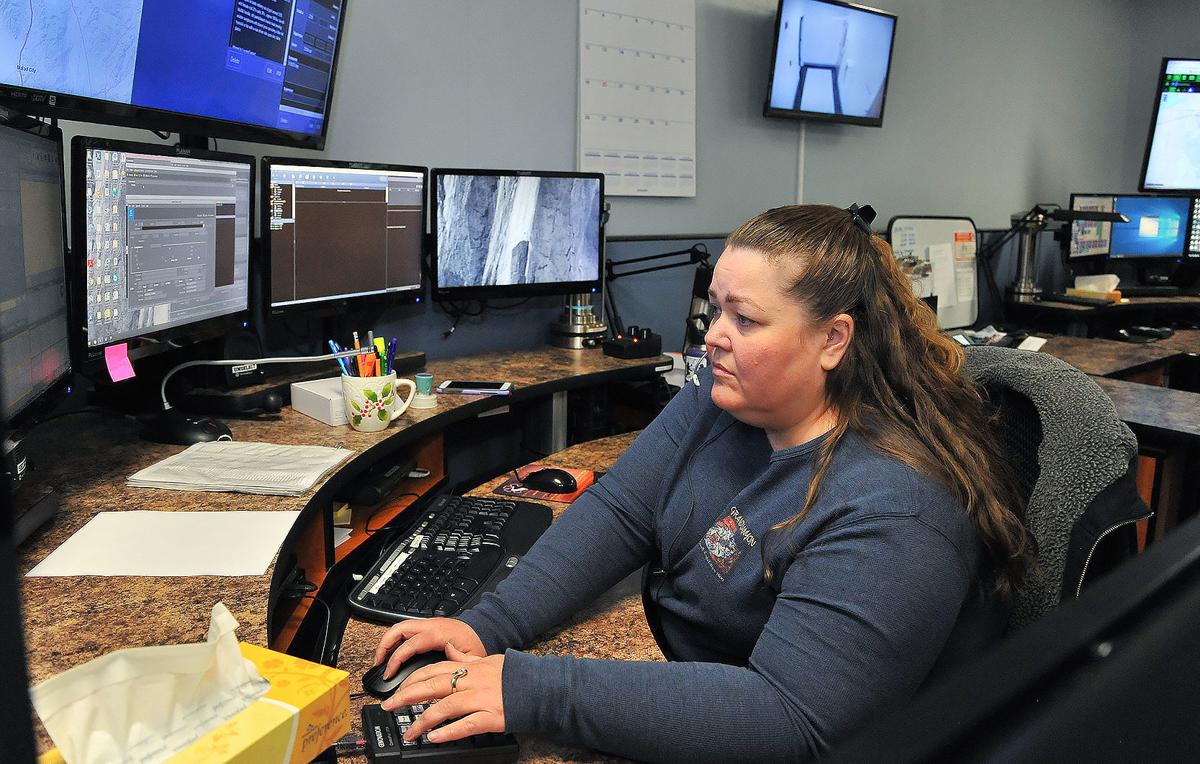 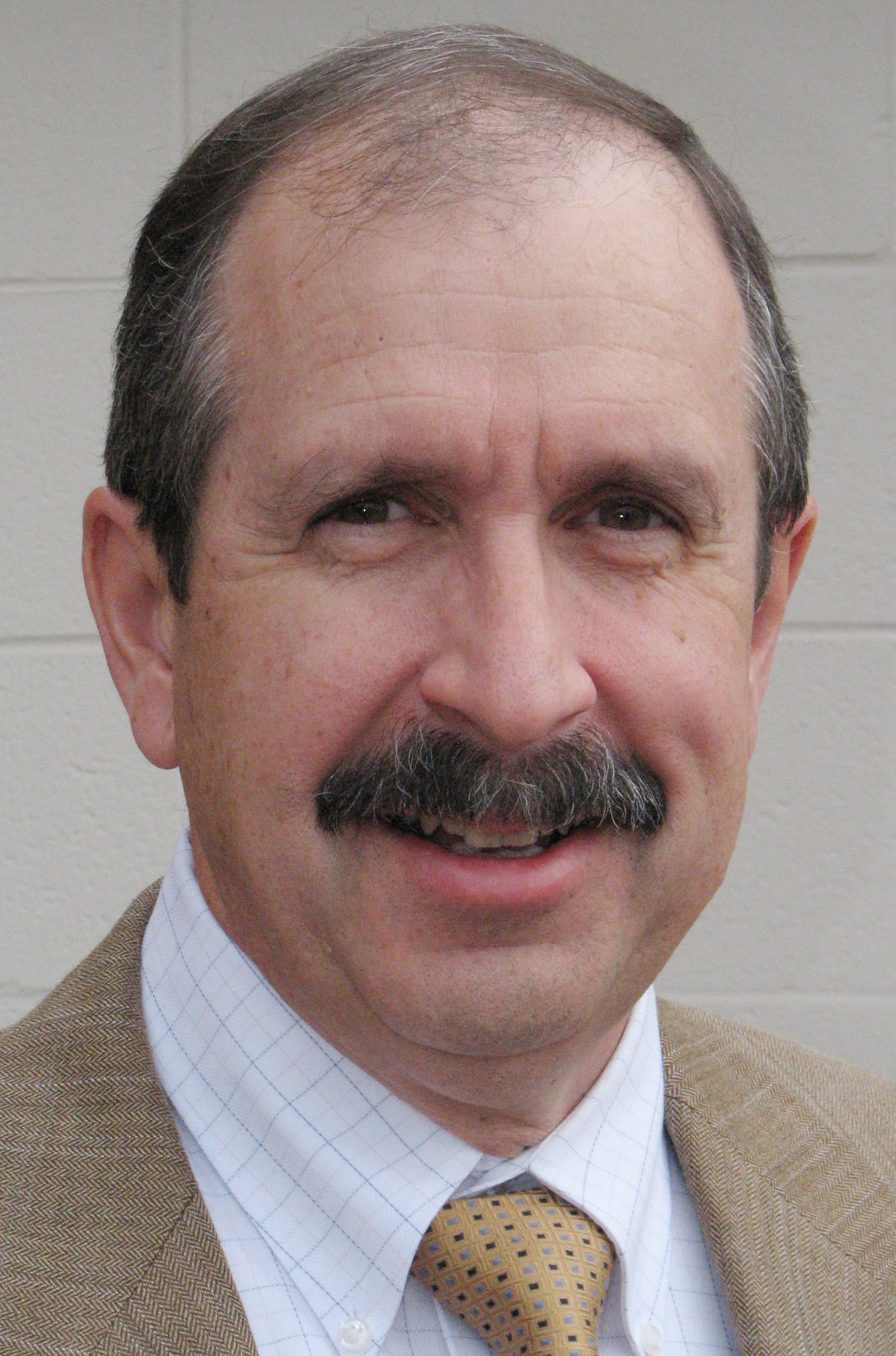 Stephen Weeg believes time wasted in connecting a 911 call to the proper authorities may have played a role in the loss of his friend, Gary Montgomery, who died in 2018 while snowshoeing in the Mink Creek area.

Based on his suspicions, Weeg is leading a charge to get the Bannock County Sheriff’s Office, the Pocatello Police Department and the Chubbuck Police Department to switch to a shared emergency dispatching center. Currently, each of the departments does its own dispatching.

Members of the Bannock County Commission have been receptive to Weeg’s message and intend to fund a study of the issue, though some local law enforcement leaders see no evidence that the system is “broken.”

Weeg, a Pocatello activist who is the former CEO of Health West Community Health Centers, emphasized many of the nation’s 6,000 dispatch facilities will soon be transitioning their operations to implement costly new technology — enabling the public to send relevant videos, photographs and digital data when they place an emergency call. With the need for a sizable investment looming, Weeg believes now is the opportune time to investigate consolidation.

“I’ve talked to more than one person who has (called 911) and been bounced back and forth,” Weeg said.

In Montgomery’s case, the 72-year-old Pocatello man’s wife drove to the Mink Creek area when he failed to return when expected from snowshoeing. After finding his empty car at the trailhead, she drove closer to town, until she arrived in cell service, and called to check with the spouse of her husband’s snowshoeing partner. The partner’s wife, who lived in Chubbuck, placed the emergency call. Based on where it originated, the call reached a Chubbuck police dispatcher, who had to patch her through to the Bannock County Sheriff’s Office.

Weeg is uncertain how much time was lost in the exchange, but he noted every second counts during an emergency.

“This accident happened. It’s sad,” Weeg said. “I can’t change anything about that, but could we have a better emergency response system from Bannock County that would be responsive, that would help save lives and would be a better system than we have now?”

“We have got a darned good history,” Nielsen said, emphasizing calls are transferred between departments in mere “microseconds.”

Nielsen said Chubbuck, Pocatello and Bannock County all use the same dispatching technology, providing them system redundancy in the event of a problem at one of the centers.

Though some advocates of centralizing county dispatching anticipate it would result in operational efficiencies, Nielsen disagrees such a change would save money. He’s convinced there would be no reduction in staffing at a centralized center, as his dispatchers don’t currently have idle time.

“We don’t have two people in there just so one can take a break,” Nielsen.

He believes having three different entities involved in overseeing the daily operations of a dispatch center would create unnecessary bureaucracy.

“If I was given a slate of what I need to work on, consolidated dispatch, which is not broken, is not on top of my list,” Nielsen said.

Bannock County Commissioner Terrel Tovey, however, points out that state code gives counties authority over dispatching, so bureaucracy shouldn’t be an issue. Tovey said Bannock County already has a reciprocal dispatching agreement with Bingham County, thereby providing service redundancy in the event of an emergency.

Under the present approach, Tovey worries response times may sometimes be extended by 2 or 3 minutes during a “golden hour” while calls for emergency services are “transferred around.”

He said the county intends to hire a consultant to conduct a study to guide future decisions and “get the facts out there.”

Tovey recently attended an emergency management conference in Boise, where the sheriff who responded to the February 2018 school shooting in Parkland, Florida, told the crowd lives could have been saved had his county had a consolidated dispatch center. The sheriff explained an officer from another department was in the vicinity and responded in moments, but only after a few minutes were lost in getting the call transferred to the right place.

“I don’t understand how consolidation would not only save dollars but would probably save lives,” Tovey said. “I really think we need to start that discussion.”

Chubbuck Mayor Kevin England will leave it up to his police chief to decide the city’s official position on a centralized dispatch center, but he personally has reservations about the idea, which he said has been proposed in the past.

England, who has met with Weeg three times on the issue recently, said his police chief, Bill Guiberson, has gone to Boise to learn about Ada County’s centralized dispatch center and has done some other research.

“I have not found anything that’s wanting,” England said.

He disagrees that the issue needs to be studied, preferring instead to rely on the experiences of the trained professionals who lead the three departments.

“We just recently had a 911 call that originated in Oklahoma, and we ended up knocking on a door in Chubbuck within minutes,” England said.

Pocatello Police Chief Roger Schei wouldn’t comment on the concept because he hasn’t had the chance to meet with Weeg.

A consolidated dispatching center has worked well in Bingham County, where the sheriff’s office also dispatches for the cities of Blackfoot, Aberdeen and Shelley, said Chief Deputy Jeff Garner. Garner said Blackfoot and Bingham County have long partnered on dispatching, but Shelley and Aberdeen joined in about five years ago.

“I don’t think (Shelley and Aberdeen) would disagree at all that their service quality with EMS and on all of that has improved tremendously,” Garner said.

A 2017 report by the Police Executive Research Forum, which is an independent research organization focusing on critical issues in policing, advises law enforcement entities to be ready for significant technological changes on the horizon, due to the advent of 5G networks and NextGen 911 technology.

“Law enforcement agencies and 911 call centers nationwide are about to undertake the most significant overhaul of emergency communications technology since the 911 system was created five decades ago,” the report warns. “The new technology, which law enforcement agencies will be adopting in the coming months and years, will make it possible for members of the public to send videos, photographs and other digital data to 911 call centers and for 911 call centers to send these videos and other resources directly to responding officers, using secure, reliable broadband wireless service.”

Considering the daunting challenge of implementing the new technology, Weeg believes smaller surrounding counties might also benefit from consolidating their service with Bannock County. Having a single center would facilitate training staff on using the new technology and would pool their funding. Furthermore, dispatchers have a high rate of post traumatic stress disorder, and Weeg noted addressing turnover can be tough in rural areas.

Weeg referenced figures from Utah finding that in the course of a year, 110,000 911 calls had to be transferred to a different agency, and the median delay was a minute. The industry standard requires police to trigger a response within 20 seconds of receiving a call, he said.

“NextGen 911 is coming,” Weeg said. “Why don’t we do some study that gives us best practices and tells us what we can do and use this terrible accident (with Montgomery) as a way to come up with something better for our citizens?”