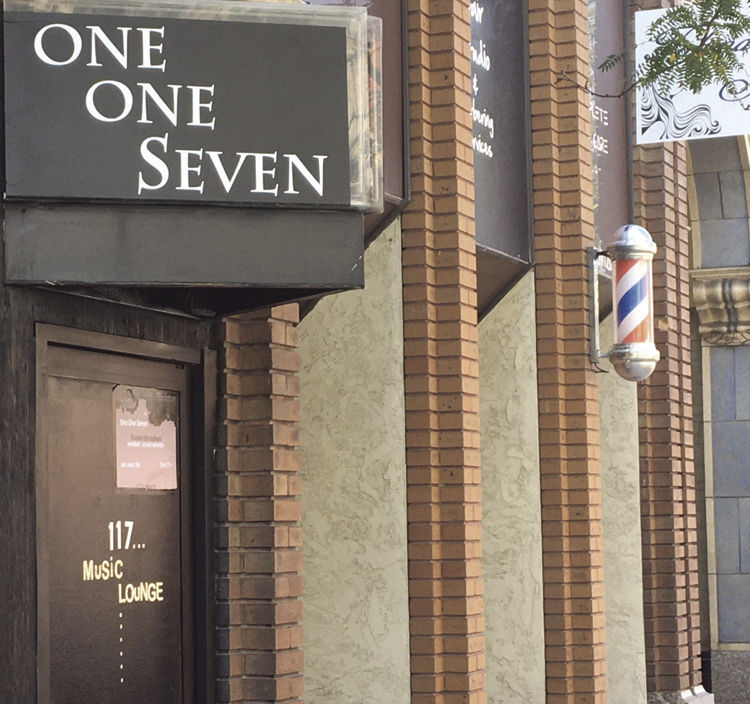 This is the front entrance to the new One One Seven Music Lounge that offers live music, beer and wine in Old Town Pocatello. 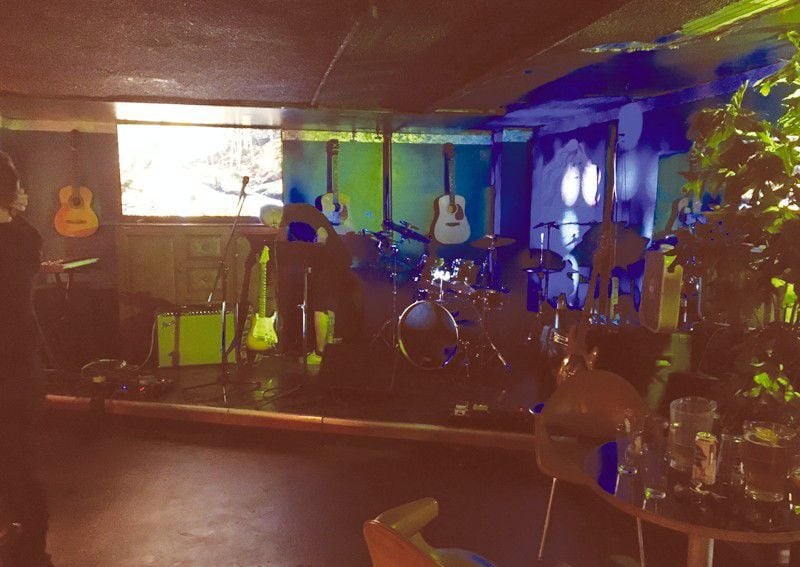 Pictured is the inside of One One Seven Music Lounge at 117 S. Main St. in Pocatello.

This is the front entrance to the new One One Seven Music Lounge that offers live music, beer and wine in Old Town Pocatello.

Pictured is the inside of One One Seven Music Lounge at 117 S. Main St. in Pocatello.

“We’re trying to provide a place for local bands to have someplace to play,” Reid said.

The opening night drew about 50 people to the below-ground band venue and beer and wine bar, he said.

The site in its previous lives was known as Down Under, FlipSide and Dugout, among other names.

And Reid said he was pleased with how things went during the first day. Plus, the next day on Aug. 28 they had four bands perform.

“It went good,” he said. “Kind of a soft opening but it helped, you know, just get everything going.”

In fact, there will be a live band playing probably at least once a week now going forward when they’re open, which is from 6 p.m. to 2 a.m. Friday and Saturday and from 4 p.m. to midnight Wednesday, Thursday and Friday.

And as things progress those hours may expand, he said.

But live bands will remain the biggest focus of the venue, though people are free to get up and dance if a band is playing dance music, Reid said.

He said he and his band members — he’s part of a group called Anger Foundation — got the idea a year and a half ago for the club because they thought the community could use another venue for live music.

“We’re all musicians so we wanted to open a place like for local bands to play,” he said. “That is the crux of what we do.”

There are already some venues in the community, but they wanted to further add to what’s available downtown.

“We wanted to create a scene here in Old Town,” Reid said. “Do our part, you know.”

He says it’s a good place for bands to perform. The venue can fit a maximum of 119 people, but they won’t go anywhere near having that many people right now due to COVID-19 precautions.

“We have our tables all spaced out and everything,” Reid said.

They also spent a lot of time changing things around, making improvements and ensuring everything meets the requirements of the Americans with Disabilities Act.

And in addition to music, beer, wine and conversation, they also offer foosball. And he said there are tentative plans for the future.

“We might move to food eventually,” Reid said, though the current COVID-19 environment isn’t yet conducive to the details of offering food, he said.

Plus, if business continues to pick up they plan to offer even more live bands during the week, according to Reid.

“If we had live bands every day, that would be great,” he said.

Meanwhile, the whole thing got started with an element of serendipity.

“We used this place as a rehearsal studio for the first year for the band,” Reid said. “So we’re like, we might as well open a bar while we’re at it.”

He said it’s a place for their group to play, too, if they want. But they’re not trying to do that right now.

“We’ll play here eventually,” he said. “But it’s for other bands right now.”

Meanwhile, the venue is gaining another new life, after having had several previous names.

Further, in addition to the bar and band space, there is a practice space above them, he said. Bands can rent it.

And he says he can hear all those bands practicing.

But One One Seven is just now getting more heavily into the scheduling.

“We’re taking offers from people that want to play and stuff like that,” Reid said.

Anyone interested can get in touch with them at oneoneseven.booking@gmail.com.

Meanwhile, he notes they had significant help getting the venue going.

“We’ve had a lot of support from Stephanie (Palagi) at Old Town Pocatello and from Susan from Main Street Music,” he said.

And Reid said they are taking into account the initial feedback they got from the first night.

“Were going to adjust every night,” Reid said. “Take the feedback from what’s going on and try to get better as we go.”

He says it’s still early days, but they have already been promoting the music venue. They’re doing the best they can to get the word out.

“We’re musicians and we just want to have a venue for musicians that want to come play music,” Reid said. “I want to offer someone a stage.”

For example, that would offer good exposure for a new local band coming down the pike, he said.