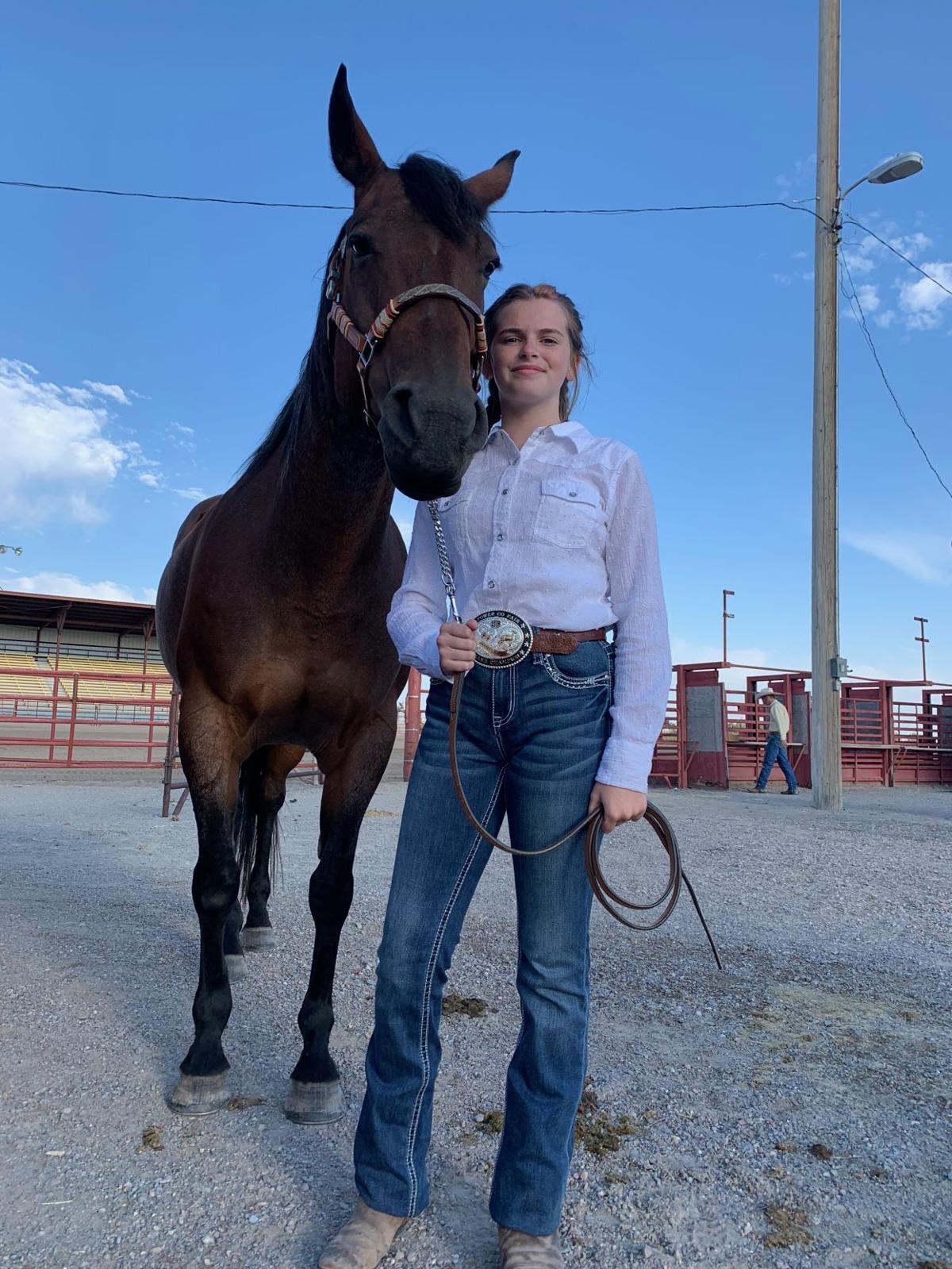 Jordan Bethke prepares for her 4-H events on Tuesday with her horse, Dillon, at the Power County Fair. 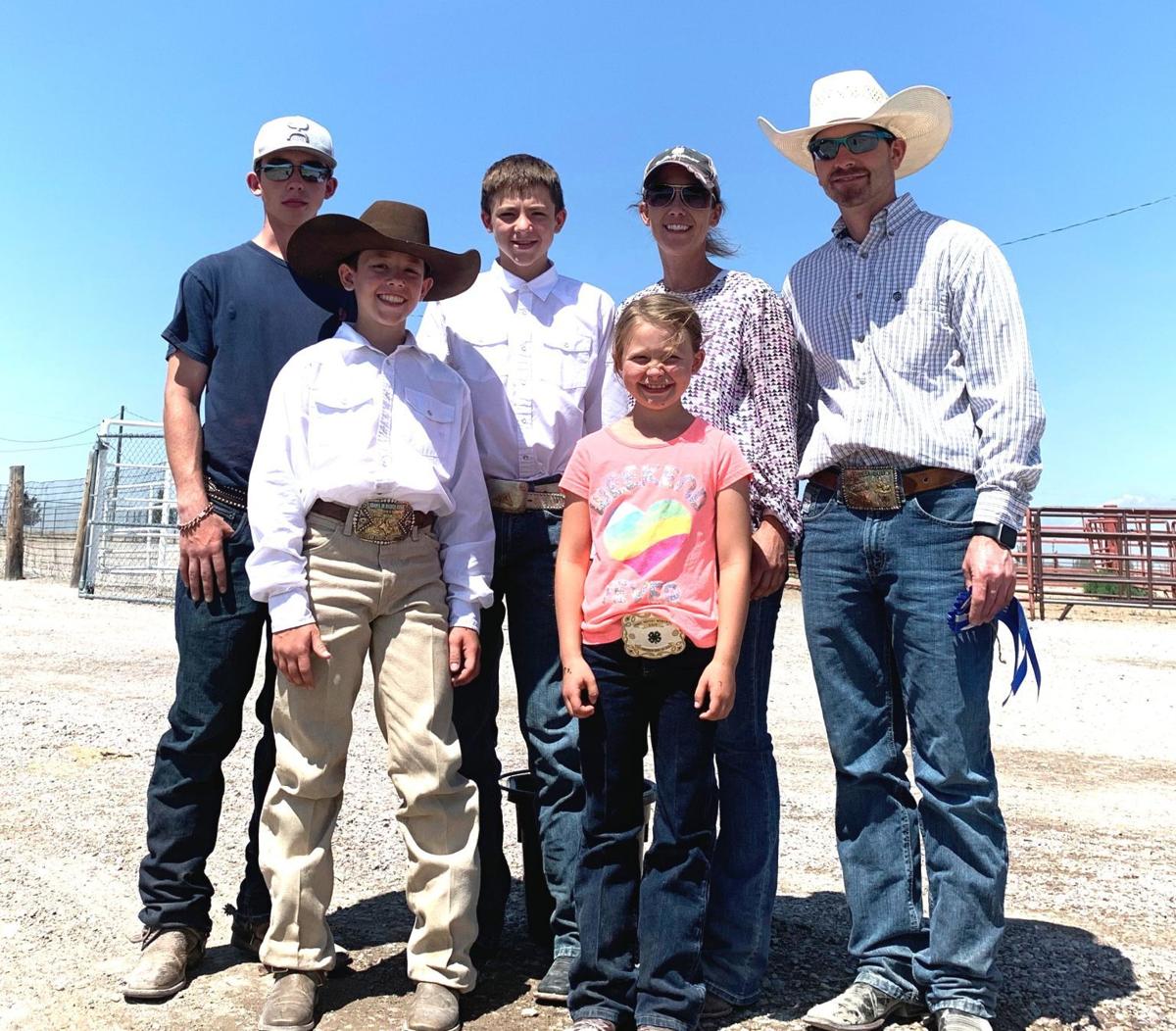 {span}The Williams family poses for a photo at the Power County Fair on Monday.{/span}

Jordan Bethke prepares for her 4-H events on Tuesday with her horse, Dillon, at the Power County Fair.

{span}The Williams family poses for a photo at the Power County Fair on Monday.{/span}

AMERICAN FALLS — Despite the coronavirus putting a halt to many events in the area, the Power County Fair continued to trot along with several of its shows and events that started on Monday and will continue on until Friday.

This year, it drew in about 200 youth from Power County, some of whom have returned to qualify for the Eastern Idaho State Fair in early September.

Hensley, who won first in senior halter last year, has competed in the fair since she was 8 and said one of the things she loves about the event is the people she meets.

“I got involved (in the fair) with my grandparents,” she said. “They were very involved with horses so I just grew into it with family.”

For local Jordan Bethke, the fair presents the opportunity to work with both her horse on 4-H events and to also work with sheep.

“Not everyone does this, but we actually built a little pattern in our pasture to run the sheep up and down to give them exercise and they actually like it,” said Jordan’s mother, Karyn Bethke. “They get ready to head out when you’re at the gate.”

This method of training has paid off.

“I had a girl sheep and I worked with her all that year and I ended up winning grand champion, and my brother won the year before,” Jordan said in regards to last year’s fair.

This year she’s back to compete in the market lamb show on Wednesday, and then intends to sell her sheep on Friday.

The fair also draws in many families who participate each year, and for Jason and De Williams and their four children, this year was no different.

Ever since their eldest son, Sod, started competing when he was 9, they’ve been involved for the past eight years doing 4-H events with their horses and raising steers.

“Each one as they get old enough do 4-H,” said Jason. Three of his children will be going to the Eastern Idaho State Fair after qualifying in many of the horse events on Monday, while Sod chose not to compete in the Power County Fair this year.

Instead, he recently attended the National High School Finals Rodeo in Oklahoma after he qualified in cow cutting. He is also the state champion in reigned cow horse.

In addition to 4-H horse events, the Williams children also have their own steer to tend to, something that requires hours of work over many months.

“They raise it in the springtime, like in March,” Jason said. “Then they feed them through the summer and train them to lead and show them, and they’ll show them this Thursday and sell them Friday.”

The Williams’ youngest, Makaydee, 9, will be showing her steer, Buddy.

De, Jason’s wife, said her children’s success couldn’t happen without the leadership and organizational skills of the fair officials.

Her third child, Wade, will ask the judges how he can better his techniques after the events, she said, and receive feedback he applies to his training.

“Overall, we couldn’t do what we do without the great people (at the fair) putting everything together,” De said.

Wednesday’s events feature swine, lamb or goat, and beef weigh-ins starting at 8 a.m., and the market shows for lambs and goats that evening starting at 5 p.m.

Thursday’s events include the market swine shows at 8 a.m. and then the market beef show starting at 2 p.m. At 6 p.m. the rabbit show will be held.

Starting at 9 a.m. on Friday the Power County Born & Bred Beef Show will be held, and at 4 p.m. there will be an awards presentation and photo session in the 4-H building. At 6:30 p.m. the 4-H and Future Farmers of America Livestock Sale will be held in the Show Barn.