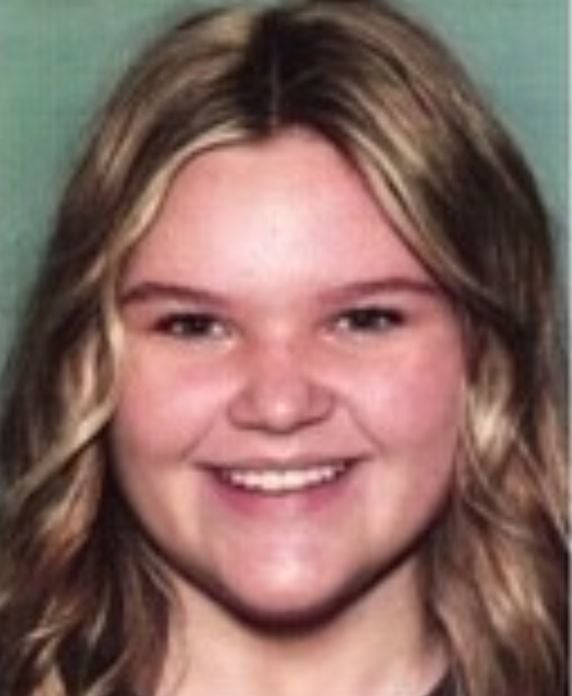 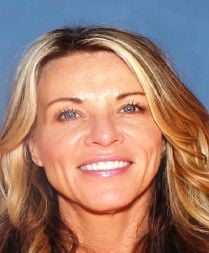 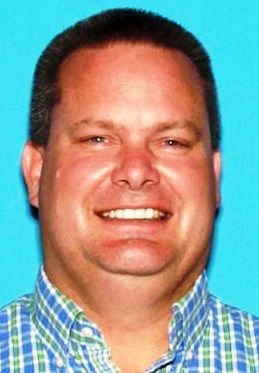 “Either it was her or her twin,” said Sarah Elrod-Ausbrook, who was able to interact with the girl who was sitting at her same table during a pre-concert dinner.

But whether or not it was Tylee — a 17-year-old who, along with her 7-year-old brother, Joshua “JJ” Vallow, have been missing since September — Elrod-Ausbrook believes authorities need to establish the girl’s identity and make sure she’s OK based on some suspicious things that happened that night.

Elrod-Ausbrook is a longtime paramedic in Indiana, a court appointed advocate for children, and a former 911 dispatcher. Her husband, Bradley Ausbrook, is a sergeant with the State of Illinois Department of Correction.

Both have received training in human trafficking signs and they carry crayons, wrapped in paper, which they leave in public restrooms and other places so people who need help can leave a message.

Elrod-Ausbrook slipped one of those small crayon and paper packets into the coat pocket of the girl she met in Nashville on Dec. 22.

She and her husband were attending a Trace Adkins concert at the Gaylord Opryland Resort in Nashville that night.

Elrod-Ausbrook says they sat at a table with three other couples and the girl, who went by the name of Amy. She was with a couple who appeared to be in their 60s.

Elrod-Ausbrook says everyone at the table introduced themselves. Amy initially said she was “from out West,” but the older man she was with said to her, “You know better than that,” according to Elrod-Ausbrook. The older man then announced that he, Amy and the older woman they were with were all from the Knoxville, Tennessee, area.

The man, who mentioned he used to be a professional baseball pitcher, had an authoritative voice, according to Elrod-Ausbrook.

Elrod-Ausbrook said the older man refused to have their picture taken when a photographer stopped by their table.

“He asked that they not be photographed,” Elrod-Ausbrook said, adding that she didn’t think too much of his refusal at that point, but strange things continued to happen.

Elrod-Ausbrook said the girl seemed out of place compared to everyone else in the room.

“Her behavior was over the top excited. She sang along with the Christmas music (playing in the) background. She started talking about different things,” Elrod-Ausbrook said.

She thought the girl’s behavior was a little odd, but she seemed to be having a good time.

At that point, the older woman got up and took the girl with her, presumably to the restroom, Elrod-Ausbrook said. They were gone for about 10 minutes, she said, adding that the older man also got up and left the table at one point.

“When they returned to the table, Amy was a totally different person now,” Elrod-Ausbrook said. “She didn’t say a peep. Every bit of joyfulness she had was not there.”

Although the girl had been singing earlier, and those at the table had complimented her on her voice, she didn’t join in on any of the songs when Trace Adkins started performing. Elrod-Ausbrook asked her why.

“She didn’t get a chance to reply. The (older) female replied, ‘She has to teach a church group,’” Elrod-Ausbrook said, adding that she was confused by the older woman’s response, which didn’t seem to relate to the question.

At the end of the event, Bradley Ausbrook helped the girl, who was sitting to his left, put on her coat.

“She leaned in and gave me a hug,” Elrod-Ausbrook said, adding that she slipped a crayon and paper packet into the girl’s coat pocket and whispered to her, “If you’re in trouble, leave a note.”

Elrod-Ausbrook said the girl squeezed her tight and then the older man walked up, grabbed the girl by the elbow and they walked away.

The Ausbrooks and the other two couples sitting at the table talked about the odd situation after that, and one of them mentioned that the girl looked familiar.

But Elrod-Ausbrook said she didn’t connect the girl with Tylee until later when she saw a Facebook post about Tylee and realized she looked a lot like Amy.

Tylee and JJ have been missing from Rexburg for months.

Lori Vallow, the children’s mother, allegedly lied to Rexburg police about JJ‘s whereabouts during a welfare check last year. She said he was with family in Arizona. That turned out to be false, but Lori and her new husband, Chad Daybell, left Rexburg before police could return to their home.

The couple was later found in Hawaii. Lori was ordered to physically produce her missing children to either Rexburg police or the Madison County office of the Department of Health and Welfare by Jan. 30, but she failed to do so.

And the whereabouts of her children are still unknown.

Elrod-Ausbrook says Amy’s face was a bit thinner and her hair a little lighter than the photo she saw of Tylee, but her eyes and nose were the same. Elrod-Ausbrook added that the girl she saw also looked a lot like Lori.

Elrod-Ausbrook enlarged the photo she found on Facebook, cutting out the information about the missing children, and showed it to her husband.

When he saw the image, he too, thought it was Amy, according to Elrod-Ausbrook:

When she shrunk the image back down and showed him the post about her being missing, he swore, she said.

Elrod-Ausbrook reported the possible sighting to the National Center for Missing and Exploited Children on Dec. 24.

She later learned that the other two couples that had been sitting at their table also saw the photo of Tylee on social media, believed it to be Amy, and contacted the National Center for Missing and Exploited Children. Elrod-Ausbrook noted that none of them spoke to each other before doing so.

Elrod-Ausbrook also contacted Rexburg police on Dec. 28, but she says neither the police nor the national missing children’s group called her back to get more details. No one called back the other couples either, she said.

Frustrated and worried about the girl, Elrod-Ausbrook finally posted a note asking for help on the Missing Juveniles & Adults in Idaho Facebook page on Jan. 7.

“I have called two different numbers and no (one) from law enforcement has been back in contact with me or my husband,” she stated in her post. “So what are we assuming about these children. This has been upsetting to both myself and husband.”

Following her post, someone suggested she call the FBI. Elrod-Ausbrook did just that, reporting the possible sighting of Tylee to the FBI on Jan. 30. Elrod-Ausbrook said the FBI did call her back a couple of days later.

“It felt like a wave of relief,” Elrod-Ausbrook said. “I think that’s because somebody was listening.”

When contacted by the Idaho State Journal on Friday and Wednesday, FBI officials declined to comment on or confirm anything about the possible sighting of Tylee stating that they cannot release information about tips.

But they did say they encourage the public to report suspicious incidents and any information that could prove helpful to cases.

The Journal also reached out multiple times to the Rexburg Police Department, which is the lead agency investigating the case involving the missing children, but no one from the department has responded regarding the possible sighting of Tylee in Nashville.

Although she’s grateful the FBI took her report about the possible sighting of Tylee, Elrod-Ausbrook worries the delay in getting a response from authorities will make it harder for law enforcement to track the girl she saw in Nashville down, find out who she is and determine if she’s OK.

Although Elrod-Ausbrook realizes authorities are likely getting many tips about Tylee and JJ, whose disappearances have gained national attention in recent months, she hopes they will find a way to respond sooner to possible sightings of the youths in the future.

“It should not be that way, whatever the case,” Elrod-Ausbrook said.

She takes comfort in knowing she gave the girl a crayon and some paper so that she can at least leave a message somewhere if she does, in fact, need help.

Elrod-Ausbrook encourages others to carry such items with them in case they ever run into someone who might be in trouble.

She also encourages people to speak up if they see something suspicious.

The Post Register and Standard Journal contributed to this report.