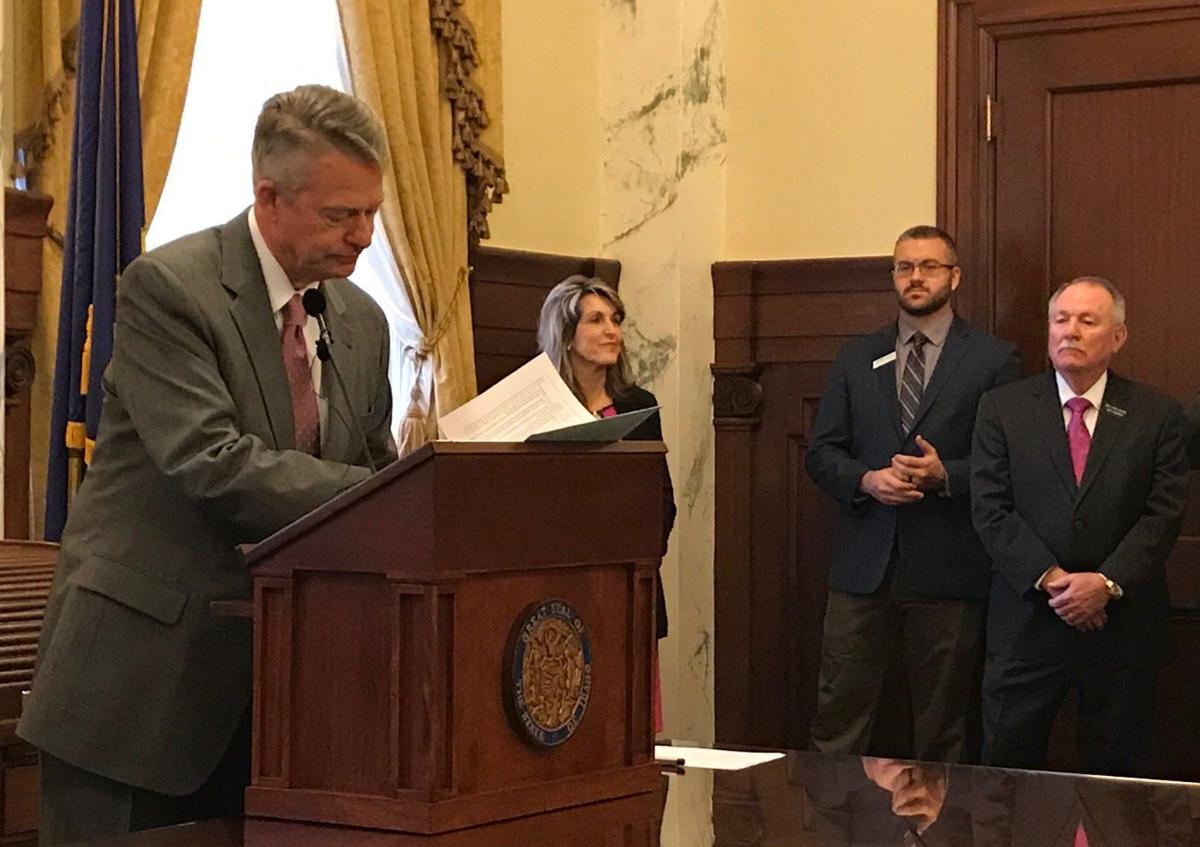 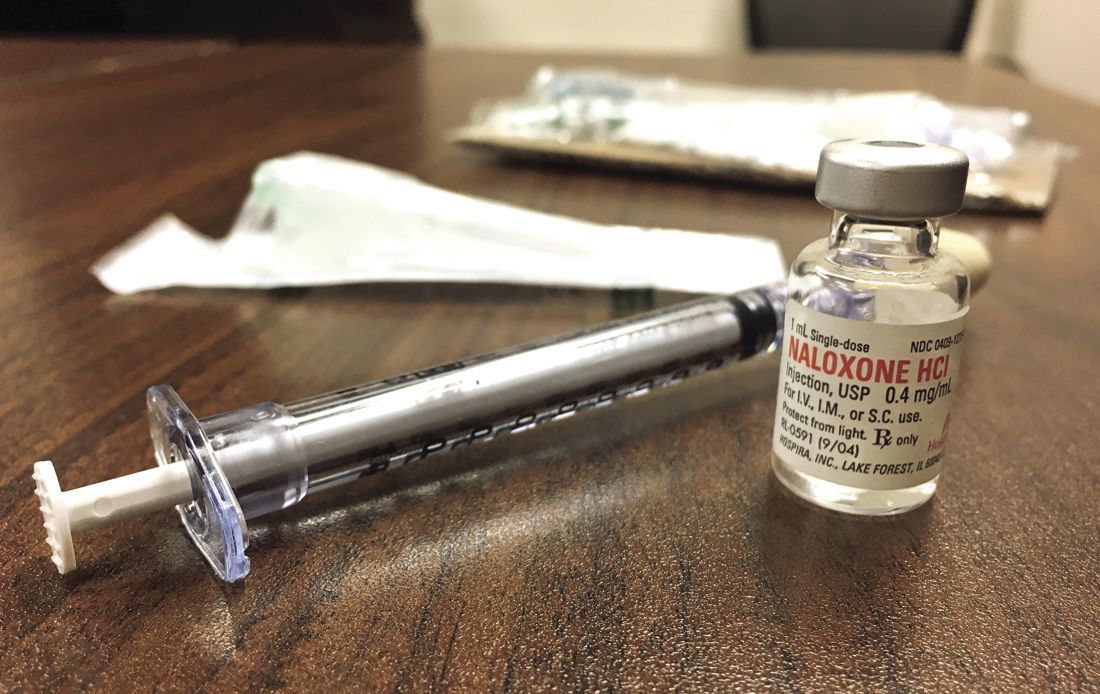 Naloxone, a drug which counteracts the effects of an opioid overdose, is now in the hands of sheriff’s deputies, police officers and some fire departments.

Naloxone, a drug which counteracts the effects of an opioid overdose, is now in the hands of sheriff’s deputies, police officers and some fire departments.

Although a lifesaving antidote with the ability to reverse opioid overdoses technically remains a prescribed drug, Idaho lawmakers earlier this year passed a state law making it as close to an over-the-counter substance as possible.

Opioid antagonists are substances with the ability to reverse an opioid overdose as a person experiences one — important because an overdose can cause permanent brain damage within four or five minutes, according to a 2018 article in U.S. Pharmacist.

Among the most common is naloxone hydrochloride, which the U.S. Food and Drug Administration approved as an antidote in 1971, the article reads. Currently, eight companies produce six approved naloxone products. The most common brand name is Narcan.

Although Narcan is considered safe and has few to no adverse side effects on people in the grip of an opioid overdose, it is still technically a prescription drug at the federal level, albeit a “non-controlled prescription drug.” That places it in the same legal category as medication used to control high blood pressure and diabetes, for instance. In Idaho, until recently, state law seemed to indicate only pharmacists and doctors could prescribe and distribute Narcan.

It’s why hospital officials at one eastern Idaho hospital told Rep. Fred Wood, R-Burley, they didn’t let their nurses hand out the antidote even when they felt it was necessary — technically, a nurse isn’t the “prescriber or pharmacist” required by the former Idaho law.

“With the old law there was confusion that led many to believe you had to be a pharmacist to give (opioid antagonists) out,” said Sen. David Nelson, D-Moscow.

Nelson was the Idaho Senate sponsor of a bill Wood introduced, HB 12, which Gov. Brad Little signed into law in February; it takes effect July 1.

That bill changed Idaho law to explicitly read any “health professional licensed or registered” in Idaho “may prescribe and dispense an opioid antagonist.” Its passage through the House and Senate was unanimous.

According to the new law, if the licensed or registered health professional, such as a nurse or social worker, believes a person needs access to naloxone — meaning if they abuse opioids or are close to people who do — they can legally prescribe or hand out the antidote.

The change removes the shadow of liability that prevented the eastern Idaho hospital from allowing its nurses to dispense the substance, Nelson said.

Possibility of legal liability never applied to first responders who administered the drug — only to professionals offering the antidote or prescriptions for it in non-emergency settings. However, as the 2018 article notes, first responders across the country average a 9.4-minute response time, or almost twice as long as the four or five minutes opioid overdose takes to damage the brain.

“I think there’s been a lot of demand for this and a lot of need,” Nelson said.

The new law gives Idahoans some of the broadest access to opioid antagonists in the country.

“Idaho has basically made it as close to an over-the-counter drug as possible,” said Alex Adams, the governor’s budget chief who served as the executive director of the Idaho State Board of Pharmacy from 2015 to 2018.

Despite Idaho’s efforts, Adams said barriers to naloxone availability still exist at the federal level. Lawmakers would have to change the drug’s legal status to make it a truly over-the-counter drug, meaning it can be sold directly to consumers without the availability of even a health professional. After that, Idaho legislators would have to revise Idaho law to align it with federal law, Adams said.

In January, officials from the U.S. Food and Drug Administration began that effort when FDA Commissioner Scott Gottlieb called for the development of true over-the-counter opioid antagonists. The administration has voiced support for increased availability of the products and has even produced sample “drug facts labels,” which instruct users how to administer the drug.

Drug companies are required to submit such labels when developing an over-the-counter drug, and the administration interest is meant to encourage companies to enter the market, Gottlieb wrote in his January statement.

It is the first time the administration has ever taken this step, Gottlieb wrote.

“The new model drug labels will hasten the approval of true (over-the-counter) naloxone, and is part of a comprehensive strategy between states, Congress and the Administration to address the opioid epidemic,” Melanie Baucom, spokesperson for Sen. Mark Crapo, wrote in a statement to the Idaho Press. “In the meantime, Senator Crapo supports Idaho’s efforts to broaden prescribing authority to all licensed health care professionals to ensure naloxone is available for patients in need.”

Adams, too, lauded the Idaho Legislature’s efforts this past session.

“It further destigmatizes the drug and shows people that this is safe,” he said.

Tommy Simmons is the Ada County public safety reporter for the Idaho Press. Follow him on Twitter @tsimmonsipt