An illustration of the first phase of renovations to Pocatello High School including Americans with Disabilities Act-compliant ramps and a new east side main entrance. Construction on phase one is set to begin next month. 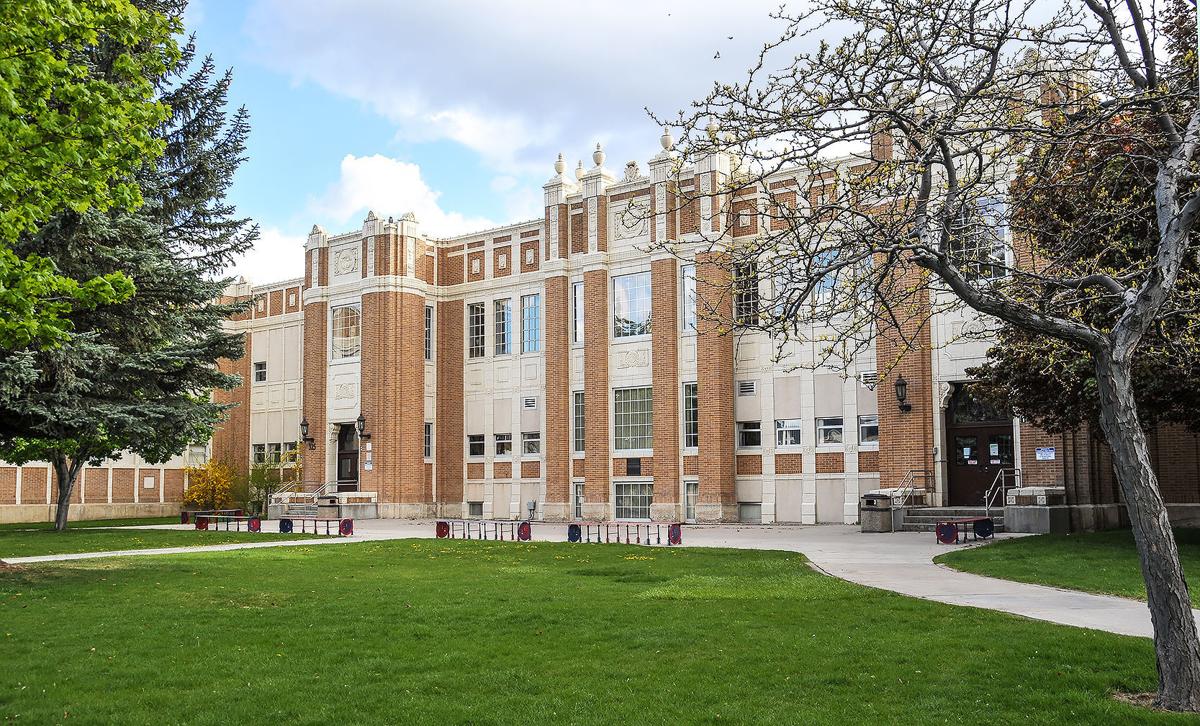 An illustration of the first phase of renovations to Pocatello High School including Americans with Disabilities Act-compliant ramps and a new east side main entrance. Construction on phase one is set to begin next month.

A preservation group that has weighed in on changes to historic places throughout Idaho for nearly 50 years has recently voiced concerns about the multi-million dollar renovation project planned for Pocatello High School.

In an email sent to the Journal last week, Preservation Idaho, a statewide nonprofit organization aimed at preserving Idaho’s historic places through collaboration, education and advocacy, voiced concerns about how renovations to the front entrance of Pocatello High School will impact the historical aesthetics of the building’s 1930s art deco architecture.

“We understand and support the need to make the school (Americans with Disabilities Act) accessible and we appreciate that (Pocatello/Chubbuck School District 25’s) priority is their students,” Paula Benson, president of the Preservation Idaho Board, wrote in the email. “However, given what we understand about the design, there are concerns as to how this is being accomplished and we believe that there are better ways to achieve the district’s goals without damaging the building or its architectural and historic integrity.”

Benson continued, “Many historic buildings require modification to allow for ADA compliance, additional square footage, improved security and other updates. These modifications can almost always be made in a way that preserves the important architectural features of the buildings.”

In a Wednesday email to the Journal, School District 25 spokeswoman Courtney Fisher wrote that the district has been in communication with Preservation Idaho but has no plans to make changes to the Pocatello High School renovation project.

“The district has been in communication with Preservation Idaho to address concerns and provide information about the process the district was required to go through with the City of Pocatello and the local Historic Preservation Commission,” Fisher wrote. “This project has been widely communicated to the public for more than a year via school board meetings, the district website, media stories, social media, the district’s key communicator network and local civic organizations. The project has overwhelming community support and acceptance.”

Preservation Idaho’s concerns mostly center around the first phase of the proposed Pocatello High School renovation project, which includes constructing a main entrance in the center of the school’s east side that will lead into the school’s administrative office area. The new entrance will include two ramps for students with disabilities in addition to steps leading to what will be the school’s main east side door.

In a Tuesday phone interview with the Journal, Benson admitted that Preservation Idaho is not an architectural firm, nor is it the group’s intention to tell School District 25 how to make changes to its schools. However, Preservation Idaho feels that the addition of large concrete ramps to provide ADA access to the front east side entrance of the school will drastically affect the front facade of the historical building in a negative way, Benson said.

“Double ramps that are being planned at the front of the art deco building will permanently alter the historic facade while allowing access to only one part of the building,” Benson said in the Preservation Idaho email. “The renovation of the two existing 1939 entrances into a single center-entry point is inconsistent with the original architectural symmetry of the east elevation. These modifications will change the historic style of the building forever.”

Preservation Idaho also has some concerns regarding the second phase of the remodel that involves the construction of a connector and commons area between Pocatello High School’s two existing buildings. Large city utility lines under the first proposed location for the connector resulted in the district asking the Boise-based Hummel Architects to redesign this addition.

The new design presented to the School District 25 Board of Trustees last month moves the connector between the buildings to the east so that a manhole providing access to the utility lines remains accessible. The School District has not announced the physical characteristics of the exterior walls for the connector, but last year the district released a preliminary drawing showing that the connector would have a transparent glass exterior.

The School District has allocated $7.5 million for the Pocatello High School renovations but has not said whether that will be enough.

Benson said if the connector’s exterior walls are made of glass, issues such as school safety and security would be a concern. In addition, she said the glass would not fit in with Pocatello High School’s architecture and would seem very out of place.

Benson also said that it would be better if the renovations to the school blended more harmoniously with historic Old Town Pocatello and all of the efforts being made there to retain the downtown’s unique and appealing history and architecture.

Preservation Idaho is the most recent voice of opposition to the Pocatello High School renovation project.

A 1978 graduate of the school, Steven McCurdy, who now lives in Utah, has spoken out about the project since this past December. He has created the Facebook group Save Pocatello High School, which has 400 followers, and he started an online petition on Change.org calling on the district to revise its renovation plans for the school. The petition has nearly 2,100 signatures.

Utah lawmaker Susan Dayley Pulsipher, who is a second-generation graduate of Pocatello High School and served on a school board in Utah for six years, has written an open letter to the School District 25 Board of Trustees also calling on the district to reconsider the planned renovations and to gather more input from the public before proceeding.

“As you move forward with necessary changes to Pocatello High School please proactively seek out and listen to the voices of those who have walked its halls, loved the school and ‘pledged our hearts and hands’ to Poky High,” Dayley Pulsipher wrote. “I understand that you provided opportunity for input last fall but many of us who live out of state did not find out about these changes until recently. Please provide a chance for our ideas to be carefully considered and make adjustments. Listening to the many voices that would like to contribute to this project will take time and might slow down the project, but the results will be much better.”

Despite the opposition to the Pocatello High School renovations, the School District plans to forge ahead, with construction on the first phase set to begin next month. Phase one is expected to be completed by the end of the summer. No timeline has yet been announced for phase two.

Increase student safety by connecting the main building with the auditorium and gym areas.Provide ADA accessibility to the main and upper floors of the school and new areas.Provide additional classrooms and a commons area to accommodate increased student enrollment.Create a clear main entrance and centrally located administrative offices.Help alleviate lunchroom congestion and lack of space in the basement cafeteria.

Fisher said the district has no plans to revise phase one of the project or open it back up for public comment because the district has already received the stamp of approval from the Pocatello Historic Preservation Commission to begin the work.

“On Feb. 20, 2019, the district received a certificate of appropriateness from the city of Pocatello’s Historic Preservation Commission who reviewed phase one of the project’s design and architecture in relation to Pocatello High School,” Fisher wrote. “Having secured this important green light to move forward, the project has been bid out and accepted by the (School District 25) Board of Trustees. A contractor for the project has been retained with a signed contract. Phase one of the project is scheduled to begin work on June 3, 2019.”

”That’s why the Board of Trustees selected Hummel Architects for the project,” Fisher said via email. “Competent and accomplished, Hummel has vast experience providing architectural services for K-12 school projects in Idaho school districts, including a complete restoration and renovation to historic Boise High School. As the architect selected, we owe it to our students to provide Hummel with the opportunity to fulfill their contractual obligation to (School District 25) and complete the project designs with the creativity, finesse and professionalism for which they are renowned. As construction costs continue to climb, delaying the project would potentially impact the total cost of the project. The time to move forward is now.”