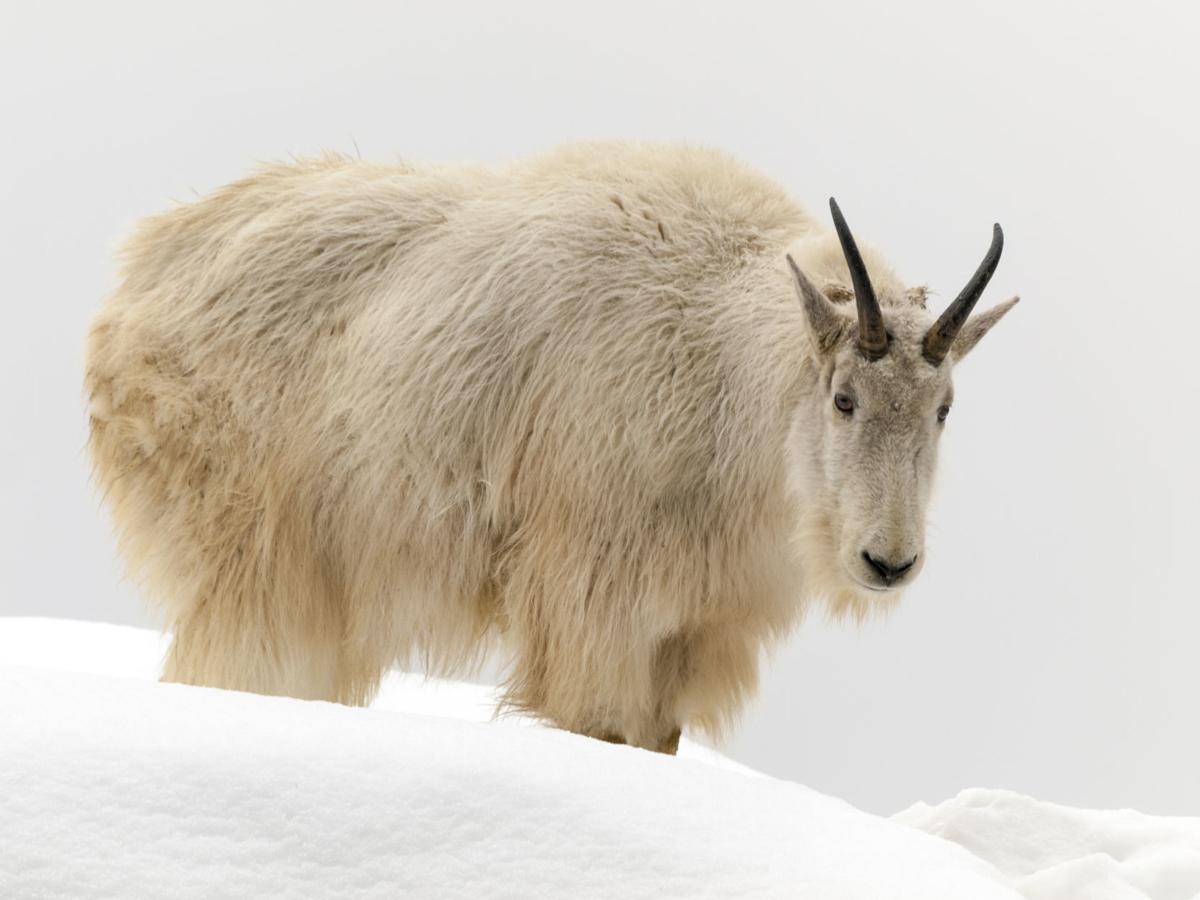 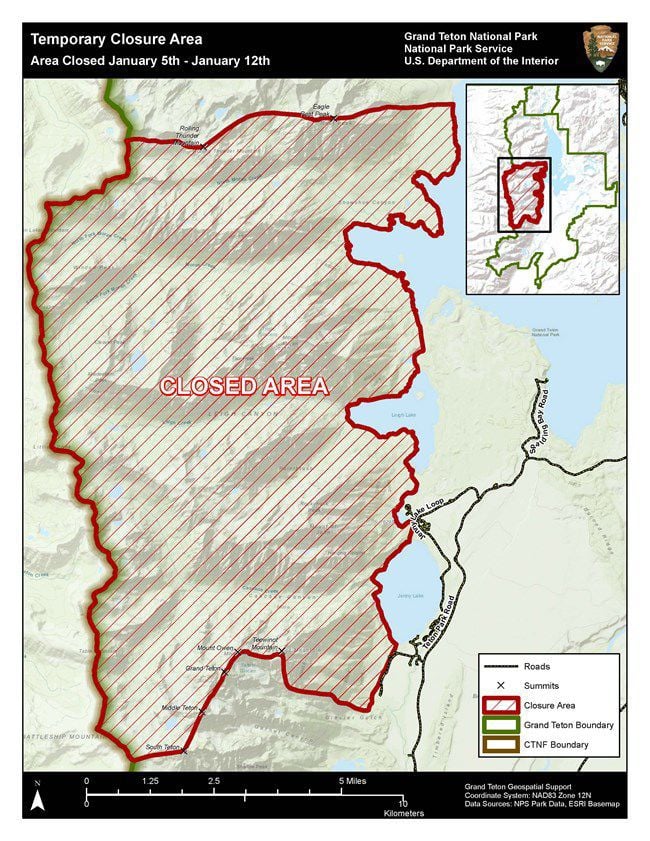 This map shows the area of Grand Teton National Park to be closed next week while mountain goats are removed.

This map shows the area of Grand Teton National Park to be closed next week while mountain goats are removed.

Because shotguns will be blasting from helicopters to kill mountain goats in Grand Teton National Park during the coming week, a temporary area closure for the public is being implemented in the central part of the park.

The closure is slated for Sunday through Jan. 12 and is bounded on the south by the South, Middle, Grand Teton, Mount Owen and Teewinot Mountain peaks; on the west by the park boundary; on the east by the western shores of Jackson, Leigh, String and Jenny lakes; and on the north by Rolling Thunder Mountain and Eagle Rest peaks.

“No public access will be allowed in the area during this time,” the park said in a news release. “Signs will be posted at main access locations.”

The park was given the green light to remove the non-native mountain goats from the Teton Range in November. The purpose is to protect the isolated native bighorn sheep in the range.

The park estimates that the bighorn sheep herd is at about 100 individuals.

The mountain goat numbers have grown to about the same size in the last few years and compete with bighorn sheep for food resources and can be a threat by transmitting disease.

“In order to aid in the conservation of a native and vulnerable population of Rocky Mountain bighorn sheep in the Teton Range, the National Park Service is implementing a recently finalized management plan to remove nonnative mountain goats from the park via lethal and nonlethal means,” the news release said.

The park said “helicopter-based lethal removal efforts” will begin on Monday depending on the weather conditions and finding the animals. Qualified ground-based volunteers will not be used this winter, in order to expedite the operation, according to park spokesperson Denise Germann.

“Timing of the activities is planned when park visitation is low and will be concentrated in the area between Cascade and Snowshoe canyons where the majority of the mountain goats are located,” the park said.

The mountain goats migrated into the Teton Range from the nearby Snake River Range after they were transplanted there to provide hunting opportunities.

“The mountain goat population is currently at a size where complete removal is achievable in a short time. However, the growth rate of this population suggest that complete removal in the near future may become unattainable after a period of about three years,” the park said.