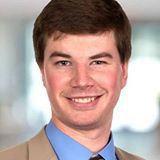 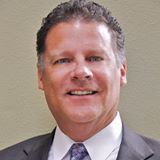 POCATELLO — Candidates running for seat No. 3 on the City Council have offered a host of ideas for making the city more efficient, lowering taxes and attracting new business growth.

The incumbent, local pastor Roger Bray, believes he serves a critical role as the advocate for nearly 20 percent of the city’s population living in poverty, and many more who live from paycheck to paycheck.

Bray is running for reelection against Ethan Ennis, who owns his own insurance agency; Don Zebe, a commercial developer; Arlen Walker, a retired teacher and businessman; and Idaho Lorax, who is an environmental activist.

“I understand the tax situation,” Bray said. “Should the council pay better attention, which I think they will, to the tax situation, I don’t think we’d have so many people that are hurting so much in this next year.”

Ennis, who focuses on employee benefits with his agency and serves on the Pocatello-Chubbuck Chamber of Commerce Legislative Council, reasons he can make his own business more successful if he improves the economic climate of the city.

His top priority would be establishing a locally based construction trade school, in collaboration with area labor unions. He said Pocatello has a “housing crunch,” and such a program could help.

“Even if there is a recession in the stock market, we’re still going to be building homes, and there’s a huge need for that,” Ennis said.

Zebe’s mantra is “jobs, jobs, jobs.” Throughout the years, he’s helped Pocatello and Chubbuck land many of them by enticing businesses to locate here. His first project involved redeveloping old trailer parks and houses in Pocatello into a commercial plaza with a Bed, Bath & Beyond, a Lowe’s Home Improvement store and other major retailers.

Zebe is also a former executive with General Electric.

Zebe said the lack of good jobs in the community hit home when his son sought to move back to Pocatello and couldn’t find a job to match his college degree. Zebe and his son now work together in commercial real estate.

“I love Pocatello and I want to see it grow, and I want someday in the near future for every one of our citizens in the Portneuf Valley to be able to have the opportunity for their adult children to get great paying jobs here,” Zebe said.

After Walker retired from teaching at Pocatello High School in the late 1990s, he worked in the quality assurance division with Kimberly-Clark. He retired with Idaho State University’s Continuing Education and Workforce Training program.

“My main philosophy is to do no harm and to do as much good as possible,” Walker said.

Walker believes the city should strive to prioritize hiring local professionals for its contracts. For example, he’s concerned that the city hired an attorney from out of the area to handle its contract negotiations with police officers and firefighters.

Lorax, who has also filed to run for an open School District 25 seat, acknowledges he’s not running to win an office. Rather, he’s using his campaign to raise awareness about a decades-old conspiracy he alleges led to uranium contamination throughout the city and has made the public chronically ill.

Bray believes local taxes are out of control, and he said he’s worked to get his colleagues to moderate municipal spending. He believes high taxes disproportionately hurt the poor, who tend to live in rental properties, which don’t qualify for the homeowner’s tax exemption.

Bray said he’s come up with creative solutions to help the city become more efficient. For example, Bray said he made the motion for the city to centralize its municipal fleet mechanics in a single shop, thereby saving a great deal through improved efficiencies.

Bray is concerned the city has used tax abatements without properly studying the potential impacts on current tax payers. He also sought to have the City Council leave some unfilled positions vacant, including an economic development position, which would have saved $130,000 had it been removed from the budget.

Ennis agrees with Zebe that economic development is the primary issue in this election. He believes Pocatello is in a good position to attract good jobs — with access to educated workers from learning institutions such as Idaho State University, two interstates crossing through town and an airport. Growing the tax base will be essential to relieving the local tax burden, which would also address a barrier toward businesses locating in the city, he said.

“Everybody needs city services, but they’re tired of being taxed higher and higher,” Ennis said.

Zebe believes a new economic development organization needs to be created to market Pocatello and Chubbuck together, and the two cities should share a common comprehensive plan to help them partner in attracting growth. He believes the region’s current economic development entity, Bannock Development Corp., has achieved few victories for the local economy — aside from taking credit for some “organic” growth.

Regarding a proposed merger between the cities of Pocatello and Chubbuck, Zebe believes the issue is worth investigating. Even if a merger doesn’t come to pass, he supports establishing districts to provide regional services in areas such as streets, water and sewer.

Zebe advocates for comparing how each city department is run against other departments in similar communities to identify potential savings.

Walker also believes city services could be consolidated to achieve savings. He disagrees that combining Pocatello and Chubbuck into one city would be wise, given that both cities have strong identities and a “feeling of city pride.”