Idaho Fish and Game officers recently removed several exotic reptiles from a home in Bonneville County. This photo shows the 7-foot alligator that resided there. 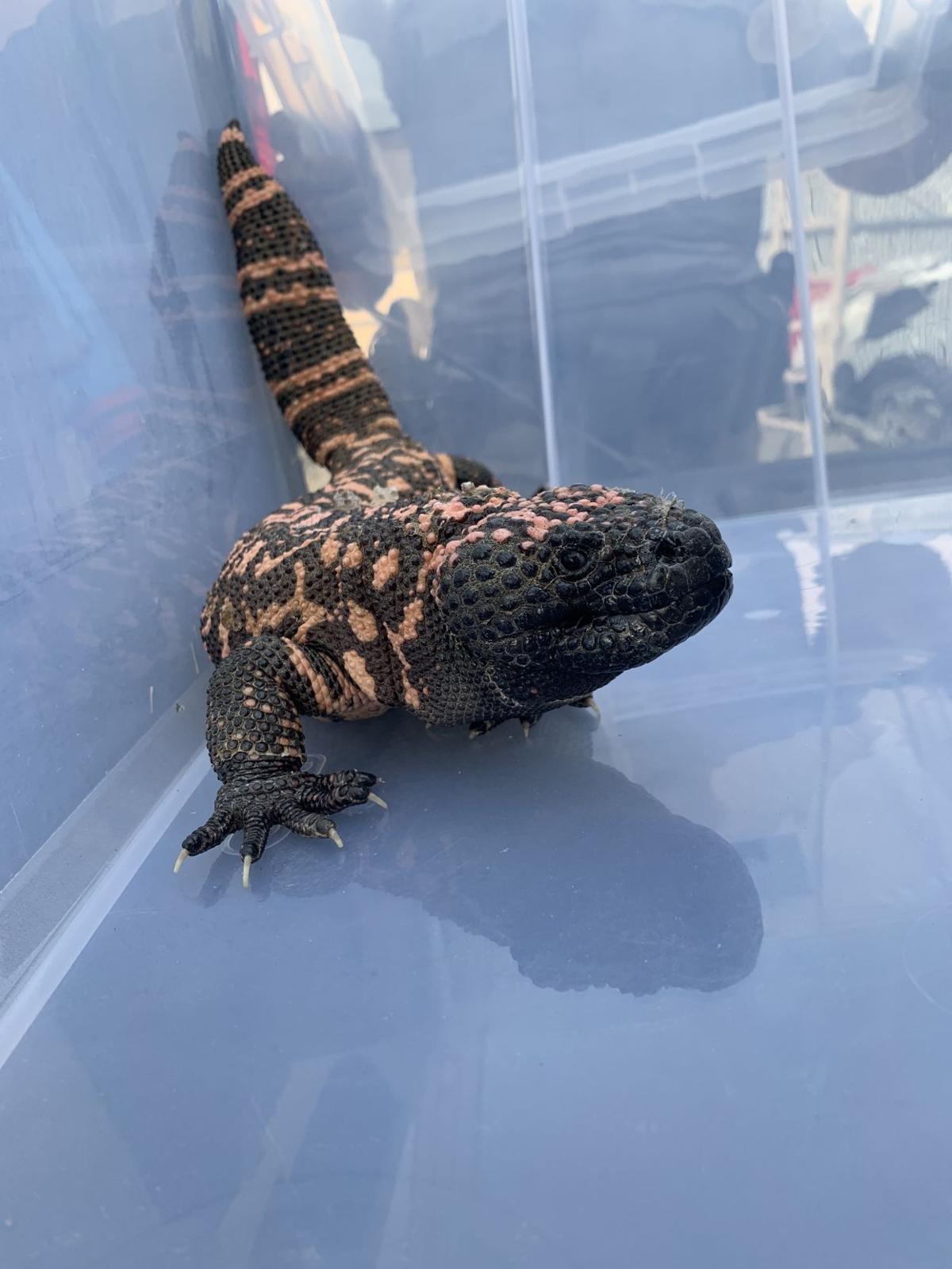 A Gila monster seized from a Bonneville County home this month. 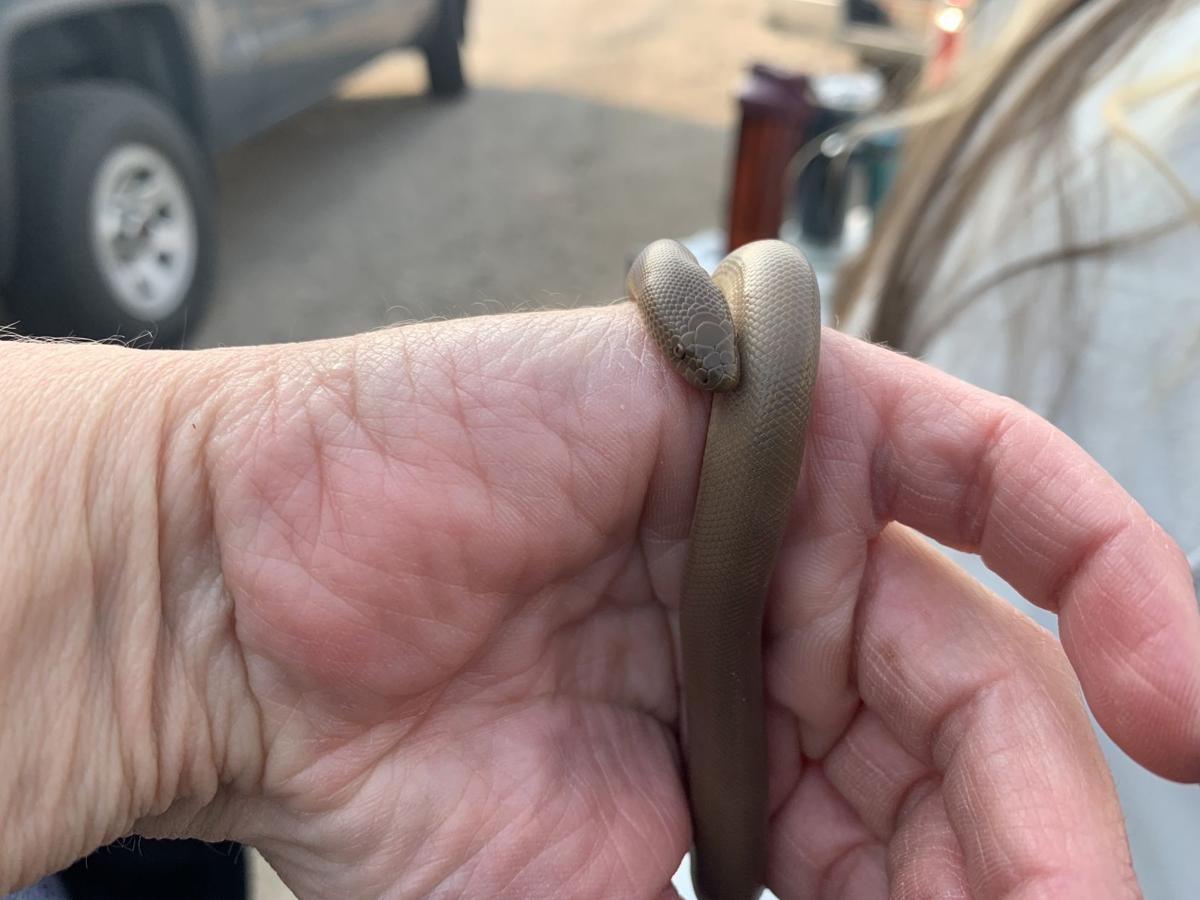 One of the two rubber boas seized from a Bonneville County home this month.

Idaho Fish and Game officers recently removed several exotic reptiles from a home in Bonneville County. This photo shows the 7-foot alligator that resided there.

A Gila monster seized from a Bonneville County home this month.

One of the two rubber boas seized from a Bonneville County home this month.

Additional details about the reptiles’ owner and the location of the home were not immediately available.

James Brower, regional communications manager for the Idaho Department of Fish and Game’s Upper Snake Region, said they received an anonymous tip that led them to the home where they located the alligator along with two caiman, two snapping turtles, two rubber boas and a Gila monster. The owner, who did not have permits for the reptiles, voluntarily surrendered them.

“Due to the full cooperation of the owner and his willingness to voluntary surrender the animals, several written warnings were issued but the owner did not receive any citations,” according to a news release.

Those who keep exotic animals without the proper permits can be cited or fined, officials said.

Rubber boas are native to Idaho, but the snakes that were seized were transported to Idaho from Utah. Brower said collecting rubber boas from the wild in Idaho is allowed, but a hunting license is required.

Brower said the reptiles were all located in the owner’s garage. Most were living in terrariums and the alligator was residing in an enclosure built for it.

Officers easily removed most of the reptiles, but the alligator took a bit more work.

“It was not a real heavy alligator, but it was 7 feet long,” Brower said, adding that they also don’t have a lot of experience dealing with alligators.

They ended up sedating the reptile that became calm but not unconscious, Brower said. Then they placed catch poles around its snout, tail and legs so they could safely lift it up and out of the enclosure, which didn’t have a door.

Most of the reptiles were later sent to facilities that were licensed and permitted to have them. Unfortunately, Brower said they weren’t able to find a new home for the alligator, which was subsequently euthanized and sent to an educational facility in Nampa.

Fish and Game officials say they regulate exotic reptiles and amphibians to help prevent their intentional or accidental release into native ecosystems and to keep them from causing harm.

“We have a permitting process that is required before certain animals can be transported into the state,” Doug Petersen, a regional conservation officer, said in the news release. “Certain species could pose a threat to our native wildlife if they were introduced into the environment.”

Most of the animals in this case came from people and rehab facilities in other states, and the owner, who loves reptiles, was trying to do a good thing by caring for them, Brower said. But the man wasn’t legally allowed to possess them and/or didn’t have the proper permits to do so, which is why officers took the reptiles.

Fish and Game officials say this is the second investigation of its kind in Idaho this month. Officers seized nearly three dozen venomous snakes from a Boise home in early September.

Following the incidents, officials are reminding the public to do some research before they bring a new pet home.

“In general, animals that can be purchased at a local pet store are legal to own and do not require a permit from IDFG,” according to the news release. “Animals being purchased online or from an out of state retailer may require an import permit and a health certificate from a veterinarian. The animals surrendered in this case had neither document.”

Those with questions about the legality and requirements of owning a certain type of animal can contact their regional Fish and Game office for more information.