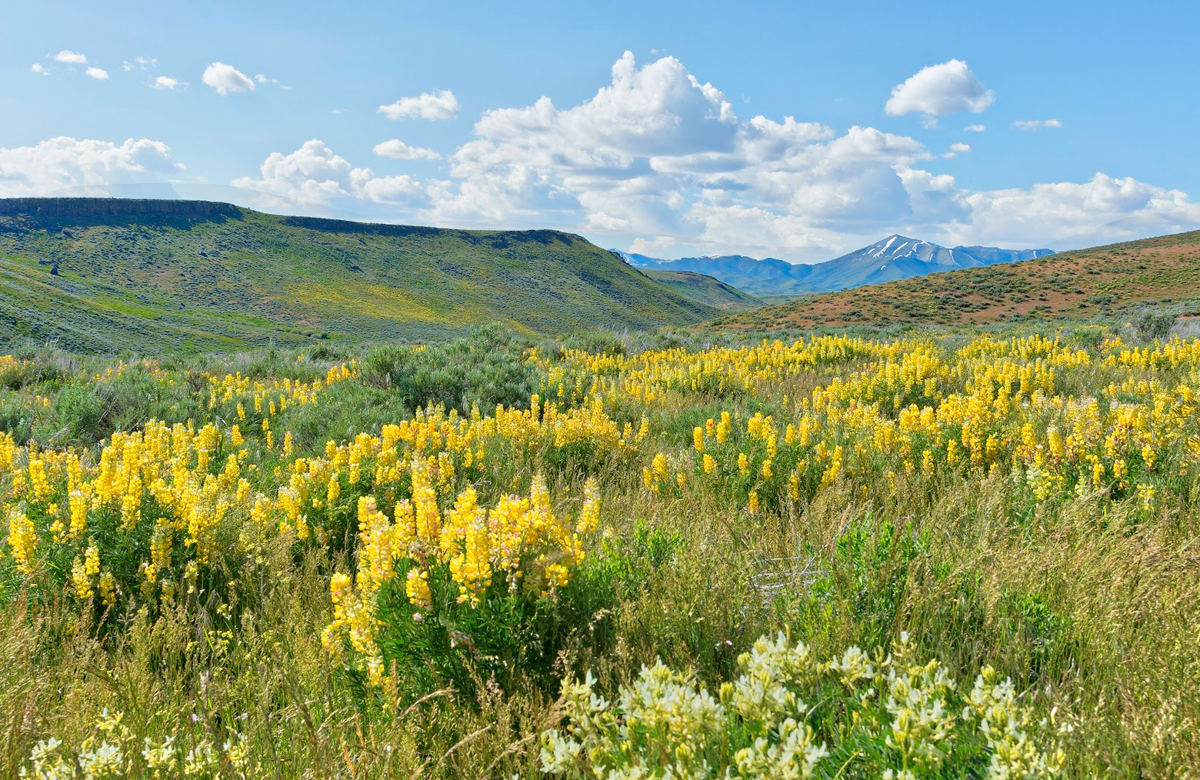 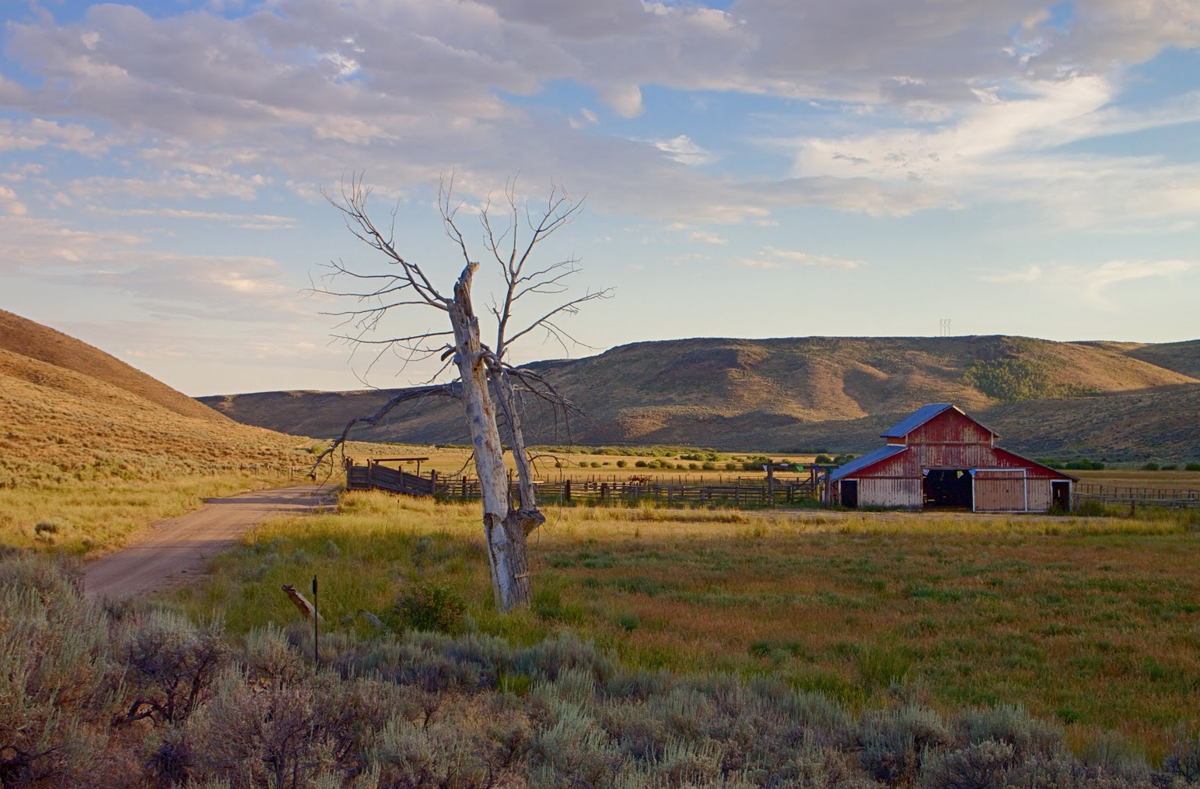 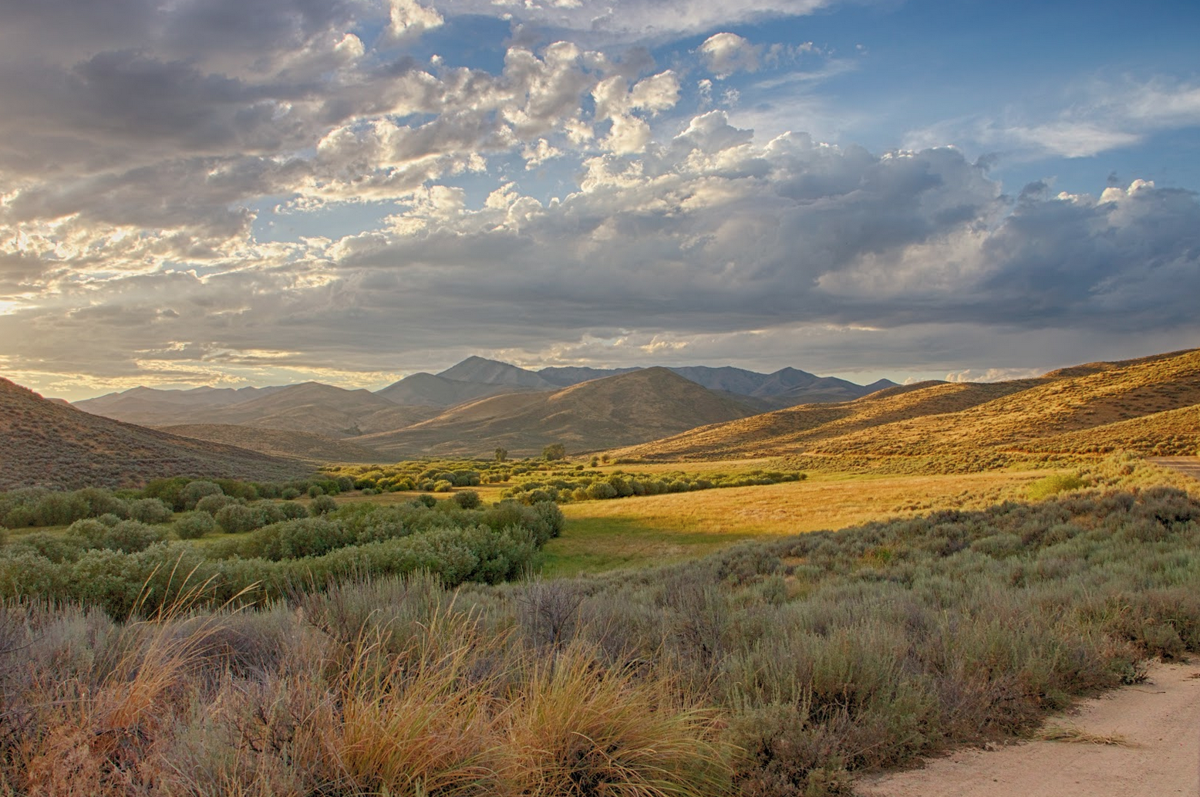 More recently, however, several of them have been hastening to install the special fencing on their own range lands — after learning how it's helped Rinker Rock Creek Ranch save on material costs and fence maintenance hours while also better confining cattle.

Conservationists involved in the unique partnership that runs the Wood River Valley research ranch celebrate the benefits to wildlife that can sometimes be harmed by entanglements with conventional barbed wire.

At a time when society is growing increasingly polarized and political tensions are running higher than ever, Prescott believes the ranch offers both science to justify "win-win" grazing practices and a template for true cooperation among diverse stakeholders.

"What I've come to realize and (the perception) I think this ranch is going to help eliminate is that neither side is as bad as the other side thinks they are," Prescott said. "... The conservation community and the cattle community want the same thing for the resource: They want it to be sustainable, and they want it to be ecologically healthy. They just disagree how they want to get there, and we're working on trying to collaborate on how we try to get there."

The Rinker family, which used to run cattle on the 10,400-acre property now known as Rinker Rock Creek Ranch, was prepared to develop the land in the 1990s, when it was platted for a subdivision.

"The land trust had been interest in trying to see it protected for a long time," York said.

In 2013, the property was listed with a real-estate brokerage that worked closely with the land trust. That year, the land trust succeeded in securing $4 million in federal funding made available for sage grouse conservation to buy a conservation easement to protect the land from development.

Then the land trust and the Nature Conservancy jointly bought the land outright in 2014, which was made possible thanks to a significant donation by the Rinker family.

York said UI and the Idaho Department of Fish and Game have been conducting aerial surveys in recent years to document new leks throughout the ranch's high-priority sage grouse habitat. Initially, the organizations planned to donate the land to Fish and Game to become a wildlife management area. When the state Legislature voted against approving the wildlife management area, the groups reached an agreement with UI, which had a Rangeland Center but had been conducting its research on private ranches and grazing allotments.

An advisory committee was formed to guide the research and includes stakeholders such as Fish and Game, ICL, USDA's Natural Resources Conservation Service, the Idaho Soil and Water Conservation Commission, the land trust, the Nature Conservancy and the Idaho Rangeland Resource Commission.

York said the partnership has taught her that proper grazing can be used as an effective tool to benefit wildlife and their habitat. For example, she said the ranch has demonstrated that grazing sensitive riparian areas can be a benefit to the vegetation along stream banks.

"There aren't many opportunities like this," York said. "For the the Wood River Land Trust to be involved in a project of this scale that not only conserves the land but is now working with the university to do research in ways we can better manage our range land resources, I think that's a real benefit to our local community and to Idaho."

The ranch opened for research in 2016.

Rinker Rock Creek Ranch fills an important niche for UI, providing summer range for about half of the university's herd, which includes about 350 cow-calf pairs and 220 yearlings in all.

When they're not in the Wood River Valley, the cattle are based at UI's Nancy M. Cummings Research and Extension Center in Salmon, where they graze for the winter. They're moved to Dubois to calve in the spring. Agri Beef Co. has been buying the meat and returns data to the university on the quality of carcasses.

There are 11 ongoing research projects being conducted at Rinker Rock Creek Ranch, delving into topics such as grazing density, grazing timing, affects of grazing on sage grouse, affects of fencing on wildlife, the use of grazing to stimulate grass and forage growth and cattle breeds that are most efficient on range.

UI assumed responsibility for management of the ranch's daily operations in the spring of 2019. A former manager of the Wood River Land Trust, Cameron Packer, serves as the ranch's manager.

"It is very unique to have a 10,000-acre working ranch where we can conduct all of these different types of research," Packer said.

Packer said UI's College of Agricultural and Life Sciences, its College of Natural Resources and its collaborative Rangeland Center all utilize the ranch for research. UI Extension faculty also take advantage of the facility.

Packer said about a half dozen UI graduate students have research underway at the ranch, and a number of summer interns are typically brought on. Three interns will be focused on ranch management issues.

At the ranch, Packer said the students have a rare opportunity to work side by side with professors, agency officials, conservationists and cattle ranchers.

He's confident the ranch will provide scientific evidence to back up industry practices in the face of "today's litigation world."

"One thing that these groups that have come to the table have realized — and we've realized it from our industry for quite a while — the open space that people like and enjoy in Idaho, without functioning ranch operations they don't exist and we have ranchettes and suburban cities," Mulroney said. "Some of these groups realize the key to maintaining a healthy habitat and a healthy ecosystem and some of those conservation goals is having a functioning business to support those lands."

Educating the public about ranching, conservation

Wyatt Prescott acknowledges he used to be leery about the general public in the Wood River Valley.

"There have been so many advocates against grazing in the valley we fought in court," Prescott said, recalling his time with the ICA.

He's changed his perception about the community, however, based on his experiences at Rinker Rock Creek Ranch. Prescott said the Rinker Rock Creek ranch is also open for recreational use and has been heavily utilized by the valley's outdoors enthusiasts throughout the year.

Initially Prescott feared the recreational users would hassle his ranch staff about their grazing. Instead, he said they've been inquisitive, asking questions about the ranch and the livestock.

Prescott believes an important secondary benefit of the ranch has been the opportunity to educate a public that's far removed from agriculture.

Once per month during the summer, the ranch hosts Sagebrush Saturday, welcoming the public for a presentation on a chosen topic in ranch operations, research or wildlife. There's even a kids' day. About 50 people typically attend each session.

"What's neat is that the community is coming out, riding bikes and horses, and they're learning about ranching and they embrace it," Prescott said. "They stop and they take pictures and ask questions, and it's an opportunity for us to tell them, 'This is what we're doing and how we're doing it. This is how your food is made.'"

Eastern Idaho Public Health has an