The final report from Gov. Brad Little’s K-12 education taskforce has been released, highlighting five major recommendations for the state Legislature to consider for the next session.

Those final recommendations include expanding access to all-day kindergarten, increasing the focus on K-3 literacy, raising the base salaries for the top rungs of the teacher career ladder, providing districts more flexibility with the state’s funding formula and offering more social and emotional support for students.

The education taskforce was formed in May and held 28 meetings before its members voted on the final recommendations in early November. Early in the report, the group said that Idaho had not seen the rate of student growth that had been hoped for by the 2013 taskforce but that the state had seen significant improvements since then. 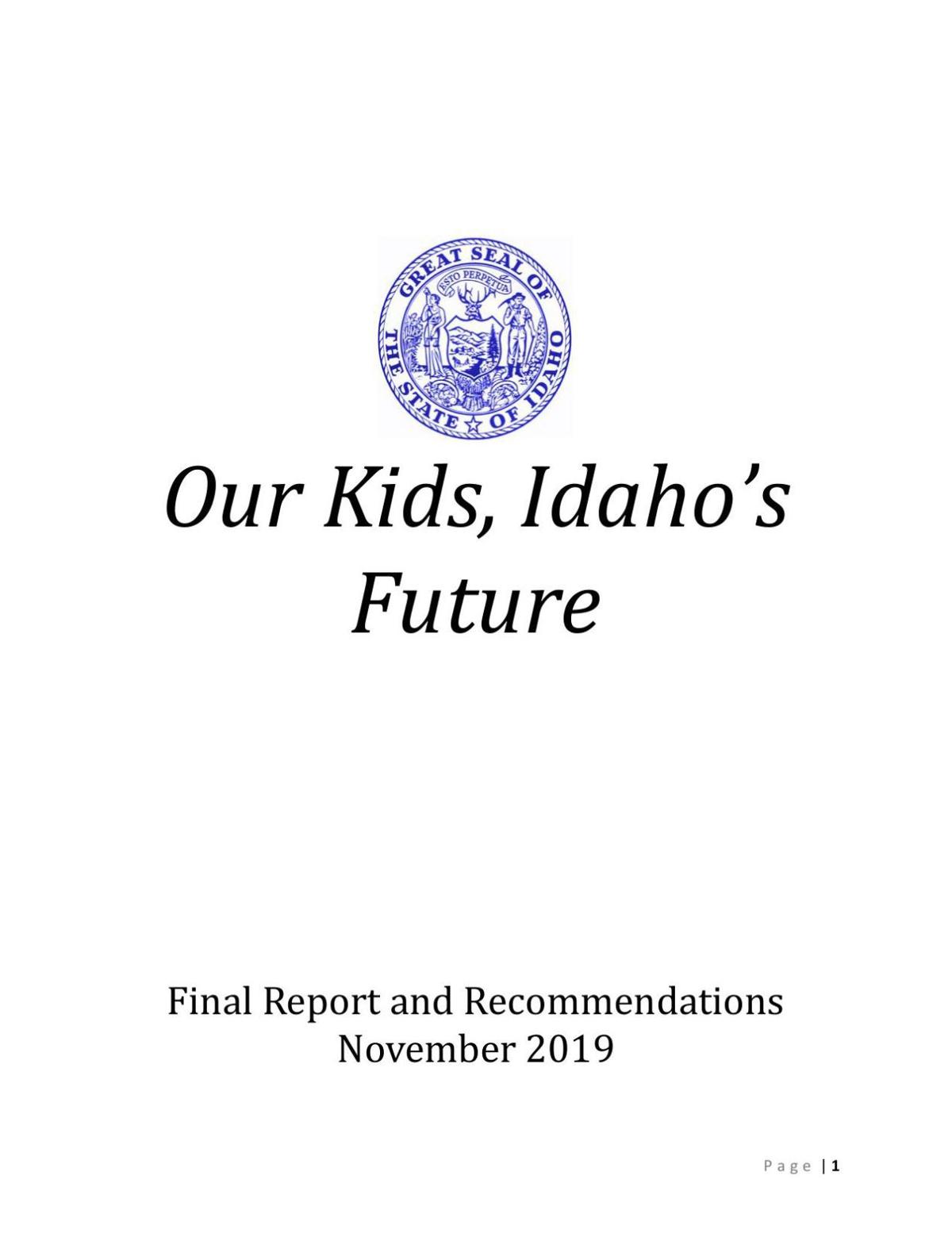 “While there was distrust and a lack of partnership between education stakeholders and policymakers six years ago, there has been an ongoing willingness for these groups to talk and work together during this sustained period of growth,” the report said.

Four of the legislators who served on the taskforce chose to abstain from or vote against all five of the recommendations during the final vote in November. Those included Rep. Wendy Horman and Sen. Dean Mortimer, Republicans who represent districts in eastern Idaho, along with Reps. Jason Monks, R-Nampa, and Lance Clow, R-Twin Falls.

Horman said her votes against the kindergarten expansion and increased teacher salaries were based on the expected cost of those and the difficulty in expanding those programs in a year that’s already seen requests for budget cuts in many departments. As for the funding formula, she believed that there needed to be even more local say in how those funds could be used to help students.

“We need to put more authority into the hands of the people who know their schoolchildren best and that’s our school boards and our principals. That’s not the state Legislature,” Horman said.

The report also included additional recommendations from four of the subcommittees formed to look at more specific aspects of education. The budget committee had requested that the Public Education Stabilization Fund be increased and that attempts be made to limit future cases where the fund is used to fill in gaps with education spending. At the end of the last fiscal year, $31.6 million was used from the fund to help pay for higher-than-expected student growth in the state.

There also was a subcommittee focused on rural schools and its members suggested the state work to offer more chance for collaboration between those schools and a larger career and technical education program. Rural schools also came up in many of the official recommendations as places that would be able to benefit from the statewide expansion of kindergarten and increased teacher salaries to compete with larger districts.

“The lack of uniformity across the state creates a discrepancy in opportunities available to students based on geography. Many families are limited in their ability to move to communities that offer all-day kindergarten,” the report said.

The recommendations will now be considered by Little, who will likely select his highest priorities from the taskforce and push for them during his State of the State address next month.