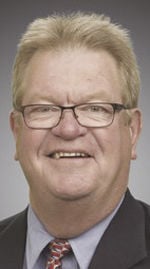 POCATELLO — The Pocatello-Chubbuck School District 25 Board of Trustees will have the opportunity Tuesday night to take action on a proposal to retire the Indian as Pocatello High School’s mascot.

Board member Jackie Cranor, however, said her mind is not made up on the issue, and it might behoove the board to take its time and more thoroughly vet public opinion.

The board will discuss the proposal and how to proceed at its regular meeting, scheduled for 5:30 p.m. Tuesday at the district’s office. If the board does vote to retire the mascot on Tuesday, discussions would shift toward a timeline for phasing out the Indians name.

“I think this is an issue that people in the community definitely have a right to express their feelings and opinions about,” Cranor said.

Cranor agrees the board should avoid a long battle and a drawn out debate on the name change, which is supported by the local Shoshone-Bannock Tribes. But she also sees no reason to rush to a decision. Cranor admits she was caught off guard by the issue, which she learned about just a few weeks ago.

Cranor has received several emails on the issue, both for and against a change.

“We represent the community,” Cranor said. “While we’ll never get a consensus on this, they still have a right to be heard.”

The board’s chairman, Dave Mattson, said members have received about 200 emails from the public on the issue, and 70% to 75% of them are in favor of a change.

“One thing we can control is to table it and take more input and I’m going to ask our board members their thoughts on that,” Mattson said.

Having moved to the district from outside of the area, Mattson said the issue isn’t as emotionally charged to him as it is to many in the community. But he also doesn’t wish to offend Native American students.

“I don’t want to hurt anybody,” Mattson added.

DO YOU NEED... Some Extra Hands