U.S. Sens. Mike Crapo and Tammy Duckworth, D-Illinois, are teaming up on a bill meant to get younger people working at national laboratories to help the laboratories replace their aging workforces.

Both senators represent states that contain national laboratories — Idaho National Laboratory in Crapo’s case, Argonne National Laboratory and Fermi National Accelerator Laboratory for Duckworth. Forty to 50 percent of the nuclear workforce in both the public and private sectors will be eligible to retire in the next five years, according to a statement from the two senators.

“We don’t have a problem with retention, but we do have an aging workforce,” Wade Bodlovic, INL’s manager of talent acquisition, said in an interview in May. “That will continue.” 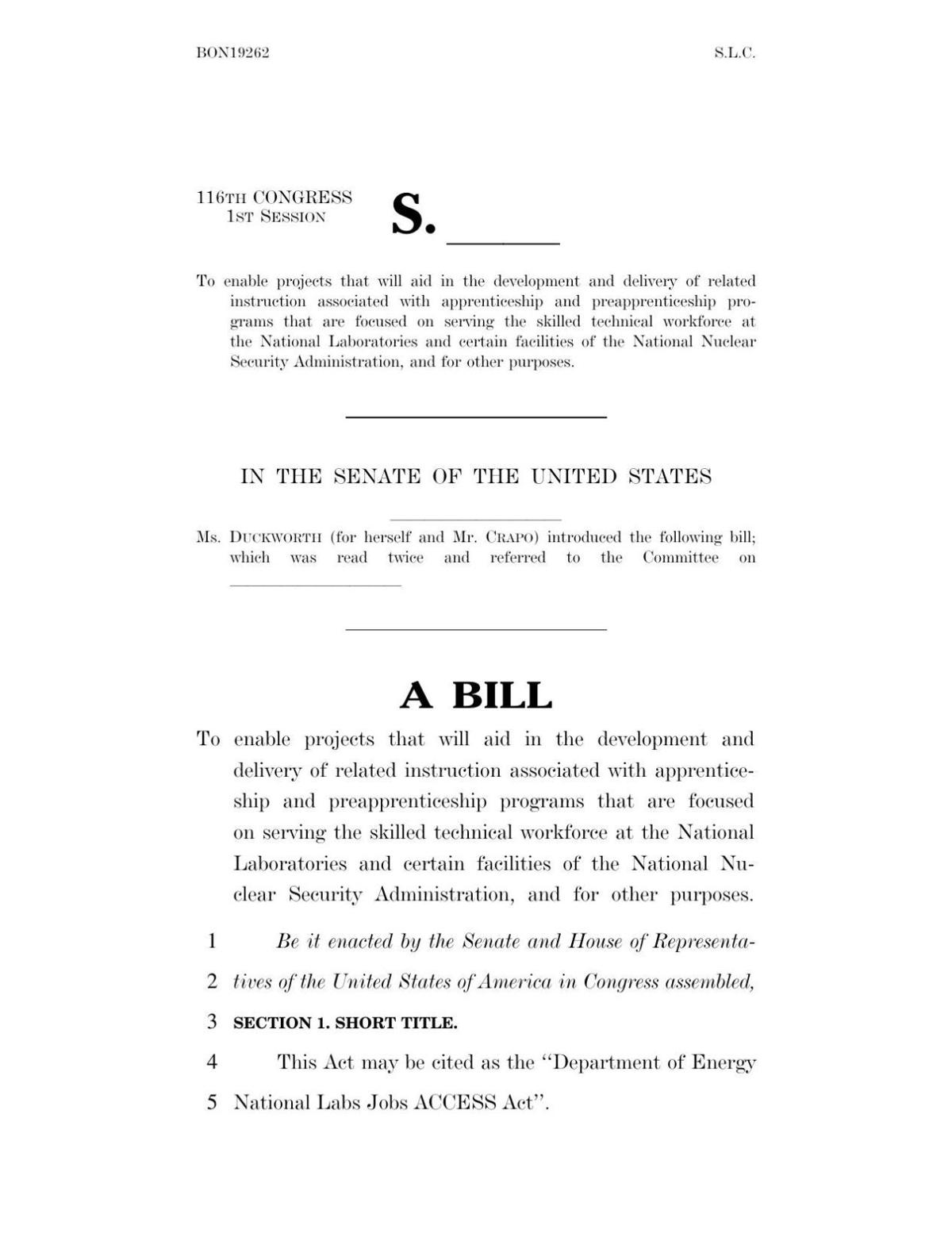 The DOE National Lab Jobs ACCESS (Apprenticeships for Complete and Committed Employment for Specialized Skills) Act would establish a five-year grant program, run by the U.S. Department of Energy, to create apprenticeship and pre-apprenticeship programs to create nuclear industry jobs. The grants would go to institutions such as colleges, industry groups or career and technical education schools that would then partner with national laboratories on such programs.

Grantee organizations would have to cover at least 25 percent of the cost and grants would be capped at $500,000 each. Job training programs serving veterans, young people and people with barriers to employment would receive priority consideration in awarding grants.

“Investments to train a new skilled workforce are needed to sustain the critical work of these labs and to provide well-paying jobs,” the Idaho Republican Crapo said in a statement. “Senator Duckworth’s and my DOE National Labs Jobs ACCESS Act would help fill these high-demand positions at INL and other national labs by supporting apprenticeship and pre-apprenticeship programs, with a particular eye toward programs that serve veterans, young people and individuals with barriers to employment.”

“The skilled technicians that work at our national laboratories represent the best among us, dedicating their expertise to helping solve the world’s most pressing problems,” said Duckworth. “I’m proud to partner with Senator Crapo on this bipartisan legislation to prepare the next generation of students to work at our national laboratories, helping ensure America remains at the forefront of technological innovation for generations to come.”