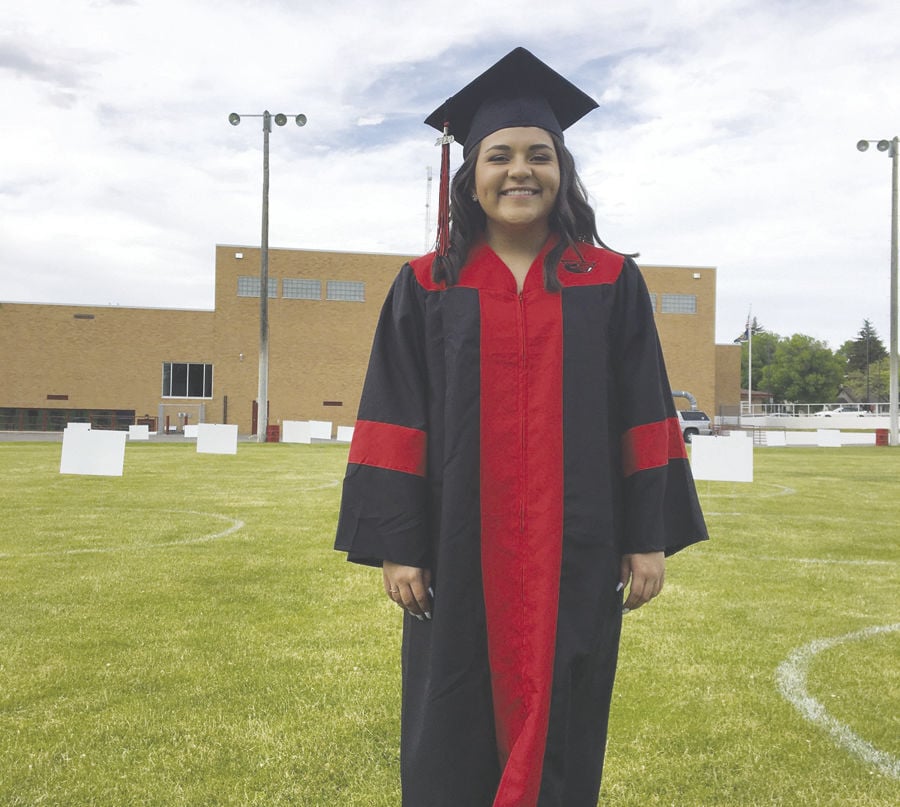 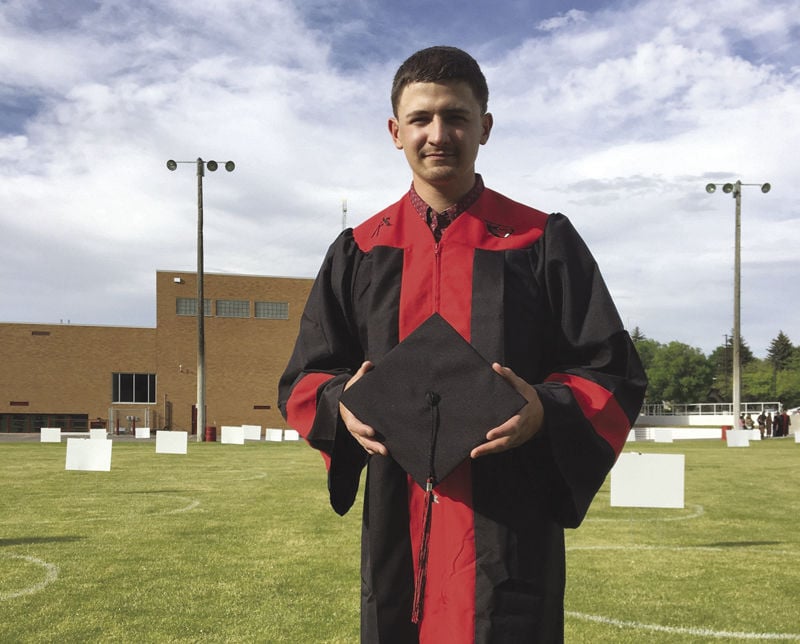 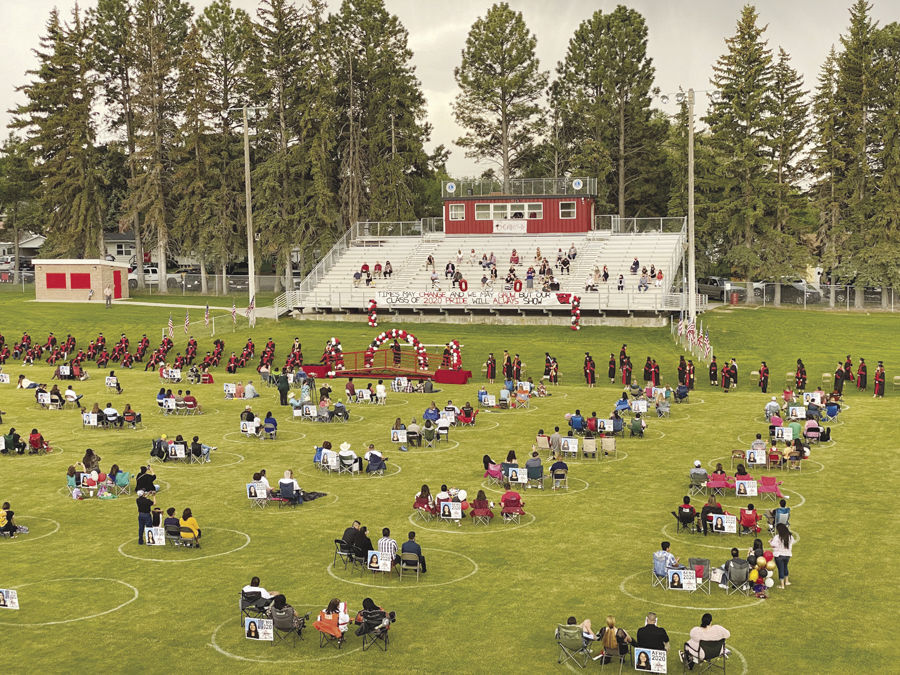 This was the scene during the American Falls High School graduation on Saturday at the football field at J.R. Simplot Elementary School in American Falls.

This was the scene during the American Falls High School graduation on Saturday at the football field at J.R. Simplot Elementary School in American Falls.

American Falls High School pulled together a successful and well attended graduation ceremony for the 92 members of the senior class on Saturday after overcoming the initial uncertainty of how the event would work out in the face of the coronavirus pandemic.

“With everything going on we really didn’t know what graduation was going to look like,” said Courtney Knickrehm, an agriculture teacher, FFA adviser and junior class adviser at American Falls High School.

Knickrehm said it was uncertain at first what rules would apply or if the event would have to be a virtual graduation.

“So we really didn’t know where we were going,” Knickrehm said. “But we knew we wanted a graduation for our students.”

She said they’re a really tight-knit community in American Falls.

And there were even first-generation graduates in the class.

“So we really wanted to get recognition for them and all of their achievements,” Knickrehm said.

The school ultimately was able to come up with a plan that won approval from Southeastern Idaho Public Health to hold the graduation on the football field at J.R. Simplot Elementary School, she said.

Circles were marked on the football field for the parents to use that provided the appropriate social distancing.

Each student could have four family members in each circle. There was also space between the students before they each walked across a small bridge and picked up their diplomas from the stacks on both sides of the bridge.

One of the graduates was Braeden Ralphs of the Rockland area.

“I’m just like kind of just another day,” he said about graduating from high school. “I’ve got a job actually in Wyoming.”

Ralphs, who grew up on a ranch, said the job he’s landed is at a ranch north of Pinedale, Wyoming. He will be a working cowboy.

Fellow graduate Marissa Vasquez said she is eager to move on.

“I’m super excited — ready to start a new chapter of my life,” she said.

“Then this fall I will be going to the University of Idaho in Moscow,” she said.

Vasquez, who was a cheerleader and played volleyball and softball at American Falls High School, says she’s planning a career in medical sciences.

“You get a bachelor’s in medical sciences and then you can go into med school, be a surgeon or anything in the medical field,” she said.

But she says Saturday’s graduation — which was attended by several elderly individuals who graduated from the school decades ago — was bittersweet.

She says she’s going to miss her friends a lot and it’s going to be different not going back to the high school in the fall.

Meanwhile, it was a good year academically at the school, according to Principal Travis Hansen.

And 66 percent of the school’s graduating seniors have already registered for college classes in the fall in a state with an overall go-on rate of only 44 percent.

Hansen said Saturday’s ceremony, which managed to dodge an incoming thunderstorm, was enjoyable.

The event ended with a long parade of vehicles through the streets of American Falls to honor all the graduates.

“We’re happy that we were able to give them an evening that they deserve,” Hansen said.