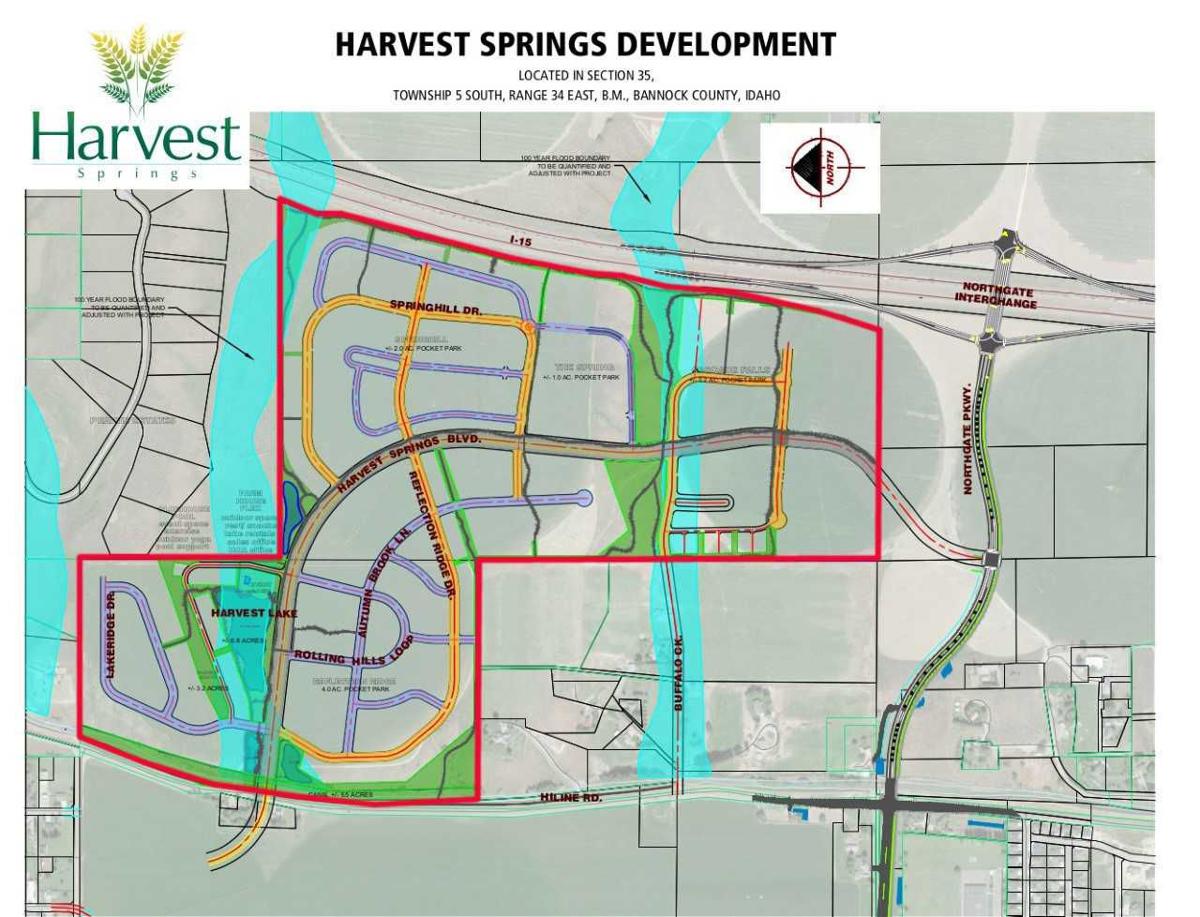 A map of the Harvest Springs Creative Community. 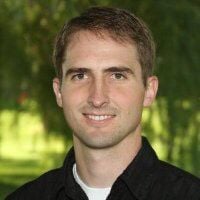 A map of the Harvest Springs Creative Community.

CHUBBUCK — Lakefront property could soon be a thing in Chubbuck.

Local builder Ryan Satterfield is a co-developer of a multi-use project planned to include between 1,000 and 1,200 residential units, as well as commercial space, to be built in phases over several years.

Designs for his Harvest Springs Creative Community also include a unique central amenity to add to the project’s appeal — a small lake where the public would be invited to swim, paddle board, boat and possibly even fish.

Harvest Springs is planned on 267 acres of farm land located east of the Fort Hall Canal and Hiline Road and north of the new Interstate 15 interchange.

“That lake is really what creates the attraction to that community in my opinion and the ability for families to go out there and enjoy time there,” Satterfield said. “It’s unique and we feel it’s a way to set our community apart from the rest.”

A groundwater well now serving the farm would be used to fill the small lake, which Satterfield said is planned to be apprxomiately half the size of the lake within the Portneuf Wellness Complex.

He’s building the project in partnership with the family of the landowner, local farmer Kevin Loveland. Loveland said his wife, Ann, had the idea to include the lake.

“I think it’s great, all of the development going on and the excitement,” Kevin Loveland said. “It should be a fun project.”

Satterfield was intrigued by the lake concept. He explained that the development will include many of the same attributes as a pedestrian-friendly master-planned community in South Jordan, Utah, called Daybreak. At the heart of Daybreak is a large lake with an island, Satterfield said.

The land for Harvest Springs has already been annexed into Chubbuck, and the builders have the city’s approval for their master plan, which will utilize the city’s new creative community zoning designation. Harvest Springs is slated to include a mixture of residential development types, ranging from large single-family lots to six-unit buildings, interspersed with commercial properties.

Satterfield said “rough utility work” should commence this fall, with the majority of work on the first phase beginning next spring.

The first phase will include 47 homes and two empty lots reserved for parks. Satterfield said prices of homes in the development will start at $250,000; homes on a few of the larger lots with the best views will sell for more than $500,000.

The lake would be developed during the project’s second phase, beginning in 2021, Satterfield said. He plans to build 15 to 20 residences — a combination of condominiums and single-family homes — fronting the lake. Walking paths would be constructed around the lake.

Aerators, filters and pumps would be used to recirculate and clean the water. The lake would also provide a source of irrigation water for landscaping throughout the project.

Satterfield approached the City Council on Wednesday to inform them of his vision well in advance of when he’ll have to apply for a permit to build the lake. He’d like the city to assume ownership of the lake.

Chubbuck’s community planning and economic development director, Devin Hillam, said the city is in the midst of evaluating potential costs of maintaining the lake, liability issues and other concerns. The general public would be welcome to recreate in the lake.

“The city sees a potential benefit in the lake concept to existing and future city residents in the future Harvest Springs community if the financial numbers work out,” Hillam said. “In our research, compared with a large grass park, municipal lakes appear to be cheaper to operate and maintain and can serve multiple purposes to provide recreational opportunities, aesthetic appeals and secondary irrigation for landscaping.”

Satterfield said he’s also contacted the Idaho Department of Fish and Game about the possibility of stocking the lake with fish. He said the lake won’t be stocked unless the city gives its blessing.

In general, Satterfield said the project will be designed to have significantly more public space than most developments, with residences on smaller, more densely packed lots. He said many of the homes will have rear garages accessed by alleyways and front porches.