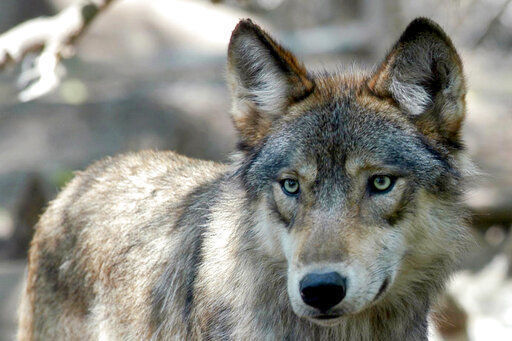 A gray wolf is seen in July 2004 at the Wildlife Science Center in Forest Lake, Minn. 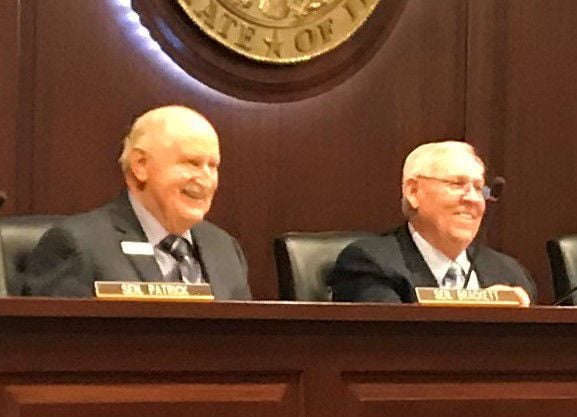 Sens. Bert Brackett, left, and Lee Heider, right, before the start of Wednesday’s Senate Resources Committee meeting at the state Capitol on Jan. 22.

A gray wolf is seen in July 2004 at the Wildlife Science Center in Forest Lake, Minn.

Sens. Bert Brackett, left, and Lee Heider, right, before the start of Wednesday’s Senate Resources Committee meeting at the state Capitol on Jan. 22.

BOISE — Emergency legislation was introduced on a party-line vote in the Senate Resources Committee on Wednesday to allow any Idahoan with a hunting license and a wolf tag to shoot wolves year-round in newly designated “wolf-free zones” in the state.

Sen. Bert Brackett, R-Rogerson, sponsor of the bill, said, “The purpose of this legislation … is to try to start to get a handle on our wolf population … in particular … on depredation that’s occurring.”

Brackett’s bill also would declare any big-game hunting unit in which depredation, or killing of other animals, by wolves has occurred in four of the past five years to be “chronic depredation zones.” That depredation would include wolf-kills of other animals as documented by the Idaho Fish and Game Commission or the U.S. Department of Agriculture Animal & Plant Health Inspection Service, or APHIS. In those zones, as well, hunters with a valid hunting license and wolf tag could take wolves year-round.

The proposal also includes a clause saying that the new zones would remain in effect as long as there are more than 20 packs, or 200 wolves, in the state of Idaho. It includes an emergency clause, making it effective immediately upon passage and approval by the governor.

“I want to make it clear I don’t want to diminish in any respect the commission’s effort the past several years to try to get a handle on the program,” Brackett said, “but the issue remains. I realize many of the efforts that have been made to control the wolves in high-depredation areas have been done incrementally through hunting and especially in trapping, which is a very effective method.”

Sen. Steve Bair, R-Blackfoot, moved to introduce Brackett’s bill, and Bair’s motion carried on a party-line vote, with just the panel’s two minority Democrats, Sens. Michelle Stennett, D-Ketchum, and Maryanne Jordan, D-Boise, dissenting. The vote clears the way for a possible full hearing on the bill in the committee. To become law, it still would need to pass both the Senate and House and be signed by the governor.

Idaho Fish and Game Deputy Director Sharon Kiefer said after the vote that she hadn’t yet had a chance to review the bill.

“I will tell you that certainly Sen. Brackett, over the last couple-three years, has articulated concerns about wolves, not believing that it would be appropriate for wolves to get a foothold south of I-84, because it’s an obviously high-conflict area, and it’s frankly really not wolf habitat. Certainly the commission is aware of that concern,” she said. “I know they’ve taken a few management steps relative to that area.”

While wolves may pass through the area, she said, “I don’t believe we have any evidence that there are any actual packs making a living in that area.”