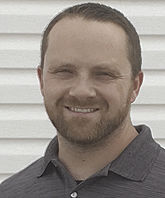 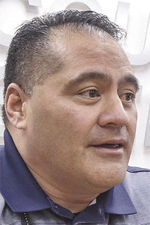 “It kind of stems from Lance Quick and that whole situation, but a lot of people understand that something has to change,” he said.

Quick died in the Bannock County jail in December 2018 from dehydration and starvation and the county had to pay a $2.1 million lawsuit settlement.

“That’s the culture I push,” said Manu, who worked in the jail for six months early in his career before he went out on patrol. “To me, it’s how you treat people, 100 percent. It’s all about interpersonal relationships.”

And Stewart’s familiar with the jail. He worked there for just over four years about six years ago.

Plus, Stewart, who’s running as an independent, says the change has to be more than cosmetic.

“I’m not going at it like, ‘Oh, change is good,’” he said. “No, there’s actual things that are going to have to change.”

If the county continues to do what it’s always done, then that’s the system it will always have, he said.

“We can’t climb a tree and expect to catch a fish any longer,” Stewart said. “It’s time to do something different.”

Stewart has a roughly two-minute Facebook video on his campaign at: Nate Stewart for Bannock County Sheriff.

Manu came to Pocatello in 1986 on a scholarship to play football for Idaho State University.

Manu said the Sheriff’s Office has made an effort to limit problems.

“You can probably dictate the outcome in your first five seconds of how you handle that contact,” Manu said.

Manu said law enforcement officers can be kind without letting their guard down.

“It doesn’t mean you’re oblivious to your safety,” Manu said.

He says it’s an approach he pushes down through the Sheriff’s Office leadership.

“And if the rest of your leadership knows that and they act that same way then the people they supervise I think inherit that attribute,” Manu said.

Manu said over his career he’s been able to build good relationships with the Fort Hall police and meets with the Tribal Council periodically.

He also has close ties with the city of Pocatello and the county.

“In Pocatello we have so many good relationships not only with the other agencies, but also the community members, being involved in so many community things,” he said.

He says his goals as sheriff include higher standards, a general review of how things are done and trying to find ways to streamline operations.