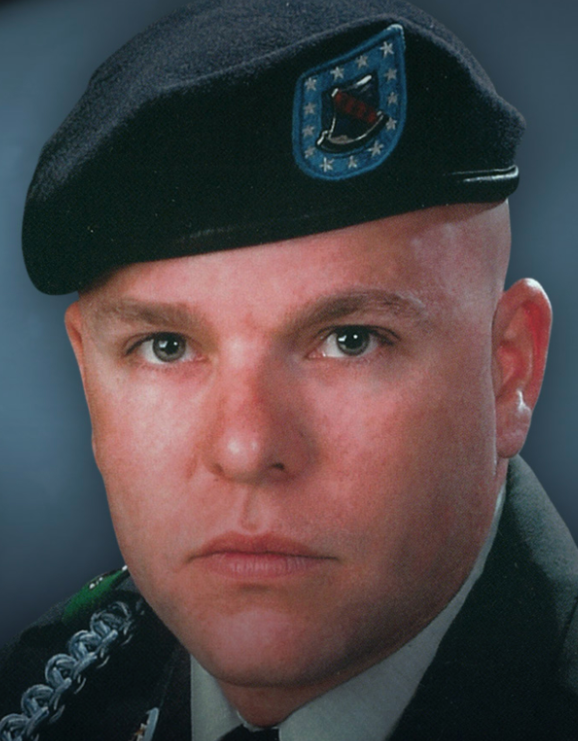 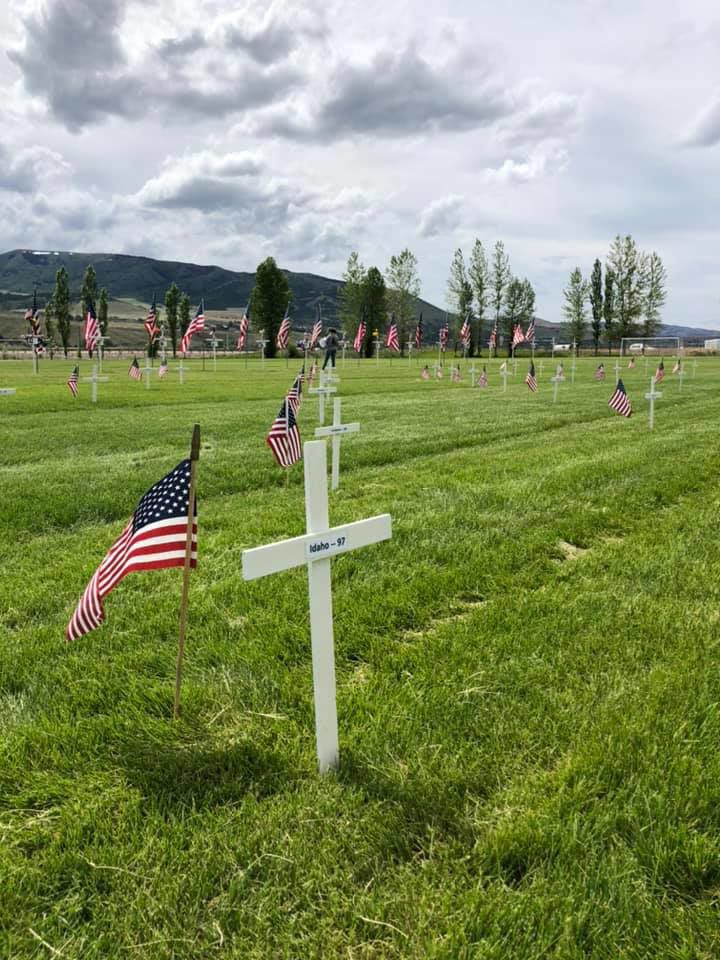 The Idaho Field of Heroes Memorial has been set up for the 17th time at Century High School in Pocatello, paying tribute to fallen U.S. military personnel. The memorial will remain open to the public through Monday evening. 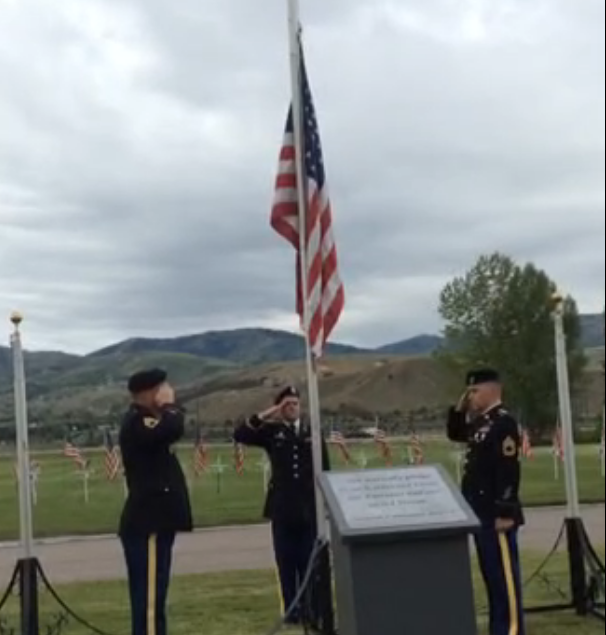 The colors are posted during the opening ceremony Friday morning for the 17th Idaho Field of Heroes Memorial at Century High School.

The Idaho Field of Heroes Memorial has been set up for the 17th time at Century High School in Pocatello, paying tribute to fallen U.S. military personnel. The memorial will remain open to the public through Monday evening.

The colors are posted during the opening ceremony Friday morning for the 17th Idaho Field of Heroes Memorial at Century High School.

POCATELLO — While conducting route security in Abu Samak, Iraq, Staff Sgt. Travis Atkins wrestled an insurgent to the ground upon realizing the man was wearing an explosive suicide vest.

Atkins shielded his comrades from the ensuing blast on June 1, 2007, saving the lives of three other soldiers, but he was mortally wounded.

Bannock County Commissioner Steve Brown told the story of the soldier’s heroic actions on Friday morning, during the dedication ceremony for the 2020 Idaho Field of Heroes Memorial, as an example of the sacrifices America’s soldiers have made to keep the country safe. In its 17th year, the field is set up at Century High School for the public to view through Monday night.

Atkins, a Bozeman, Montana, resident who served with the U.S. Army’s 10th Mountain Division, was posthumously awarded the Medal of Honor on March 27, 2019. The construction worker enlisted in 2000 and was deployed to Iraq, returning to his civilian job after his discharge in 2003.

“His need to serve wouldn’t leave him so he redeployed and went back to Iraq in 2006 and led a 15-member squad,” Brown said during the opening ceremony for the memorial, which was streamed live on the Field of Heroes Facebook page. “These stories are endless — soldiers answering a higher call.”

Had this been a normal year, Hiedi Young, who serves on the Idaho Field of Heroes Memorial Committee, explained there would have been a cross in the field bearing the name of every U.S. soldier killed in Iraq and Afghanistan. As of May 19, that number was 7,047 soldiers.

Due to the COVID-19 crisis, however, Young said the event had to be scaled back. It normally takes 3,000 man-hours to set up the memorial, which wasn’t feasible given the need for volunteers to maintain a safe distance from one another amid the pandemic. Instead, Young said 97 white crosses or Stars of David were set up to honor Idaho soldiers killed in action. Furthermore, 50 crosses were erected for each state, bearing their respective casualty numbers.

A team of 20 volunteers set up the memorial from noon through 3:30 p.m. on Thursday.

Young said the public may view the memorial this year by driving around it in the bus lane, accessed by turning onto Hildreth Road north of the high school. Visitors are also welcome to park and walk through the memorial. Young explained the memorial is outdoors, there aren’t many surfaces to touch and there’s plenty of space for people to maintain social distancing.

Though the field is very different this year, Brown said it’s purpose is no less sacred.

Brown believes the question people should ask themselves when they view the memorial is, “Are we worthy?” He emphasized Americans owe their fallen soldiers “their absolute best,” and he’s growing increasingly concerned about the bitter political divide that has taken hold of the nation.

“While they fought for our right to disagree, they didn’t die so we could annihilate each other,” said Brown, who will be resigning from the commission in June to become director of the state district office of the U.S. Small Business Administration in Anchorage, Alaska.

Chubbuck Mayor Kevin England offered a prayer during the ceremony, recognizing the sacrifices by the soldiers and their families.

“Even under the restrictions we have at this time we live in the freest land in the world,” England said.

County Commissioner Ernie Moser issued a proclamation, recognizing May 22 through May 25 as Idaho Field of Heroes Memorial Days.

“Since 2004, the Field of Heroes has been a one-of-a-kind tribute to every service member who has died since Operation Iraqi Freedom,” Moser said.

The closing ceremony will be streamed live on the Idaho Field of Heroes Memorial Facebook page beginning at 5 p.m. on Monday.