The Idaho Capitol building in Boise.

The American Civil Liberties Union of Idaho and Legal Voice are asking a federal court to block the enforcement of a new Idaho law that bars transgender girls and women from playing on female high school and college sports teams.

The two groups filed a lawsuit in U.S. District Court in Idaho two weeks ago seeking to get the law overturned on constitutional grounds. This latest motion, if granted, would prevent the law’s enforcement as the case works its way through the courts.

The Fairness in Women’s Sports Act, which was sponsored by Rep. Barbara Ehardt, R-Idaho Falls, will take effect on July 1 unless the court blocks it. It says if a player’s gender is disputed a school would request the student “provide a health examination and consent form or other statement signed by the student’s personal health care provider,” verifying their sex with one of or a combination of an examination of the student’s physical anatomy, genetic makeup or the testosterone their body produces. This would replace the current policy of the Idaho High School Activities Association, which lets transgender girls and women play on female teams after a year of hormone therapy. 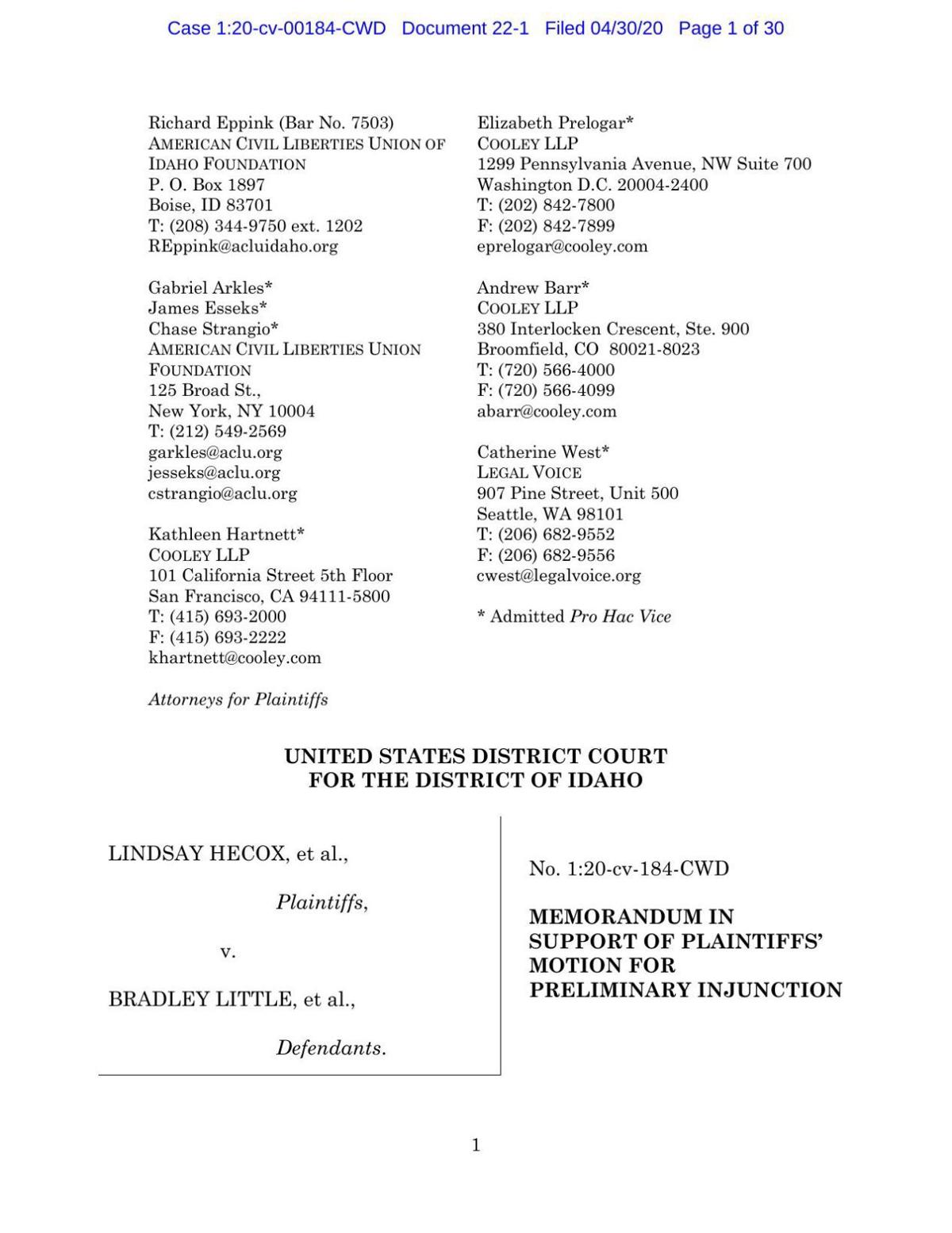 The bill passed with overwhelming support from Republican lawmakers, who said it would ensure women and girls don’t face unfair competition from athletes who were born male but was opposed by Democrats, civil rights groups such as the ACLU and representatives of the transgender community.

“During the legislative session, the community expressed alarm about how girls — and only girls, not boys — would be required to submit to sex verification,” said Chelsea Gaona-Lincoln, litigation support coordinator for Legal Voice. “It’s important the court prevent such intrusive testing from beginning.”

The plaintiffs in the suit are Lindsay Hecox, a transgender woman who goes to Boise State University, and an unnamed Boise High School student athlete. The defendants include Gov. Brad Little, Superintendent of Public Instruction Sherri Ybarra, the Boise school district, state Board of Education and BSU. The Idaho Attorney General’s office, which is representing most of the defendants, declined to comment Thursday, citing the pending litigation.