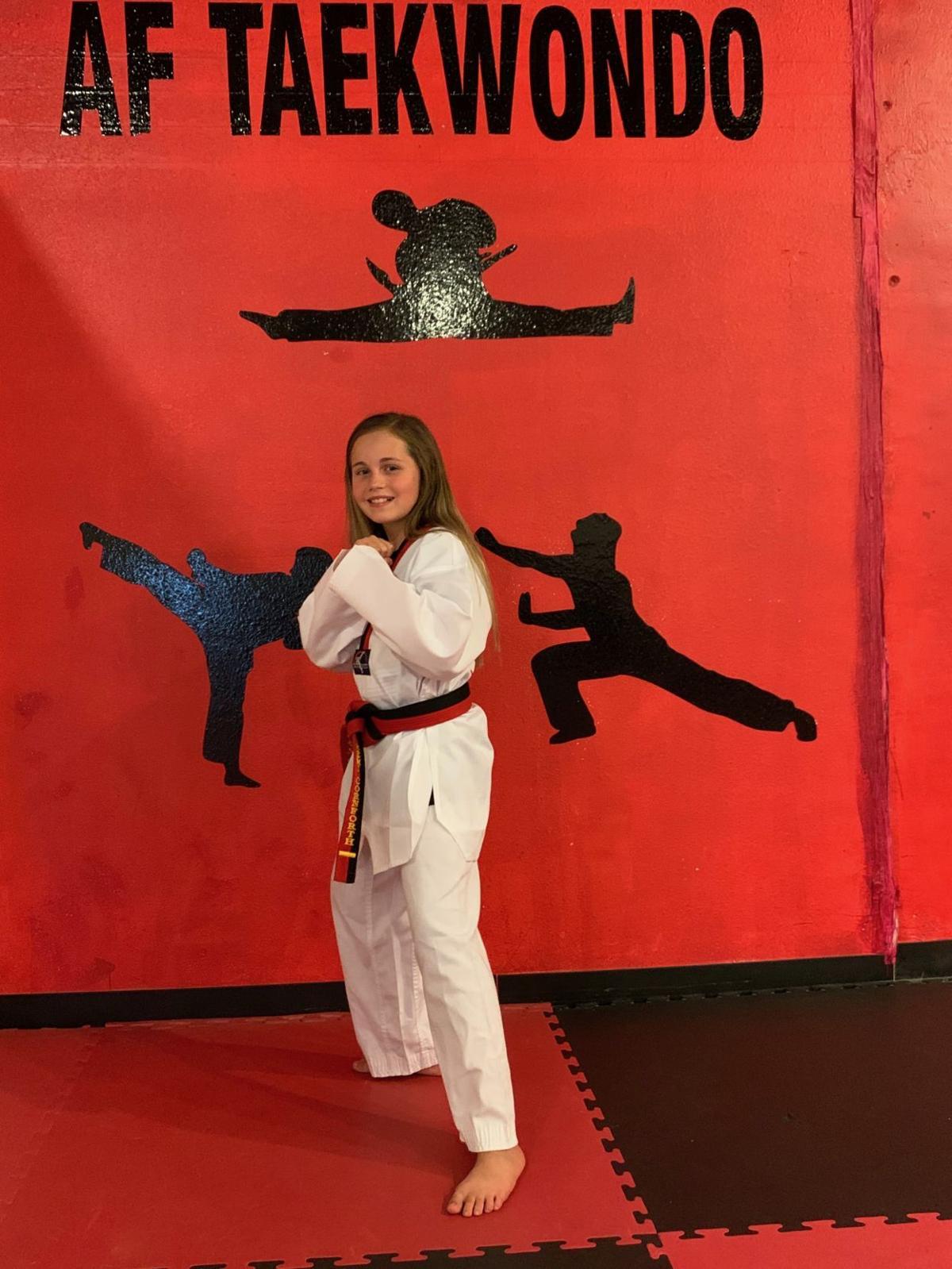 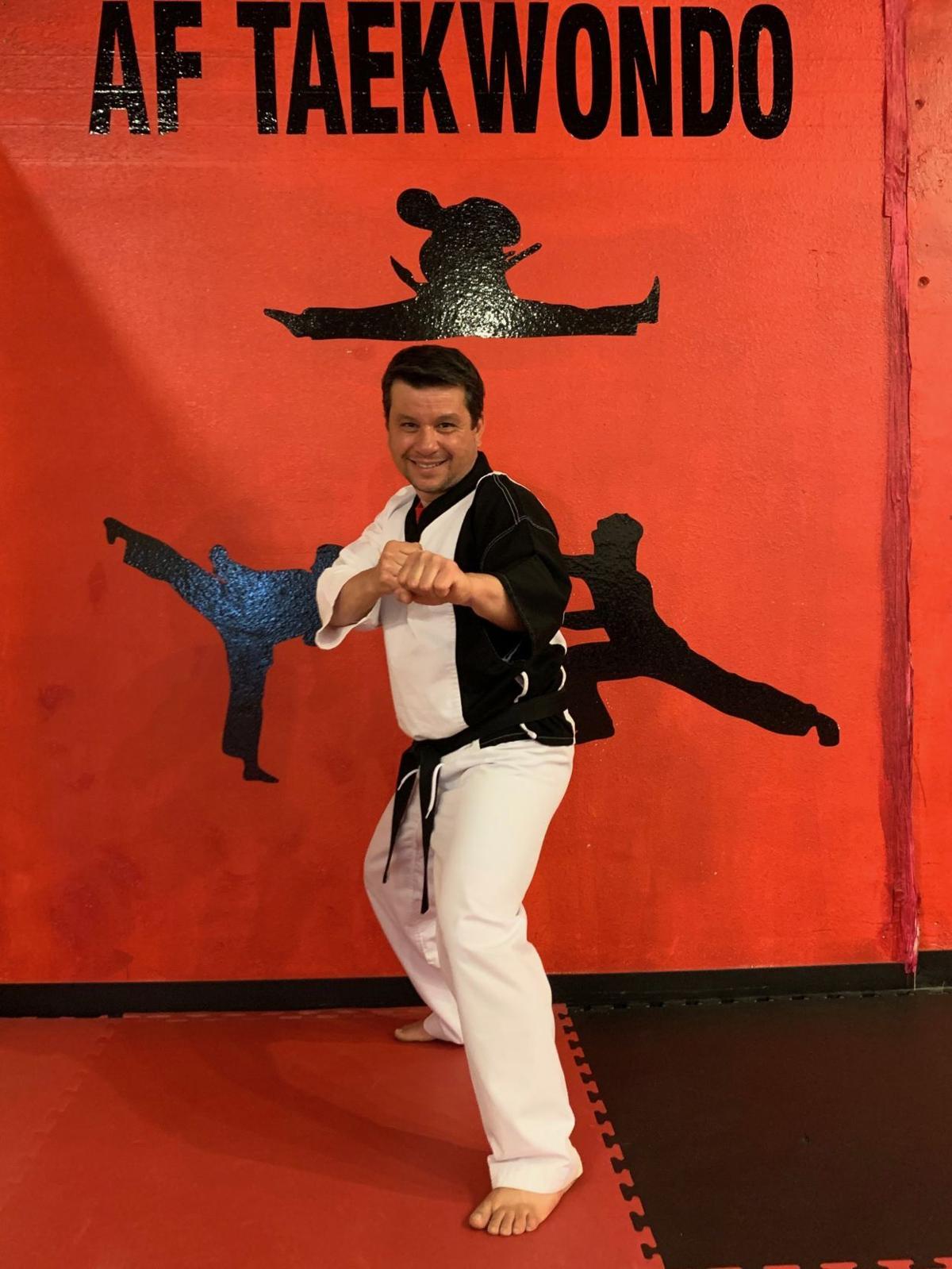 Samer Hanini, the owner of American Falls Taekwondo, poses for a photo.

Samer Hanini, the owner of American Falls Taekwondo, poses for a photo.

AMERICAN FALLS — Ten-year-old Remington Cornforth is no stranger to the hard work that comes with athletic activities, whether it be tackling basketball, baseball and hiking — or breaking boards and training with a bo staff in Taekwondo.

But just this summer Remington has once more discovered the reward of hard work by being the first youth at American Falls Taekwondo to receive her first Poom junior black belt under the World Taekwondo Federation.

“Remi is very talented,” said Samer Hanini, her teacher at American Falls Taekwondo. “It was a long journey for her but she did it.”

Remington, who was a little under 5 years old when she started training at the studio, said she initially started with the Intermountain Taekwondo Association but switched to the World Taekwondo Federation in June of 2019. This transition from the different schools of training meant Remington had to relearn from square one the different forms and techniques.

“She was getting ready to test with the black belt in (the Intermountain Taekwondo Association),” said her mother, Shannon Cornforth. “And then we decided right before she was getting ready to test… that we were going to switch our school over to (the World Taekwondo Federation). She had to relearn from stage one… the very first belt all the way up to the red belt again to test again through (the World Taekwondo Federation). She’s learned years of belts in one year.”

Cornforth said “it was a lot harder” with the World Taekwondo Federation for Remington “with the forms and poomsaes” because “they’re a lot more intricate and there’s a lot more steps to the forms for the kids to memorize.”

Remington said, “The training was hard because a lot of it had a lot of techniques and it took a while to learn it and you had to keep it in your brain to remember it. So it took a while for me to get that high in my black belt.”

Because of this increase in memorization, Remington said it was a challenge and that at one point she wanted out.

“I really wanted to quit because it was getting pretty difficult,” Remington said.

Along with earning her first Poom junior black belt, she is also part of the American Falls Taekwondo demo team that performs at schools and sporting events around the area, and she also student teaches with Sam for the younger classes.

“She’s also already taught a couple classes herself in Aberdeen with kids her age that were all boys,” Cornforth said. “It was pretty awesome.”

Remington’s got her eye on opening up a small martial arts studio to teach younger children in Aberdeen in order to earn money for college down the road, although she says that’s an endeavor she’ll pursue when she’s a little bit older.

“I have a lot of plans for her,” said Hanini, who recently earned his fourth degree Dan black belt, which means he now has the title of “master.”

He added about Remington, “She’s a great instructor and I think one day she could take over my studio.”

For Remington, one major source of encouragement and inspiration has been her family, especially her uncle Dillon Reid, who she says has a third degree black belt with the American Taekwondo Association.

“He’s one of her biggest cheerleaders from afar,” Cornforth said. “He lives in Oklahoma, but he’s very, very proud of his little niece.”

While the training has been challenging, both Remington and her family are thrilled over her accomplishments and look forward to what she will do in the future.

“(It’s been) nerve-racking,” said Cornforth. “It’s been amazing. It’s been exciting. It’s been one of the proudest moments of my life. I’ve watched her with every tournament, every practice, everything. It’s been a wild ride but it’s been an amazing ride. I’m so proud of her.”

American Falls Taekwondo is located at 176 Idaho St. and is open Monday through Saturday from 3 p.m. to 6 p.m. Those interested in joining classes can call 208-240-7012 for more information.