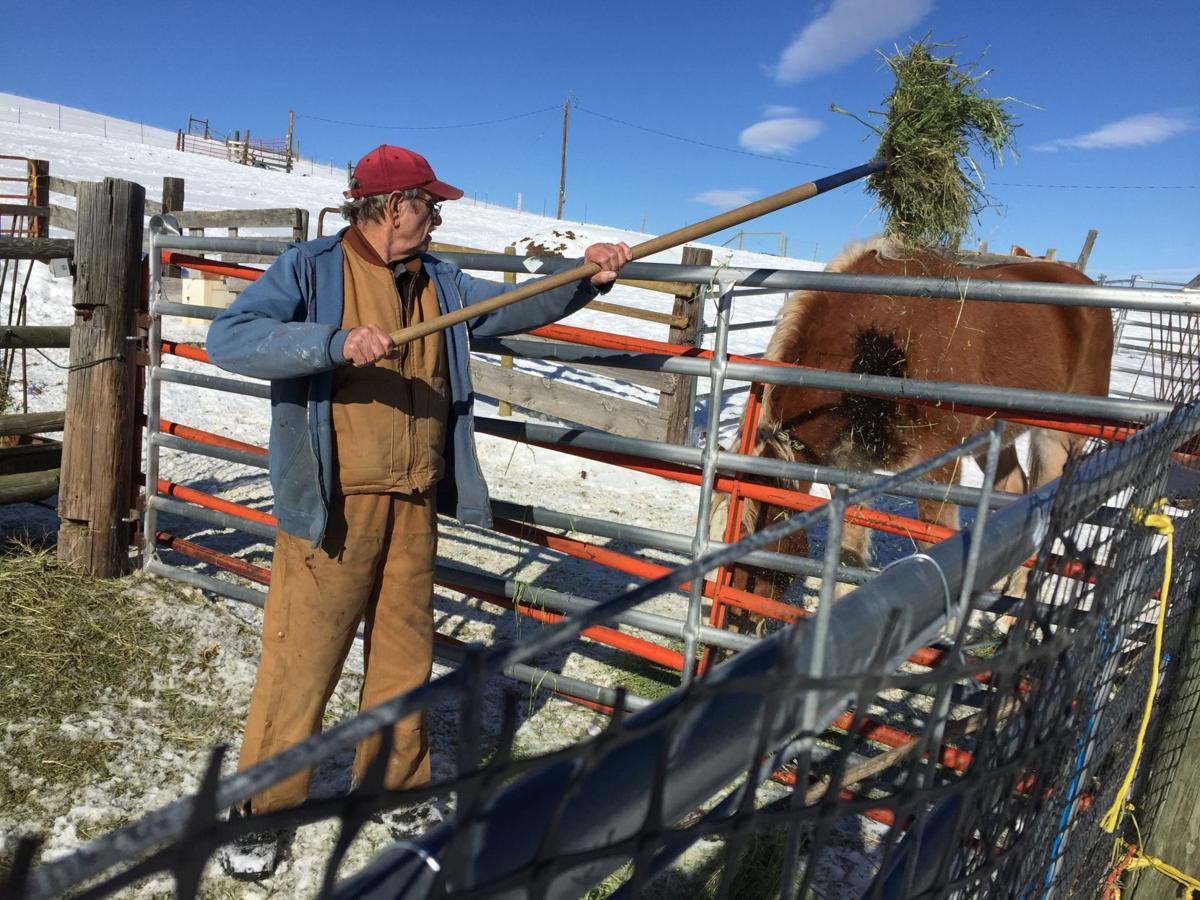 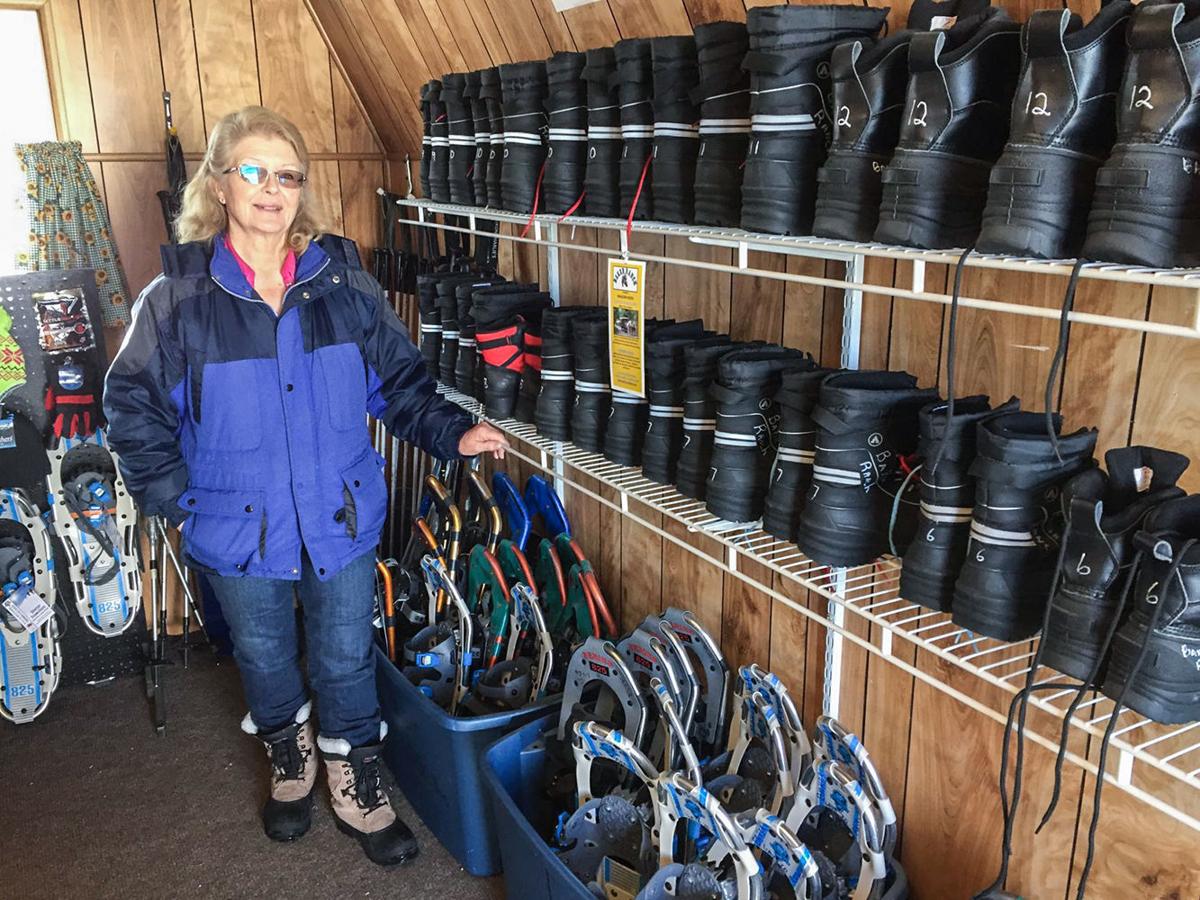 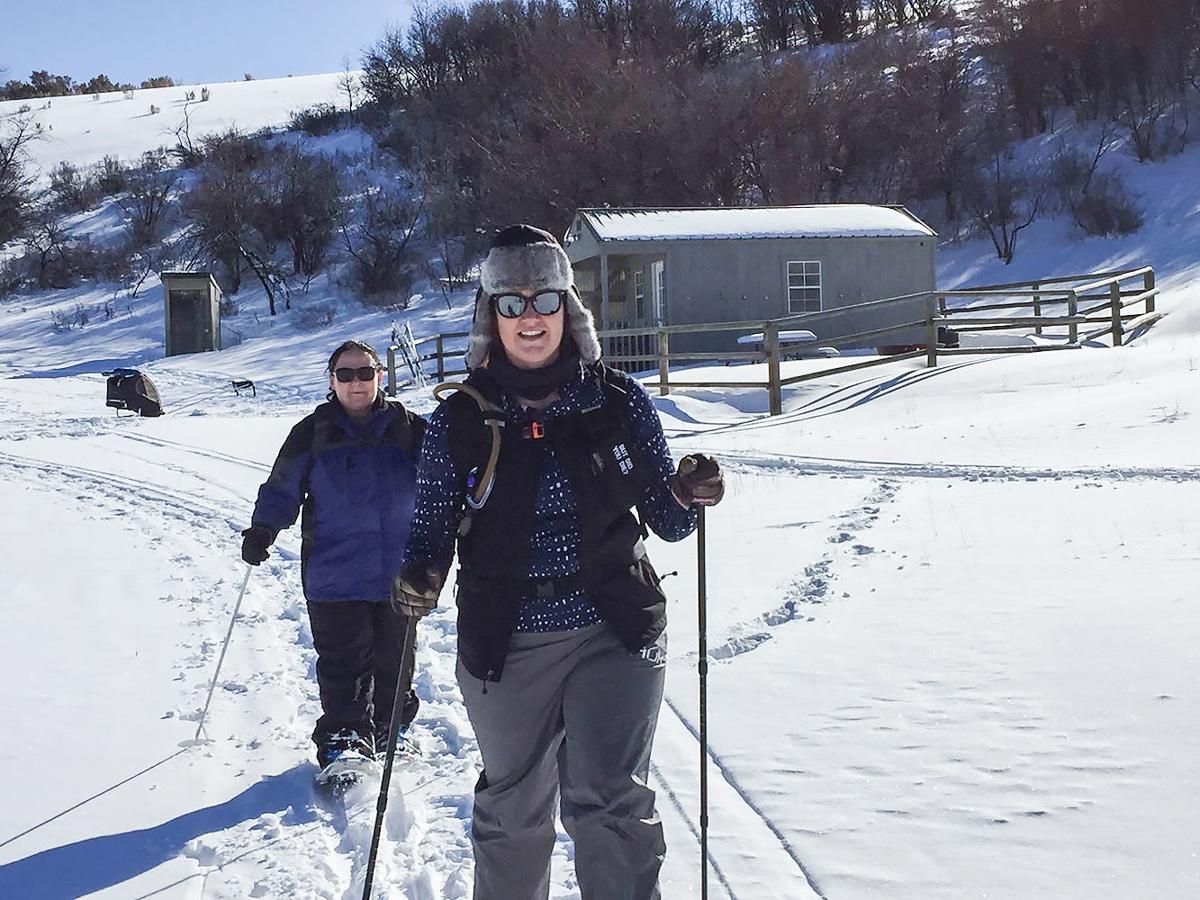 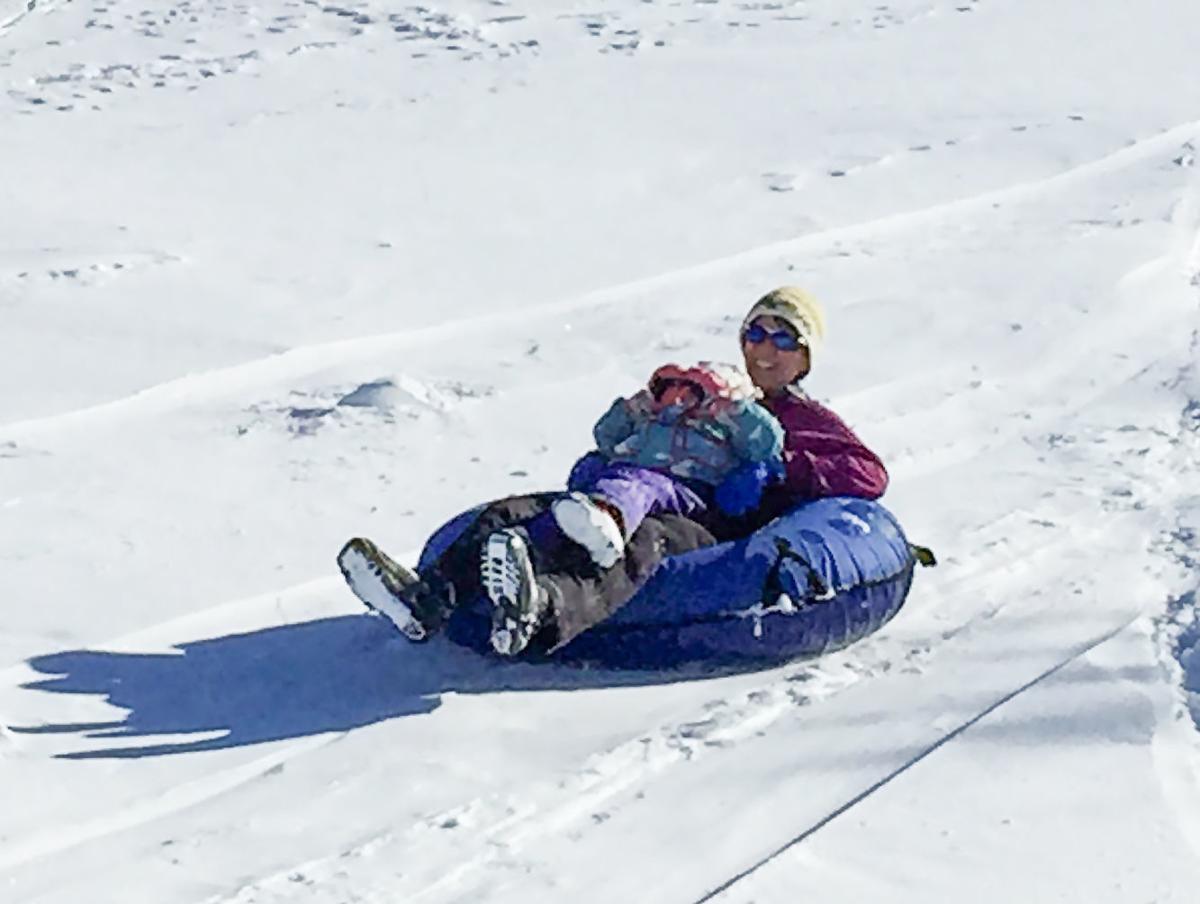 LAVA HOT SPRINGS — Rex Baker came up with the idea that saved his small family farm and ranch while he was selectively logging trees within his pasture to generate some extra income.

It was 1992 and he’d just been laid off from Union Pacific Railroad — a job that also helped support his Baker Ranch. As he was thinning trees, however, he thought about how much he enjoyed the scenic beauty of the landscape and realized others might pay to spend some time in such an idyllic setting.

Located about 2 miles south of Lava Hot Springs off of Dempsey Creek Road, Baker Ranch is now well known by people from throughout the region, and agricultural tourism is its life’s blood.

During winter, church and youth groups, families and groups of friends head to Baker Ranch to snowshoe, cross-country ski and tube down a nice-sized sledding hill. Adjacent to the hill — which is about a half-mile snowshoe trek from the road — is a heated warming hut, where groups can take a picnic break or spend a lazy afternoon watching the kids zoom by on their tubes.

Rex Baker, who is a fourth-generation farmer and rancher, and his wife Peggy Ann derive most of their agri-tourism income, however, from summer wagon rides. Their powerful workhorses pull wagonloads of visitors throughout the property, stopping at a creekside for a large western dinner and an evening of entertainment.

They also sell flats of their homegrown raspberries and homemade raspberry jam, produced in their certified kitchen, from their ranch and at the Portneuf Valley Farmers Market.

“It makes a pretty interesting life for us,” Rex Baker said. “We enjoy people. Our clientele is great.”

Not one to be sedentary, Rex Baker has also started a fencing company and has a waiting list from customers ranging from working ranchers to residential property owners seeking to add ambiance to their ranchettes. Nowadays, he also draws a railroad pension.

Rex Baker raises enough dry-land alfalfa to feed his own horses and about 40 ewes belonging to his daughter, Autumn. Autumn, who works at Idaho State University, raises royal whites, which are a breed of hair sheep known for their outstanding taste. She sells the lambs in the fall directly to customers, who typically have them butchered at a Blackfoot facility.

The Bakers lease most of their pasture to a friend, who runs about 50 cow-calf pairs on the land.

“A lot of people are really kind of wanting to get back to nature a little bit,” Rex Baker said. “They really appreciate seeing the sheep and the big horses pulling because they have no concept of that. They get on these wagons and they’ve never been around (workhorses), and they’re just absolutely amazed by the power of these horses.”

Rex Baker’s great-grandfather, an Australian immigrant named Jesse Baker, homesteaded in 1896 near the former town of Dempsey, which is now Lava Hot springs. Rex Baker’s grandfather, Alfred Baker, eventually took over the family business and sold the land around 1945. Rex Baker’s parents, Harold and Lucil Baker, had worked for Alfred Baker herding sheep and bought 170 acres of the original ranch when Alfred Baker sold out.

“Most of it had to be broken out. It was all sage brush,” Rex Baker said.

About 15 years later, they bought another 500 acres. Rex Baker continued the family’s legacy, renting the property from his mother for about five years before purchasing it in 1976 to raise cattle.

“We did that for about 35 years, with outside work to keep it going,” Rex Baker said. “We sold the cattle about 15 years ago and focused more on our agri-tourism business and kind of jumped in with both feet.”

The winter activities were added to the list of offerings at Baker Ranch shortly after they sold their cattle.

Rex Baker explained he and his wife have always enjoyed snowshoeing throughout the 170-acre property. They eventually marked public trails and brought in a ticket office.

“We kind of liked it and it was good exercise,” he said. “We thought, ‘Heck, maybe other people would kind of enjoy this.’”

There’s a half-mile cross-country skiing trail through the dry-land farm and a mile loop through steeper pasture for snowshoeing.

They leave tubes and sleds by the warming hut, which they added a few years later. The trail fee is $8, and they rent snowshoes for $7 and snow boots for $5. They stay open as long as there’s good snow and usually have to close by the start of March, when conditions become too “sticky.”

Trish Phelps of Blackfoot made her first trip to snowshoe at Baker Ranch about a month ago. She enjoyed the solitude of the ranch, so she returned on a recent Saturday with a friend, Sandy Medina of Pocatello.

“I just like the easy pace of it, that there’s really no rush to make it through. It’s quiet, and you don’t have a lot of people,” Phelps said.

The summer trail rides are $40 for adults, and discounted rates are offered to children, based on age. The trail ride season runs from the weekend after Memorial Day through the end of September.

The ranch has four wagons — a friend built the prototype, which Rex Baker tweaked. He and his brother-in-law then built the fleet up to four wagons, in addition to making a few that they’ve sold over the years.

They take groups of 30 to 70 people on their wagon rides, which use the logging trails created back when Rex Baker selectively harvested his 500-acre property. An approximately 40-minute ride ends by a creek and a pavilion, where dinner and live country western music are waiting.

“It’s getting busier and busier,” Rex Baker said. “People are finding out about us.”

Rex Baker laments that much of the agricultural land surrounding Baker Ranch, including a good part of his grandfather’s original ranch, has been developed.

“That’s kind of happened all over Dempsey. There’s really not too many ranchers around here, truth of the matter,” he said. “We’re kind of getting to be the last hurrah.”

To make a reservation or get more information, visit bakerranchlava.com or call 208-776-5684.